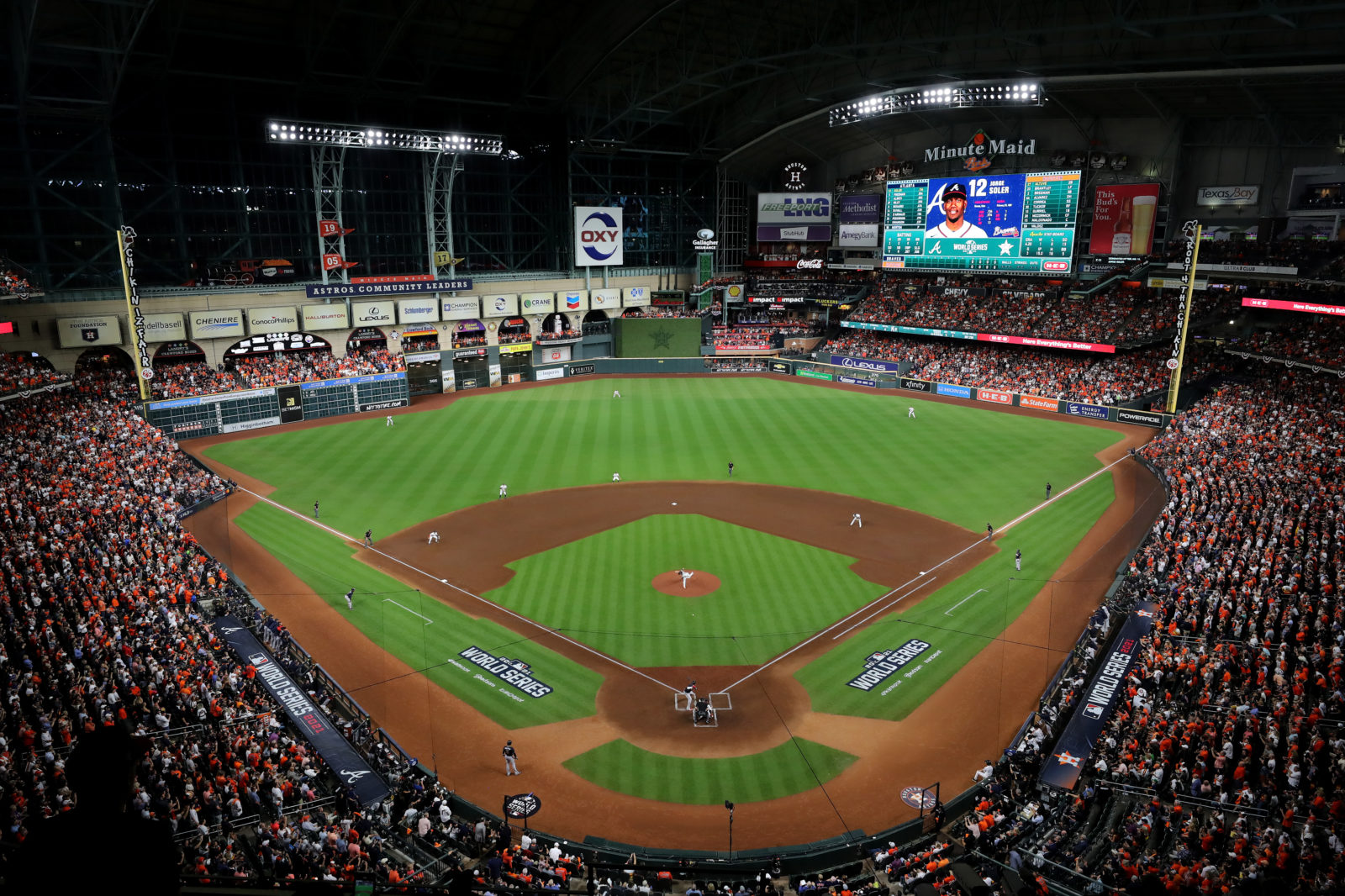 As high school seniors, Jake Mintz and Jordan Shusterman saw a humorous video on the Internet — Yoenis Cespedes, then an outfielder for the Oakland Athletics, roasting a pig over a spit — and made a Twitter account parodying it. @CespedesBBQ was born in Mintz’s parents’ living room, and soon became a hub for out-of-left-field takes on Major League Baseball’s most eccentric and interesting players. (The account’s content is not devoted only to Cespedes.)

It’s a classic 21st-century story: Teenagers post some jokes online. They get a few friends to follow them, maybe a couple hundred strangers, too, if they’re lucky. It’s a funny story to tell when they meet new people, a nugget to dish out at college parties.

But for Mintz and Shusterman, now both 26, the Twitter account became a viral sensation in the baseball world (124,600 followers and counting) and led to full-time careers covering the sport.

“Old us is more unhinged,” Mintz said, laughing, in a phone call from Houston, where he and Shusterman are covering the World Series between the Atlanta Braves and Houston Astros for the Fox Sports Network. As they gained followers, earned college degrees and signed contracts with big-name brands, their content has gotten less quirky and more professional. “We are not who we were in college. None of us are. I hope so, at least. With time you grow, and you change and you age, and that’s OK,” Mintz said.

A lot has changed for Mintz and Shusterman since they launched @CespedesBBQ in December 2012. But their story begins years before that — as kids who grew up going to the same synagogue, Ohr Kodesh Congregation in Chevy Chase, Md.

“We didn’t particularly like each other,” said Mintz. (Shusterman was not available to be interviewed due to obligations at the World Series.) “We were the loud blonde kids who liked sports, like, ‘This town is only big enough for one of us.’ And so we clashed a little bit.”

The pair attended middle school at Charles E. Smith Jewish Day School in Rockville. They began to bond over a shared love of baseball when Shusterman left for high school. “We would post on Facebook about random baseball things,” Mintz recalled. “I was like, ‘Well, I could talk to him.’ It’s not like we actively hated each other or anything. It was just a middle school dislike.”

They also didn’t have many other options for baseball-loving friends, since most of their classmates preferred basketball or football. “We realized that the other person was one of the few people we knew who also liked baseball,” said Mintz.

Jewish tweets are peppered throughout the account’s content; in 2017, an excited Mintz tweeted that he made the Jewish Division III All-American baseball team. “THIS IS THE HAPPIEST DAY OF MY LIFE,” he wrote. A 2017 tweet about Jewish players at that year’s World Series (Alex Bregman, Joc Pederson, Garrett Stubbs for the Astros and Max Fried for the Braves) included the hashtag “#MOTsRepresent” — a reference to ”members of the tribe.”

This year’s World Series has its own Jewish twist, with four Jewish players taking the field. “Whenever I run into a Jewish player, it’s something I talk about,” said Mintz. When he was at Fenway Park earlier this fall, he chatted with Red Sox Chief Baseball Officer Chaim Bloom about the High Holy Days. “I can go to most Major League Baseball stadiums, and there’s probably some writer somewhere who can make shtetl references with me,” Mintz added. 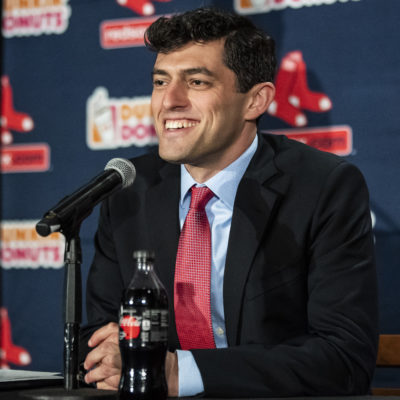 Soon after they launched their Twitter account, Mintz departed for a three-month study-abroad program in Israel with his high school.

“I was basically waking up Israel time, watching highlights, writing about it,” Mintz explained. Shusterman “would wake up D.C. time, I would have a thing that I would have written, and he would post it.” If it sounds like a fine-tuned media operation, “it certainly was not,” Mintz noted.

The original intent behind the account was parody, but it was also serious baseball commentary — until they realized plenty of that already existed.

“No one’s ever gonna care what two 17-year-olds think about that. You just go to ESPN or you go to Fox Sports, or you go to any number of baseball-specific websites where real adults are doing real analysis,” Mintz acknowledged. “So we just made jokes. We pivoted and just started tweeting things that we thought were entertaining. For a long time, no one really cared.”

That began to change the summer Mintz and Shusterman graduated high school, before Mintz went to play Division III baseball at Washington University in St. Louis and Shusterman left for The College of Wooster in Ohio. (“If you wanted to oversimplify things, it’s like the jock and the intellect,” Mintz said of him and Shusterman, who had played recreational baseball as a kid.)

Mintz and Shusterman attended an event for another sports website, where they met more people in their corner of the Internet and began to spread the word. “It just kind of snowballed from there, gradually,” Mintz said.

In college, the pair continued tweeting. They also created a blog and launched an independent podcast. It was during their sophomore year that Mintz realized @CespedesBBQ had really grown.

“The memory I have that really sticks out is being at a game, and someone in the stands recognizing my voice from our podcasts, having listened to it on the way to the game,” Mintz recalled. “I just remember being like, ‘Oh, well, that’s weird.’”

They continued to plug away at their content in college, and eventually MLB reached out, offering the pair an internship. “We did a road trip for them, where we drove from D.C. to New York to San Diego and back. It took about 30 days, and we saw a bunch of baseball games and wrote about it. It was awesome,” said Mintz. The internship turned into a job offer, and in 2017 they joined full-time — marking a new phase for the scrappy @CespedesBBQ account.

“I never thought that would be my life,” Mintz said.

At the start of this year’s baseball season, he and Shusterman moved to Fox Sports, where they write analysis and create digital videos. They also have a podcast, “Baseball BBQ,” with the sports media company The Ringer.

For Mintz, the driving force behind his work on baseball goes back to his experience as a middle school baseball fan.

“We are obsessed [with baseball]. It is our lives. Any closer that I can bring anybody to me is a worthwhile experience. And whether that’s getting someone who knows nothing, cares zero to go to a game, that’s great. Whether or not that’s someone who’s super obsessed getting even more obsessed, that’s also great,” Mintz said. “We are not a proselytizing people. Jews do not recruit well. I don’t think we’re preachy about it, necessarily. But it’s more just bringing energy and passion to the thing we love and hoping that people catch on to that.”

Mintz is a Baltimore Orioles fan, so he hasn’t had much personal gratification in recent years. But seeing the Washington Nationals win the World Series in 2019 brought what felt like solid vindication for his middle school friends who weren’t into baseball.

“It was cool to see the city that I grew up in care so much about the thing that I care about,” Mintz said. “People I went to high school with were texting me about random players in the Nationals. That was cool for a month.”

“It’s kind of these two baseball lifers with a lot of respect in the industry squaring off against one another on the biggest stage,” Mintz said.

Hanging over it all is the Astros’ sign-stealing cheating scandal that was revealed in 2020, tainting their 2017 World Series victory.

“People will always hold that over their heads,” said Mintz. “But at the same time, there are only four players remaining on the roster from that team. I’ve been trying to explain to people that some of these players on the team now were in college when it happened. You can’t hold that over them.”

Still, Mintz continued, “It will define the Series. If the Astros win, the narrative in some ways will be, you know, society does not punish those who cheat — and in some ways it will be well, maybe the cheating didn’t matter that much all along, because I guess they were just good.”

While the account has come a long way from its namesake, the spirit of Yoenis Cespedes, the beloved namesake of Mintz and Shusterman’s claim-to-fame Twitter account, lives on.

“He was very gracious,” said Mintz, who has met Cespedes once. The account “has always been kind of a tribute to him and what he represents in baseball, which we see is a fun-loving, joyous player who doesn’t take things too seriously.”