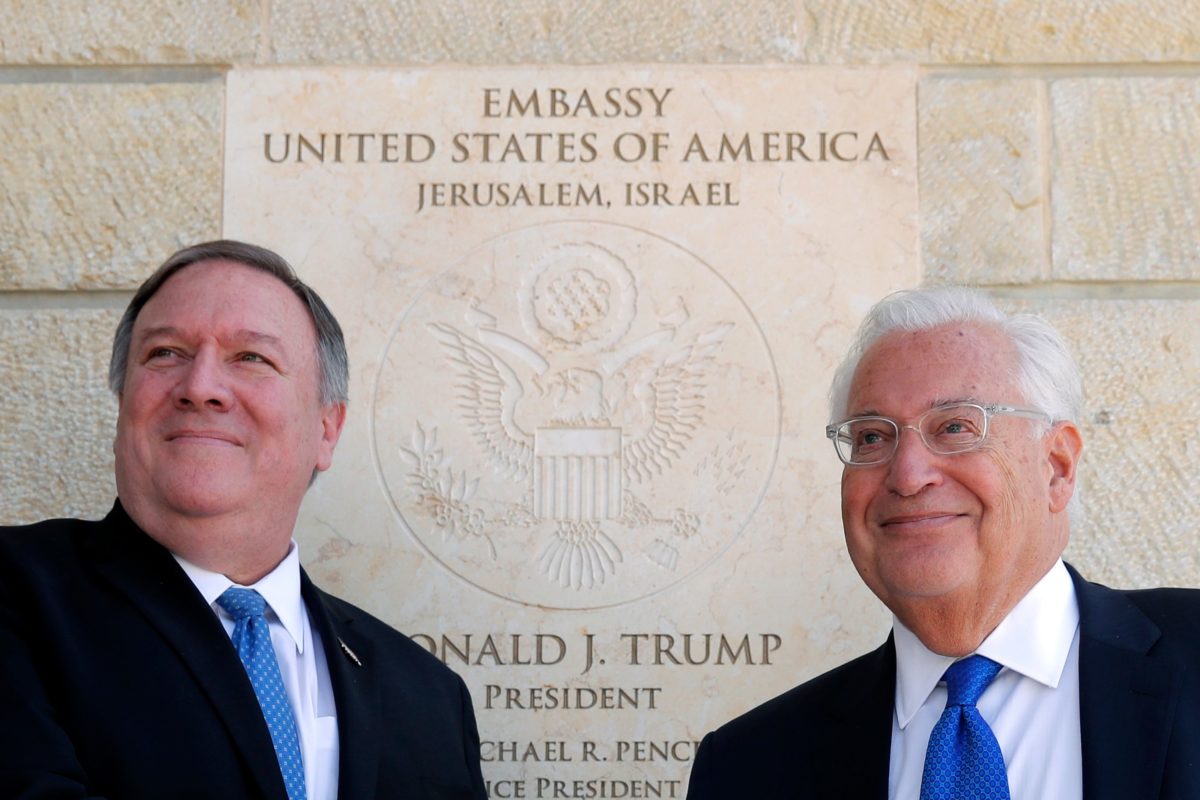 US Secretary of State Mike Pompeo (L) and US ambassador to Israel David Friedman stand next to the dedication plaque at the US embassy in Jerusalem on March 21, 2019.

“I think it’s illegal,” Pompeo said. “We don’t have consulates in the same city we have embassies anywhere in the world.”

The U.S. consulate in Jerusalem was closed in 2018 following the decision by the Trump administration to relocate the U.S. Embassy from Tel Aviv to Jerusalem. At the time, Pompeo announced that Palestinian relations would be handled by a special affairs unit within the embassy. In May, Secretary of State Tony Blinken announced the State Department would reopen a Jerusalem consulate.

Asked if a future Republican president would reverse such an opening, Pompeo, considered a possible 2024 presidential candidate, called the issue non-partisan. “I think every president needs to commit to it.”

“It’s unnecessary and counterproductive, and I think, frankly, sends the wrong signal to the Palestinians as well,” the former secretary of state continued. “It signals to them [that it’s] back to business as usual, back to the kleptocracy, and ‘pay to slay’ and all the horrors that the Palestinian leadership and the West Bank [has] imposed on its own people as well,” he said, invoking a term used for the Palestinian Authority’s payments to families of individuals who commit terror attacks against Israelis.

The full interview with Pompeo will be available on Tuesday.