The president condemned antisemitism, reiterated his support for Israel and urged the Jewish community to support Afghan refugees 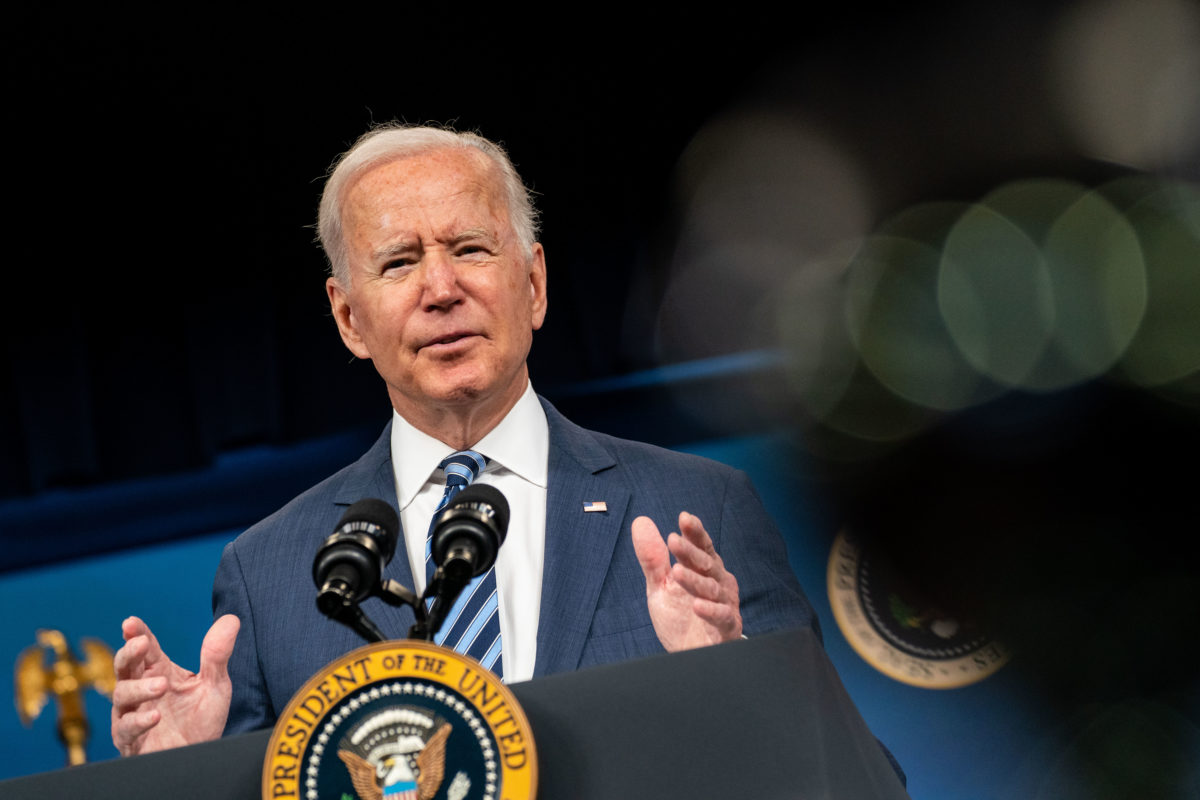 In a Thursday Zoom call attended by over 1,000 rabbis, President Joe Biden shared Rosh Hashanah greetings and commended the U.S. Jewish community for being the “backbone of staying with what’s right.”

The event was organized by the Religious Action Center of Reform Judaism and hosted by Chanan Weissman, the White House’s new liaison to the Jewish community. Rabbi Michael Beals, long known as Biden’s hometown rabbi in Delaware, delivered an opening blessing at the start of the event, before the Rabbinical Council’s Rabbi Mark Dratch introduced Biden.

The president spoke at length about the urgency of addressing rising antisemitism and bigotry in the U.S., and he praised the Jewish community for being a partner in the fight for justice while also sharing some of the familiar stories he has shared with Jewish supporters for decades.

“I must start off with an apology,” Biden began, noting that he had wished to host a Rosh Hashanah event with rabbis, a tradition he began as vice president when he invited members of the Jewish community to his home at the Naval Observatory ahead of the High Holidays but was not able to do this year because of the COVID-19 pandemic. “I hope next year — not only next year in Jerusalem, next year at the White House, God willing,” he said.

Biden took the teachings and traditions of Rosh Hashanah and applied them to the early months of his presidency. At the Naval Observatory, “we served apples and honey as a sign of America’s capacity to change and progress,” said Biden.

“The season of Elul is a sacred time for Jews here in America and around the world,” Biden said, and “the message of the holidays, I’ve always believed, is universal: renewal. Renewal. When I was running for president, I placed the idea of renewal at the center of my campaign. I said my mission was to restore America’s soul.”

The president also reaffirmed his support for Israel’s security: “In this new year, we’re going to  have to remain steadfast in our pursuit of peace. We never waver on our support for the future security of the State of Israel,” he said.

In describing a meeting with former Israeli Prime Minister Golda Meir, Biden relayed one line Meir told him: “We Jews have a secret weapon,” Biden recalled the prime minister saying. “We have no place else to go.”

“We have to continue to fight like hell to make sure there’s any place we got,” said Biden. “We’re going to maintain those deep bonds that started at the birth of the Jewish state, a bond I had the honor of renewing with Prime Minister [Naftali] Bennett at the White House last week.”

Biden mentioned the 2018 massacre at the Tree of Life synagogue in Pittsburgh, arguing that fighting antisemitism is a core American value. “Antisemitic attacks aren’t just a strike against the Jewish community. They’re striking against the soul of our nation, and the values which we say we stand for,” he said.

In his speech, Biden defended his recent decision to remove all American troops from Afghanistan. He also enlisted American Jews in the task of helping resettle and welcome Afghan refugees.

“We now embark on the next phase of this mission, which is a cause that the Jewish community has so often led, whether it was Soviet Jews coming to America or Ethiopian Jews headed to Israel,” Biden said. “We have to integrate these newcomers and help them begin to renew and rebuild their own lives.”

The call was attended by the leaders of all four American Jewish denominations — the Reform Central Conference of American Rabbis, the Conservative Rabbinical Assembly, the Orthodox Rabbinical Council of America and the Reconstructionist Rabbinical Association.