Ashlee Bond is show-jumping for joy

The Israeli-American equestrian fell short in the individual competition, but still has a chance to medal with her team 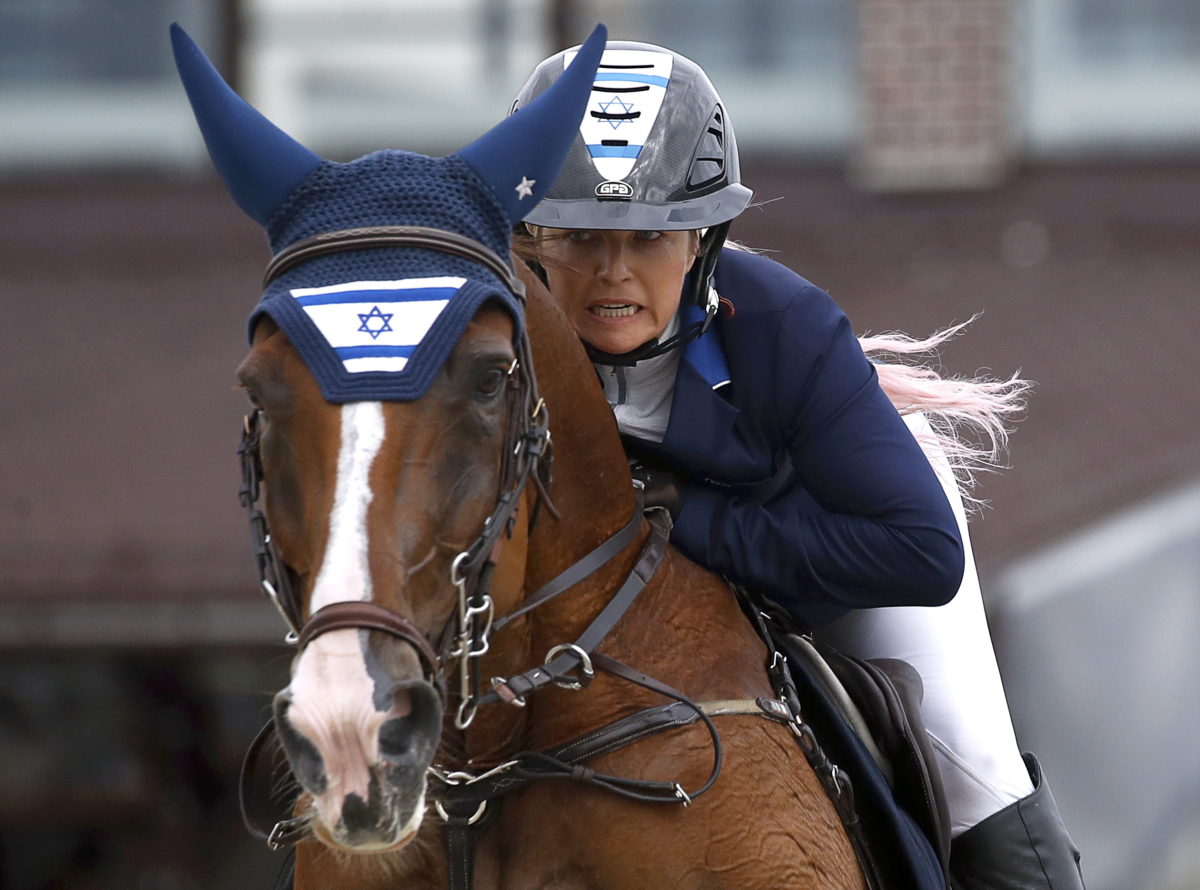 Israeli-American equestrian star Ashlee Bond, who learned to ride in the foothills of the Santa Monica Mountains in Calabasas, Calif., was so jazzed after her third-place finish in Tuesday’s qualifier in Individual Jumping at the Olympic Games in Tokyo, she took to Instagram — and spoke directly to her horse, Donatello 141, or Donnie.

Bond, who ultimately fell short in Individual Jumping but will go on to compete with the rest of the Israeli team later this week in the group event, wrote in an Instagram post, “Donnie, you’re unreal 🦄!! Clear and fast in tonight’s Olympic individual qualifier, finishing third — which has us in a great position for tomorrow’s individual final! Thank you, Donnie!! And thank you to everyone cheering from around the world!”

Bond, who has been riding horses most of her life, is a member of the first Israeli equestrian jumping team to qualify for the Olympic Games, along with Daniel Bluman, Elad Yaniv and Danielle Goldstein Waldman. In 2009, at age 24, Bond reached the top 40 in the FEI (Fédération Equestre Internationale, the sport’s governing body) world rankings, and was named The Chronicle of the Horse magazine Show Jumping Horseman of the Year for 2009. Now, 12 years later, she’s an Olympian with a shot at the gold.

Bond previously competed in the United States and became an Israeli citizen in 2018, allowing her to compete for the Jewish state. Her father, who taught her to ride, was born and raised in Haifa before moving to the United States when he was 12.

“My dad put me on a horse before I could walk,” Bond said on “The Equestrian Podcast.” She is known for developing young horses to compete.

Despite her love of horses and show jumping, Bond stepped away from the sport after some early success to pursue other passions, such as acting and singing. But the passion returned when she was 21, when she traveled to New Zealand with her mother, who was there working as a film producer. “I got to fall in love with the animal again and riding in its purest form. It was definitely an ‘aha’ moment. I got home and got on a horse that day and haven’t looked back,” Bond, who was a member of Israel’s 2018 World Equestrian Games team, recalled.

Bond and her father run the family’s Little Valley Farms, which is located in Hidden Hills, Calif., a city in the Santa Monica Mountains right outside of Los Angeles. That’s where she grew up, and first became inspired to pursue show jumping. She went to Calabasas High School, along with other notable alumni such as Ezra Butler, a professional football player; Michelle Fields, a Fox News reporter; and Omer Fedi, an Israeli guitarist and songwriter. She’s married to Roy Meeus, a former Belgian professional soccer player, with whom she has a daughter.