Witnesses said that Lebanon’s military cannot be counted on to fight Hezbollah and the country is approaching complete state failure. 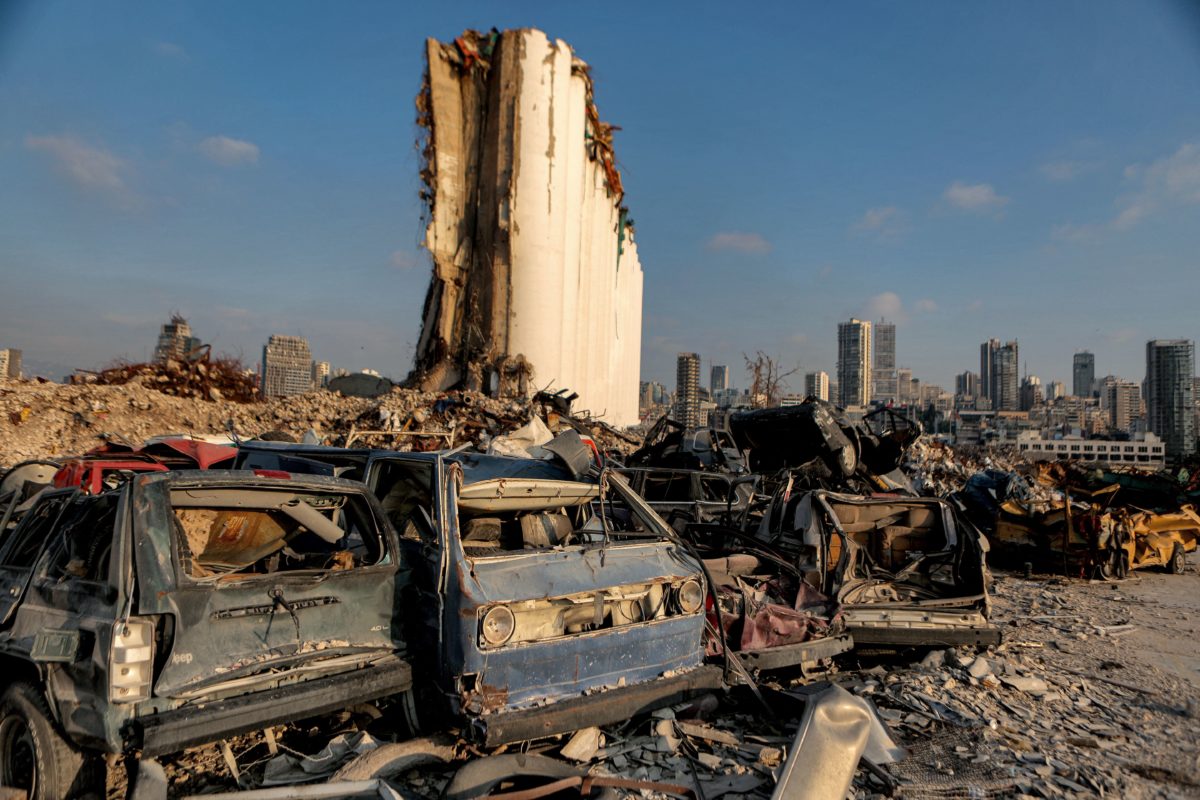 This picture taken on July 14, 2021 shows a partial view of the damaged grain silos at the port of Lebanon's capital Beirut, almost a year after the August 4 massive explosion that killed more than 200 people and injured scores of others.

A panel of experts warned House members at a Thursday House Foreign Relations subcommittee hearing that the Lebanese military cannot be relied on as a bulwark against Hezbollah and that the entire nation is on the brink of state failure. The hearing comes as Congress scrambles to figure out ways to press for changes in the unstable Middle Eastern nation.

Rep. Gerry Connolly (D-VA) started witness questions at the Middle East, North Africa and Global Counterterrorism Subcommittee hearing on an ominous note, asking, “Is the logic of a country, Lebanon, in fact really a false premise, that there really is no country to be had, that the logic of a Lebanon, as such, does not exist, that the sectional and communal differences are so fundamental that we’re never going to put it back together again as a sovereign, independent state that functions as a state?”

The rest of the hearing followed that somber tone. Expert witnesses Mona Yacoubian, the former deputy assistant administrator for the Bureau of the Middle East at the U.S. Agency for International Development; Randa Slim, a senior fellow at the Middle East Institute; and David Schenker, the former assistant secretary for the State Department’s Bureau of Near Eastern Affairs, offered dire assessments of the capabilities of the Lebanese Armed Forces’s (LAF), efforts to combat the Iranian-backed Hezbollah and the possibility of total state failure, among other issues.

Schenker said that the LAF “does nothing to oppose Hezbollah” and is increasingly weak in general, owing to issues like frequent desertions, low pay and food shortages. At times, he said, the LAF actually helps Hezbollah, for example, by restricting the movement of the United Nations Interim Force in Lebanon (UNIFIL). There are also a significant number of Hezbollah-affiliated individuals within the LAF itself.

Hezbollah’s efforts to upgrade its munitions with guidance systems represent a serious strategic threat to Israel, Schenker added, but there is “no hope whatsoever” that the LAF will go after Hezbollah in a meaningful way.

The rest of the Lebanese government is likewise in similarly dire straits, the experts testified.

“I don’t think there are good guys and bad guys. They are all bad, but there are shades of bad,” Slim said. “Some are worse than others. Hezbollah is the only party that has the kind of military arsenal to be able to impose its military will on everybody else… But everybody else is corrupt.”

“The good guys are the Lebanese people who are protesting in the streets and who are trying to upend this political system,” she continued.

“The lights are really flashing red in Lebanon,” Yacoubian said.

Witnesses argued that Lebanon should be a top U.S. priority in the region.

“I don’t think the U.S. can afford the damage to our own national security interests that would incur in the event of total state collapse in Lebanon,” Yacoubian said. “The implications of state failure in Lebanon cannot be contained. They will have enormous impacts.”

State collapse could create a displacement crisis and would likely most benefit Hezbollah, which is “best poised to weather state collapse,” she explained, possibly emerging stronger from it.

Witnesses emphasized that attempts to address issues in Lebanon should include a multinational pressure campaign from the U.S., European Union, the U.N. and Gulf states; consistent pressure to ensure that next year’s elections in Lebanon are held as scheduled; a comprehensive sanctions regime; and possible changes to how foreign aid is distributed in the country.

House members introduced a resolution calling for the EU to implement such a change earlier this week, and Sens. Jacky Rosen (D-NV) and Marsha Blackburn (R-TN) sent a letter on Wednesday to the prime minister of Slovenia urging him to prioritize the issue at the EU, JI has learned exclusively. Slovenia currently holds the presidency of the European Council, one of the EU’s governing bodies.

“Hezbollah is a terrorist organization and should be recognized as such in its entirety… One cannot distinguish between Hezbollah’s political and military branches,” Rosen told JI. “I applaud Slovenian Prime Minister [Janez] Janša for recognizing the threat that Hezbollah poses to Europe. Slovenia’s presidency of the Council of the EU presents an opportunity for the EU to confront Hezbollah’s activities in Europe, and so I urge Prime Minister Janša to continue his leadership.”

Schenker also said that UNIFIL’s presence should either be decreased if it is unable to carry out its mandate, or boosted along with a strengthened mandate and measures to hold Lebanon accountable if it does not help facilitate UNIFIL’s mission.

The expert witnesses diverged over the potential significance of Lebanon’s upcoming elections next year.

“The elections provide a pathway to introduce a new group of independent political actors from civil society who can eventually start to create a critical mass toward reform and toward change,” Slim said. “It’s better than the current status quo.”

Slim and Yacoubian added that the U.S. should apply strong pressure to ensure that the elections are held on time with strict international monitoring and that Lebanese expats are allowed to vote.

Slim also suggested establishing an independent supranational board of Lebanese experts to direct all aid going into Lebanon, advised by major international donors to Lebanon.

The experts emphasized that congressional pressure on the administration to prioritize Lebanon on the international stage will be critical to progress on the issue. They also said the U.S. should continue calling publicly for an independent international investigation of the deadly blast at Beirut’s port one year ago.

Rep. Darrell Issa (R-CA), who is Lebanese-American, and urged an international “process of tough love” during the hearing, introduced a resolution on Wednesday expressing support for the Lebanese people, calling for anti-corruption measures and reforms, supporting democratic representation and advocating for an accountable investigation of the Beirut explosion, among other provisions. That legislation has nine bipartisan cosponsors.