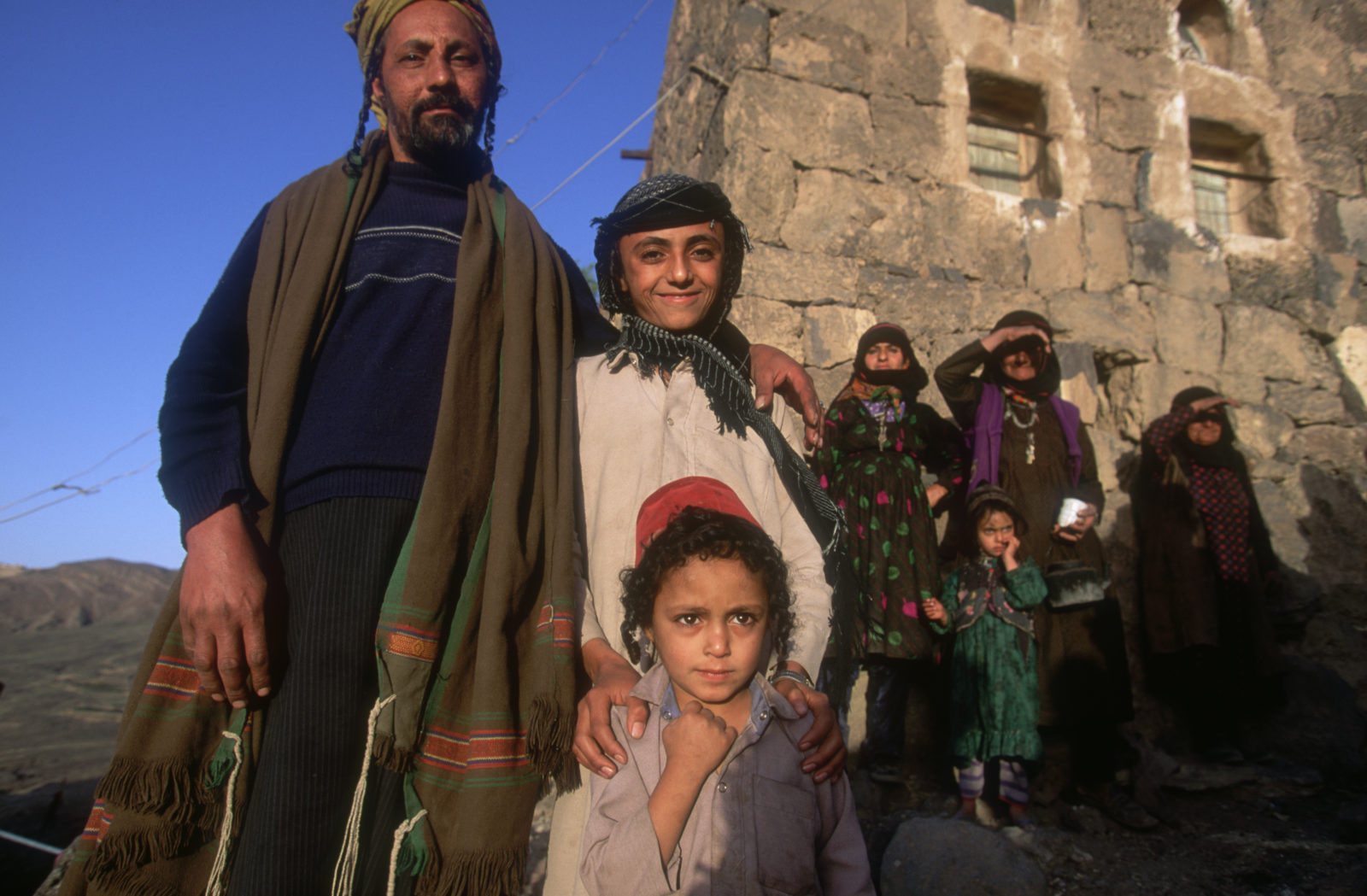 A Jewish man, Levi Marhabi, is being held hostage by Yemen’s Houthi rebels

Jews have lived in Yemen for nearly two millennia. A thriving community, which less than a century ago was 50,000 strong, has dwindled to single digits in recent months. In another few years, Yemen will be a country without a single Jew.

In March 2021, the majority of Yemen’s tiny Jewish population was expelled from the country. Months later, the circumstances of the departure of these 13 Jews are unclear — reports have said they were forced to flee the country in exchange for the release of Levi Salem Marhabi, a Jewish man who has been imprisoned by the Houthi rebels since 2016. But Marhabi remains imprisoned, one of the only Jews remaining in the country.

Marhabi was part of a small group of “people that love Yemen, and had no desire to leave whatsoever,” said Jason Guberman, executive director of the American Sephardi Federation, which has spearheaded a campaign on Marhabi’s behalf, in conjunction with the Conference of Presidents of Major American Jewish Organizations.

Marhabi was arrested for the crime of smuggling a national artifact out of the country, after he helped a group of departing Yemeni Jews bring an ancient Torah, said to be 800 years old, with them to Israel. Human rights organizations claim he now remains in prison solely because of his religion, and that his health is rapidly deteriorating.

According to a March 2021 report from the INSAF Center for Defending Freedoms and Minorities, a Yemeni NGO, Marhabi was arrested along with three Muslim men who were also accused of playing a role in removing the Torah from Yemen. But the other men have since been released, and a 2019 decision from an appeals court ordered that Marhabi also be released. Yet he remains imprisoned. INSAF reported that he “suffers from bad conditions, deterioration in his general health, health problems in the kidneys and lungs, in addition to losing all his teeth.”

Now, the only Jews left in the country, aside from Marhabi, are four elderly co-religionists with no families to continue propagating Jewish life in the country. But the departure of those 13 Jews in March also demonstrates how Yemen has, under Houthi rule, essentially stamped out all forms of religious diversity: Jewish life in modern-day Yemen, which has survived for thousands of years, will soon come to an end, and the Shi’ite Houthis — themselves a minority in the country — have persecuted Yemen’s Baha’i minority and forced their beliefs onto the country’s much larger population of Sunni Muslims.

“The Jews are a very small number in Yemen, and it’s important to keep in context the level of persecution and hatred of this [Houthi] ideology towards other people, towards Baha’is, towards women, towards African migrants [and] towards other Muslims,” Guberman explained.

The Houthis, an Iran-backed rebel group, are part of a Shi’ite sect that trace their roots to the Prophet Mohammad. “Because their ideology privileges the descendants of the Prophet, their own group, over others, they’re willing to use violence and torture and imprisonment and so on against their enemies,” explained Bernard Haykel, professor of Near Eastern studies at Princeton University. “They have a very radical religious and political ideology that is summed up in this thing called ‘The Shout,’” he explained, referring to the official slogan of the Houthis: “God is great, death to America, death to Israel, damn the Jews and victory to Islam.”

In 2014, the Houthi rebels invaded and later took control of Sa’ana, Yemen’s capital. They now also control the northern part of the country, where Yemen’s Jewish community has historically been based and where the majority of the country’s population lives.

“I would say in that area, at least half of the population is Sunni,” said Haykel, “and they’re being forced — educationally in terms of propaganda and ideology, and political mobilization and indoctrination — they’re being force-fed an ideology that’s not their own.”

In response to the Houthis’ takeover, a coalition of several Arab countries, led by Saudi Arabia, began a military campaign in 2015 to help Yemen’s former government regain control of the country, leading to a yearslong bloody civil war and subsequent humanitarian crisis. A vast majority of people in Yemen — 80% — receive humanitarian aid or protection assistance, and the country is on the verge of a famine.

Former Presidents Barack Obama and Donald Trump were criticized by politicians across the political spectrum for supporting Saudi actions in Yemen. Earlier this year, President Joe Biden announced a new American policy on Yemen that sought to promote a diplomatic solution to the conflict, earning praise from Democratic lawmakers including Rep. Ro Khanna (D-CA) and Sen. Chris Murphy (D-CT) and Republicans such as Sen. Mike Lee (R-UT). He appointed a special envoy to the region and cut off U.S. support for the Saudi-led offensive. Biden also removed the designation of the Houthis as a foreign terrorist organization in the hopes that they would come to the negotiating table.

But after Biden’s announcement, the Iran-backed Houthis felt emboldened. “What happened after the president’s announcement is that the Houthis went on the offensive,” said Gerald Feierstein, a former U.S. ambassador to Yemen who now serves as senior vice president at the Middle East Institute. And while the Biden administration has earned praise for its renewed focus on diplomacy, it is not clear what a diplomatic solution to the conflict would look like. “It’s never clear, to be honest, where the Houthis are coming from and what their objective is. They’ve never actually been able to articulate what their end goal is in this conflict,” Feierstein told JI.

Financial backing from Iran has had a significant role in the Houthis’ rise, U.S. officials have said. In April, U.S. special envoy on Yemen Timothy Lenderking told lawmakers that “Iran’s support to the Houthis is quite significant, and it’s lethal.” As the Houthis have recently advanced an offensive on the city of Marib, a Saudi stronghold, the U.S. has engaged in indirect nuclear talks with Iran.

It remains unclear if the issue of Iran’s support for Yemen will play a role in America’s decision to renegotiate the Joint Comprehensive Plan of Action (JCPOA), the 2015 Iran nuclear deal. Biden administration officials have said that the president seeks a “longer and stronger deal” that also focuses on Iran’s support for terrorist groups like the Houthis and Hezbollah. When asked about this pledge at a Senate hearing last week, Secretary of State Tony Blinken said, “We have to look at specific aspects, whether there are areas where we can get even stronger commitments from Iran,” without providing detail on the “specific aspects.”

Iran’s approach to negotiations seeks to restore the deal first and then get to other issues later. “From the Iranian perspective, the JCPOA has to be rehabilitated for broader issues to be discussed,” said Sanam Vakil, deputy director of the Middle East North Africa program at Chatham House, a London-based think tank. “But simultaneously, the U.S. and Europeans are thinking about the broader regional issues that have to be tackled this time around, and it’s the regional sphere that was neglected in 2015 that really needs urgent attention. So Yemen is linked. The question is more about sequencing,” and whether Yemen is brought up during the negotiations or after an initial agreement is reached.

At an April meeting of the U.N. Security Council on Yemen, Thomas-Greenfield raised Marhabi’s case, stating that the U.S. calls “for the Houthis to immediately release Levi, and stop their human rights abuses. And we ask that the international community also join us in that call.” She explained that Marhabi “has been wrongfully detained by the Houthis just for his religious beliefs. For years he has sat behind bars without cause,” and noted that his mother remained in Yemen while he was imprisoned — until March, when she was among the group deported from the country.

It is unclear whether other officials in the Biden administration, such as Lenderking, have raised the issue of Marhabi’s imprisonment in meetings with representatives of relevant nations.

“We continue to advocate for the release of Yemeni Jew Levi Marhabi. We have raised his case repeatedly at the U.N. Security Council and the former secretary of state released a statement calling for his immediate release,” a State Department spokesperson told JI, referring to a November 2020 statement made by former Secretary of State Mike Pompeo “calling for [Marhabi’s] immediate and unconditional release.”

When asked whether Blinken would comment on Marhabi’s imprisonment, the spokesperson said, “We don’t preview statements,” but noted that “throughout his tenure, Secretary Blinken has been very outspoken about his and the Biden administration’s commitment to human rights and the plight of unjustly detained individuals.”

Guberman, of the American Sephardi Federation, argued that Marhabi’s situation warrants more attention not just from the U.S. government, but also from U.S. and global Jewish organizations. “It’s really surprising that the Jewish community has not taken this on in the same way that we have [in] past cases of abuse and imprisonment,” said Guberman.

Yemen’s Jewish population dates back to well before the founding of Islam. Jews have been allowed to practice their religion in the country, under the condition that “they were second-class citizens who had to obey very strictly a set of laws whose purpose was to humiliate them,” said Paul Fenton, a professor at the Sorbonne who specializes in the history of Jews in Arab lands.

In 1949 and 1950, the vast majority of Yemenite Jews fled the country for the newly established State of Israel. In Operation Magic Carpet, organized by the American Jewish Joint Distribution Committee, some 48,000 Yemenite Jews were airlifted to Israel by American and British planes. Just a few thousand Jews were left in Yemen after the operation, and most of them left in smaller operations that took place over the next decade. By the time the Houthis took over, fewer than 200 Jews remained in the country.

For the most part, the Jews that remained in Yemen after the waves of immigration to Israel ceased were  not interested in moving to Israel. “The group that’s left were heavily influenced by Satmar Hasidim,” said Guberman, referring to an ultra-Orthodox sect that is opposed to the state of Israel. Because of this connection, Yemen’s remaining Jews “were made to be distrustful of Israel, unlike Yemenis, traditionally, who have this great connection with the people in Israel.”

In recent years Israel has come under heavy criticism for the disappearance of more than 1,000 Yemenite Jewish children who immigrated there in the years after the country’s founding.

Now that the number of Jews in the country has dwindled to single digits, there are fewer people to advocate on Marhabi’s behalf inside the country. And for the Jews who were forced to leave earlier this year, speaking out is not necessarily the best option.

“They’re very concerned. They’re scared to speak out. They don’t want to cause any problems for Levi, or the situation,” Guberman noted. “These are the forgotten refugees being forgotten in real time.”