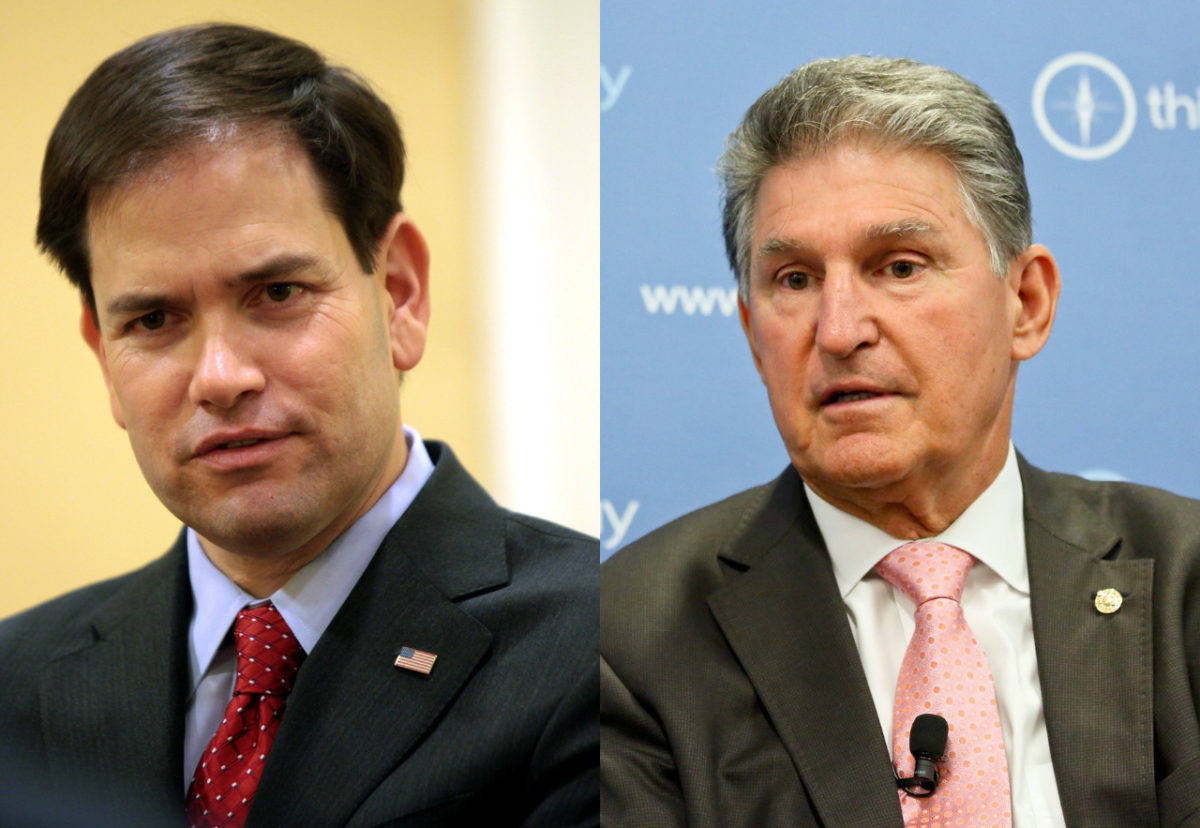 Sens. Marco Rubio (R-FL) and Joe Manchin (D-WV) reintroduced a bill providing congressional support and guidelines for state- and local-level efforts to combat the Boycott, Divestment and Sanctions (BDS) movement against Israel, after efforts to move the legislation forward in 2019 divided Democrats.

The legislation provides congressional approval for state and local governments to divest funds from, or prohibit contracting with, entities that engage in boycott, divestment or sanctions activity targeting Israel for political purposes, stating that no existing federal laws override anti-BDS measures that are otherwise compliant with the bill.

The bill lays out guidelines that states must follow in implementing anti-BDS initiatives, requiring them to provide notice to all entities governed by the anti-BDS initiative; provide them a 90-day warning period; allow impacted entities to comment in writing; make “every effort” to avoid erroneous targeting; and to verify that targeted entities are in fact engaging in BDS-related activity.

The bill also requires any state or local government with existing anti-BDS measures in place to provide written notice to the U.S. attorney general within 30 days of the bill’s passage. The same notification requirement applies to any future anti-BDS measures.

Similar legislation was previously introduced in the Senate in 2016, when it gained 45 cosponsors and again in 2017, when it gained 48. It passed the Senate in 2019 as part of a broader U.S.-Israel security assistance bill by a vote of 77-23, splitting the Democratic caucus. Opponents of the legislation, including the American Civil Liberties Union, argued that the bill unconstitutionally infringed on free speech rights.

“The boycott, divestment, and sanctions movement is the single most destructive campaign of economic warfare facing the Jewish state of Israel today,” Rubio said in a statement to JI. “Amid a rising tide of anti-Semitism, it’s critical that we stand shoulder to shoulder with our closest democratic ally in the Middle East. This bipartisan bill, which previously passed the Senate, would mark an important step toward bringing an end to the BDS movement’s discriminatory efforts.”