The New York senator discusses her ties to the Jewish community 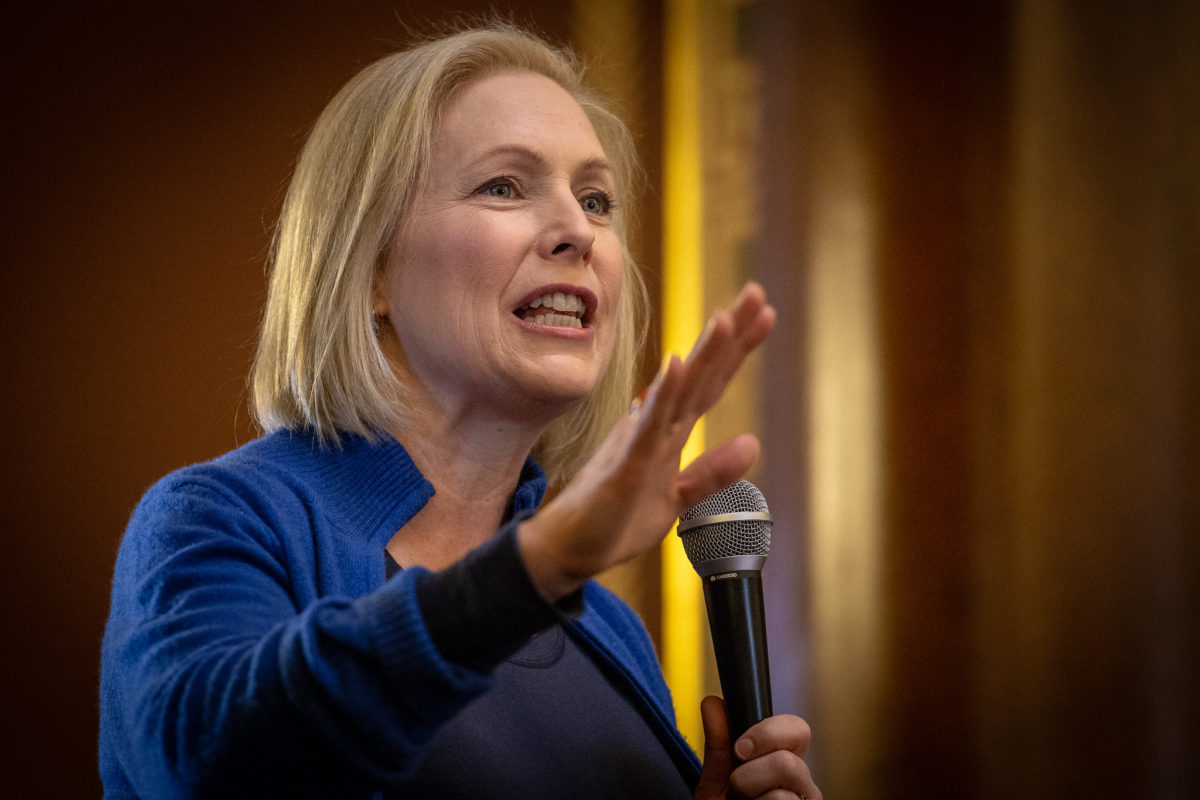 On this week’s episode of Jewish Insider’s “Limited Liability Podcast,” hosts Richard Goldberg and Jarrod Bernstein were joined by Sen. Kirsten Gillibrand (D-NY) to discuss her relationship with New York’s Jewish community, the recent allegations against New York Governor Andrew Cuomo, and her take on how to approach Iran’s continued nuclear development.

Community ties: Gillibrand, who represents the largest Jewish population outside of Israel, spoke at length about her ties with New York’s Jewish community. “It’s a very diverse community,” she said. “It’s a community that cares deeply about New York and their fellow citizens. It’s a community that truly believes in the greater good; a lot of the not for profits that are run by Jewish leaders are among the best in the state. So it’s a real joy to spend time and to work with people in the Jewish community across our state.” Still, Gillibrand emphasized the dangers facing the community, which has seen a dramatic increase in targeted hate crimes. Calling antisemitism an “exponential” and “constant growth across the country,” she specifically blamed former President Donald Trump. “When they had the Charlottesville riots and chants were done that were deeply offensive against the Jewish community… President Trump did not stand up to it.”

On Cuomo: An early advocate supporting the #MeToo movement, Gillibrand came under pressure this past week to address the sexual harassment claims leveled against New York Gov. Andrew Cuomo. Calling the allegations “obviously serious” and “deeply concerning,” the Albany native offered her support for the independent investigation requested by New York Attorney General Tish James. “I support her doing that. And I think that is the appropriate next step to allow people to be heard and allow facts to be gathered.”

On Iran: Gillibrand reiterated her opposition to the U.S. leaving the 2015 Iran deal under Trump, explaining that her support for the deal fit with the evidence presented to Congress. “I sit on the Armed Services Committee, I now also sit on the Intelligence Committee, and at that time, our national security experts — our CIA, our Department of Defense — all said that the deal made such a better position for America in terms of national security,” she explained, “because we would gain all the knowledge of the minds, the mills, the centrifuges, the production, and we’d have hands on eyes on each production facility and and that they believed was the kind of intelligence that could not be passed up for any future conflict that might be necessary if Iran did breach…So that’s why I supported it. If we’re going to enter into it again, we need to have the same national security priorities”

Asked about [International Atomic Energy Agency] reports of undeclared Iranian sites, Gillibrand mentioned a trip to Vienna before the pandemic to meet with IAEA officials on the issue. “I certainly hope as soon as COVID is under control that we can take another trip out there and to not only meet with the IAEA again, but meet with our partners in the region, to assess the credibility of the review and where and how the US should stand with the world community against Iran,” she continued.