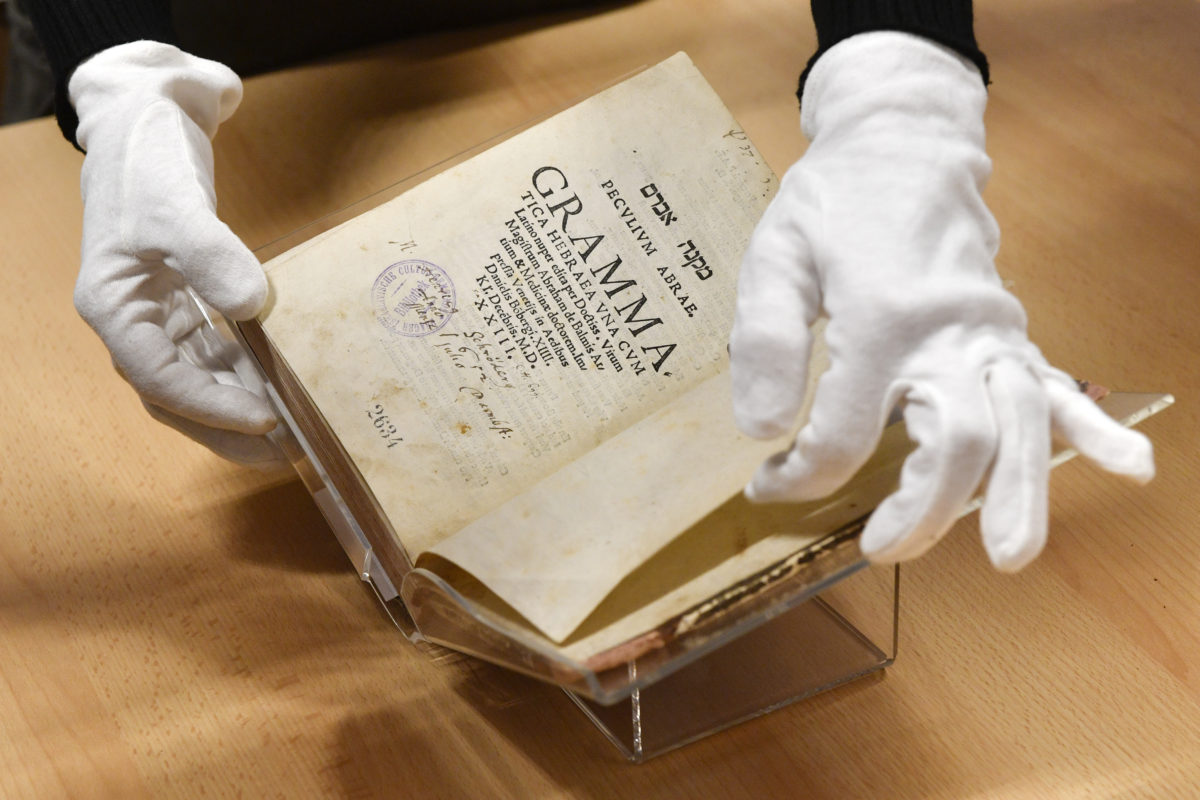 A Brooklyn auction house’s attempt last month to auction off two Jewish communal registries — one a list of Jewish residents of a Romanian city from the late-19th and early 20th centuries and the other a book of Jewish burials in another Romanian city — was set to proceed until it was halted at the last minute. The sudden move highlighted a wider issue regarding items looted from Jewish communities that, many decades later, are being sold at auction.

“The private market sale of Judaica and historical Judaica items tends to operate in the dark,” Gideon Taylor, chief of operations at the World Jewish Restitution Organization, told Jewish Insider. “There is not a visible or known market [for these items], and there is no central registry or depository. What we do know is that these were treasures of Jewish history that belong to a Jewish community and, thus, to the Jewish people… For many, it is the last connection with people who died and their roots.”

Taylor said he wants to use the attempted sale of these two registries to “open up and expose this trade. We want to talk with state and federal authorities and auction houses to try to ensure that such items of huge significance to the Jewish people are not held privately but instead are available as part of the heritage of the Jewish people.”

Just days before the Feb. 18 auction at Kestenbaum & Company, members of the two Jewish communities to whom the registries had belonged learned of the impending sale and wrote to the auctioneer asking that it be canceled. One letter was from the Jewish community of Oradea in Romania, whose Jewish population registry, which dated from the late-19th century to 1944, was to be auctioned. The community’s more than 30,000 Jews were deported to Auschwitz by the Nazis in May-June 1944, and most were murdered while their offices were ransacked.

“The item that will be auctioned is very valuable on its own and very precious for the history of our community,” said the letter. “It is one of the items which disappeared during the Holocaust. This volume was illegally appropriated by persons who have not been identified to this day.”

The other item was a registry that contains a handwritten list of all Jewish burials in what is today Cluj/Napoca, Romania, between the years 1836 and 1899. Most of the city’s 16,000 Jews were similarly murdered in Auschwitz and the community’s offices were “ransacked and robbed.”

The communities pointed out that stolen goods are covered by clauses in the Paris Peace Treaty of 1947 and the 2009 Terezin Declaration in which 46 countries, including Romania, pledged to return all objects illegally appropriated to the rightful owners.

In an email, Daniel Kestenbaum, the founding chairman of the auction house, wrote that the items were withdrawn from auction to give the communities time to “present necessary documentary evidence” of ownership.

On its website, Kestenbaum & Company said the seller of the registries is a “scholarly businessman who for decades has exerted enormous effort to rescue and preserve historical artifacts that would otherwise have been destroyed — either willfully or due to neglect.” It said the registries were “saved from certain destruction in the horrifying war years and through the [subsequent] decades of repression and institutional neglect” that make the matter of their ultimate title “deeply complex.”

In an email, administrative manager Massye Kestenbaum told JI  that the auction house is “deeply committed to Jewish cultural needs” and that the seller of the registries “was eager to discuss with the relevant parties their concerns. Please note, we are not a party to these discussions and so cannot comment.”