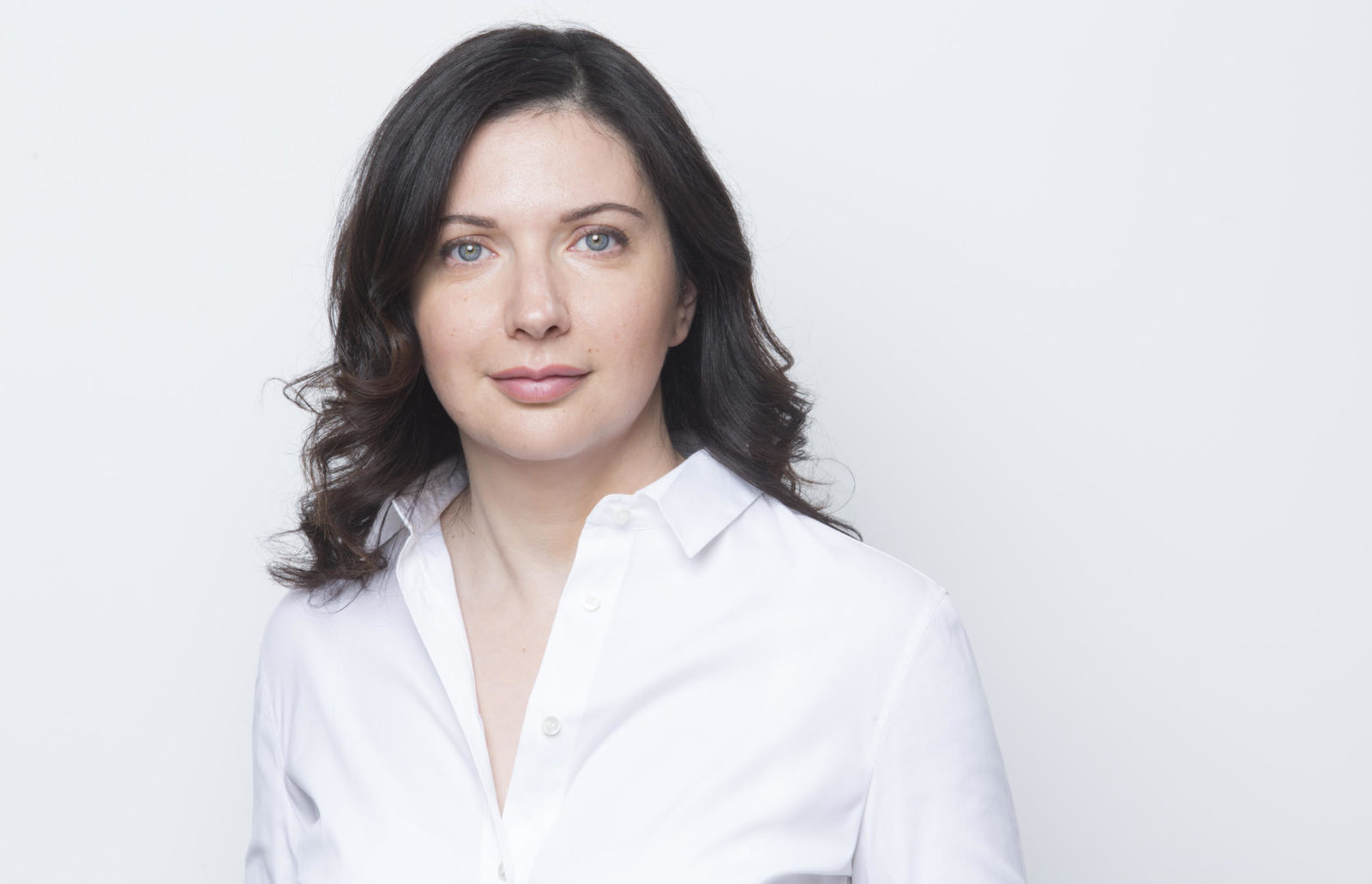 As a child in Moscow, Irina Nevzlin knew she was Jewish but had little idea of what that meant. When she visited Israel for the first time at 13, with her grandmother, she became emotional when they arrived at the Kotel but didn’t know anything about the sacred site or why it moved her. “I had no previous knowledge or historical understanding, but I cried because I felt a deep connection,” said Nevzlin.

Now 42, an Israeli citizen and one of the most prominent female Russian-Jewish philanthropists, Nevzlin is driven by her Jewish identity. She is motivated by a desire to use her considerable resources to connect Jews to the awareness that they are part of a worldwide people, as well as a shared religion, she told Jewish Insider. That same drive led her to write The Impact of Identity: The Power of Knowing Who You Are, a book self-published in English and Russian in 2019, with plans to publish in Hebrew. She also co-created a new business last year that promotes Israeli tech businesses.

In 2006, at age 28, Nevzlin, then working in London, had plans to go to Israel to help her mother settle into a new home. But still feeling like an outsider in London after three years there, on the spur of the moment she decided to make aliyah as well.

In an interview from her home in Herzliya Pituach, which she shares with husband Yuli Edelstein, a former refusenik, previously the speaker of Israel’s Knesset and now its minister of health, and her two young sons from a previous marriage, Nevzlin spoke with JI about what led her to become chair of the board of the Museum of the Jewish People at Beit Hatfutsot — which will soon drop the Beit Hatfutsot part of its name.

Beit Hatfutsot, or Diaspora House, “is offensive and outdated. We are dropping it now. Do you want to be a Diaspora Jew or part of the Jewish people?” asked Nevzlin. She said that the new name will not honor a museum donor — though auditoriums inside the museum do — “because [the museum] is the story of the Jewish people, not the story of a donor.”

The new name will be unveiled on February 21 at an event honoring both Nevzlin and her father, Leonid Nevzlin.

Irina Nevzlin led the $100 million fundraising campaign enabling the total transformation of the museum, which is located on the campus of Tel Aviv University. Almost everything about the museum — from the concept to its exhibits, from its floor space to technology and appearance — has changed.

Misha Galperin, philanthropy advisor to the Nevzlin family, said Irina “is the sort of person most of the Jewish world has been pining for. She is young, charismatic, committed to Jewish causes, yet very open-minded. She gets things done; that’s probably the most important thing about her. That’s true of her work in philanthropy and business. She is going to be an extraordinary leader in the Jewish world and maybe beyond.”

Last year, Nevzlin co-founded a company with offices in London and Tel Aviv called Improvate, focused on connecting Israeli tech businesses with government officials and investors who are their potential customers.

The Nadav Foundation, which was founded by Leonid in 2005 and of which Irina is president, gave $30 million to the museum’s fundraising campaign. Twenty million came from the Israeli government, she said, with $50 million coming from other U.S.-based philanthropists.

The Nadav Foundation, which is based in Tel Aviv, plans to distribute $3 million this year, said Olga Dolburt, the foundation’s executive director. In addition to the museum, Nadav funds The Leonid Nevzlin Research Center for Russian and East European Jewry at Hebrew University, an online platform J-Text, which provides Torah text and related resources in the Russian language, and J-Doc, which collects documents reflecting Jewish life under the Communist regime. Another Nadav project is documenting Jewish cemeteries in the former Soviet Union. Those graveyards, Dolburt explained, were one of the few places where Jewish identity could be expressed, through Hebrew language and symbols on grave markers, “which were strictly forbidden in other places.”

The foundation’s newest project is the Institute for Liberty and Responsibility at Herzliya’s Interdisciplinary Center, which aims to study and create ways to enhance democratic and liberal values among the Israeli public and the politically influential, said Dolburt.

But it is the Museum of the Jewish People which occupies most of Irina Nevzlin’s time and energy. “When people ask me about my babies, first I mention the museum and then my two sons,” who are ages 9 and 12, she told JI with a laugh.

She first saw the museum in 2006, while visiting her father in Tel Aviv, and found it dark and depressing, she said. She was not alone. Visits to the museum had dropped dramatically from years before, say those involved. The idea for Beit Hatfutsot originated with the World Jewish Congress in 1959, and it opened in 1978, focusing on the history of Diaspora Jewry, and culminating with aliyah, or immigration, to Israel.

“The story that was told was outdated,” Nevzlin said. “I’m all for continuity. When the museum was conceived in the 1950s to open in the 1970s, it was [telling] a different story. The idea behind it was to keep the memory of the Diaspora and [then] we come to Israel,” with everyone making aliyah, she said. “In 2006 the reality was that half of Jews lived outside of Israel and didn’t plan to change that.”

In 2007, Nevzlin joined her father at the Nadav Foundation as its CEO, she told JI. In 2008 she joined the museum’s board of directors, becoming deputy chair several years later and, in 2012, became its board chair. At the time, many called for the financially struggling, little-visited museum to be shut down.

“When it first opened 40 years ago it was the leading edge [of Israeli museums]. Over the years it became seen as tired and old, not something people thought of as particularly exciting. At one time it was a must-stop on any Israel trip, but for a bunch of years after it got in trouble in late 1990s and early 2000s it was no longer on the list,” said Galperin, who helped run the museum’s $100 million campaign and is also CEO of the National Museum of American Jewish History in Philadelphia. He was, like the Nevzlins, born in the former Soviet Union.

“The previous exhibit [at Beit Hatfutsot] was there for 40 years,” Nevzlin said. “We will stay up to date. We will never have a 40-year-old permanent exhibit.”

The $100 million raised was in the bank two days before COVID-19 shut Israel down last March, said Nevzlin. “We were really blessed. It would be really hard now,” with COVID, she said, “because we didn’t have any income over the last year with no one coming.”

Admissions fees represent about one-third of the museum’s income in a normal year, with another one-third coming from donations and the last third from the Israeli government.

The museum will reopen as soon as the Israeli government lifts COVID restrictions, she said.

While its footprint hasn’t changed, the reimagined museum features more than three times the amount of public space than previously. Now 72,000 square feet, according to Shula Bahat, CEO of the museum’s U.S. programmatic arm, Beit Hatfutsot of America, most of the new space was created out of room formerly devoted to projection technology, which has shrunk dramatically in size. The roof, previously used for antennas and cables, has been transformed into a contemporary roof deck with a café and view of the Mediterranean Sea, which will be used for events and exhibitions. An adjacent building, previously devoted to storage and office space, is now public space.

The museum has been “remade into something so different and modern,” said Nevzlin. “It was a real turnaround.” In the updated museum, visitors start on the top floor of the three-story museum, exploring exhibits about the Jewish people in the present, with displays about Jewish humor, folklore and the accomplishments of well-known Jews and Jews speaking different languages from all over the world. It is meant “to establish what a visitor is part of globally, show the depth and colorfulness of our very complicated people. It’s not [just] a history museum anymore,” Nevzlin said.

While the middle floor is devoted to Jewish history, from ancient and biblical times through the Holocaust, the first floor, where visitors will conclude their visit, is about the foundations of Jewish life: texts, lifecycle rituals, holidays, the influence of Torah on world culture, Nevzlin said.

Today the focus of the redeveloped museum is on the vitality and successes of the Jewish people wherever they live, as well as history, she said. “We tell the fascinating story of the Jewish people with all its complications and depths… The things that happened 5,000 years ago have to be told in a way that excites my 12-year-old. What changes is the way we tell it,” she said.

The museum “will grow and breathe and develop along with reality,” said Nevzlin. “We want to ignite your personal journey, give you tools. This exploration of who you are, your identity personal and collective, is the most important journey a person can take.”