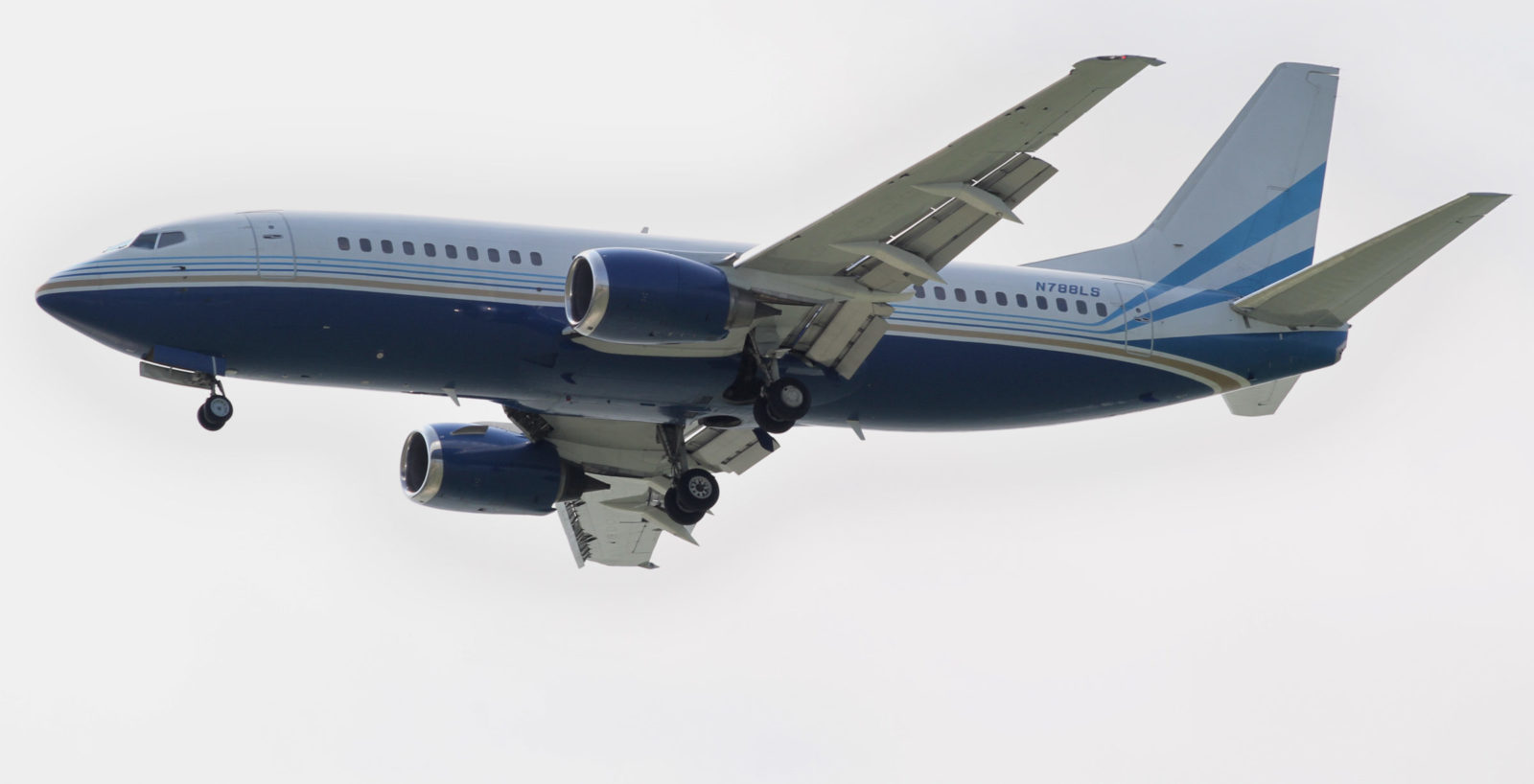 All aboard ‘Air Adelson’

Sheldon Adelson’s Airbus A345 touched down at Tel Aviv’s Ben-Gurion Airport on Thursday, after completing the late casino magnate’s last flight aboard one of his beloved private jets.

It was a fitting final journey for Adelson, who died this week at age 87 and is slated to be laid to rest in Jerusalem on Friday in the presence of his immediate family.

Adelson, who controlled one of the largest fleets of personal planes in the world, was by all accounts an aviation enthusiast who revelled in his ability to summon a private jet at any time, for any objective. According to reports, Adelson’s office was decorated with models of his planes hanging from the ceiling. In 2017, he set a world record for the longest flight to ever depart Israel — a 17 hour, 40-minute trip direct to Honolulu.

The casino mogul often bestowed his largesse on friends, employees and a range of Republican politicians. From Sen. Mitt Romney (R-UT) to Texas Gov. Greg Abbott, then-New Jersey Gov. Chris Christie — and even once an entire delegation of ministers from Guatemala visiting Israel — Adelson didn’t seem to hesitate before loaning out one of his many planes.

And it wasn’t just politicians who benefited from the travel perks — the Adelsons flew wounded army veterans to a free weekend at one of his Las Vegas hotels, regularly loaned planes to friends receiving medical treatment and, at the onset of the COVID-19 pandemic in March, flew two million masks from China to outfit first responders in New York and Nevada.

Abraham Foxman, the former national director of the Anti-Defamation League, told Jewish Insider that he flew aboard Adelson’s jets on numerous occasions. But one specific journey, he said, stands out.

“The first week of December, the year that President George W. Bush was elected, I flew to the West Coast for a series of speeches,” said Foxman. “As I arrived in Vegas to meet with the Adelsons, I received an invite to meet with the president on Tuesday.”

Foxman said he told Adelson about the invitation, but noted that he wouldn’t be able to make it to the White House due to prior commitments. “He said, ‘Oh no — I will fly you in one of my planes round-trip — on condition you tell the president how you got there,’” Foxman recalled. “I went and delivered the message.”

Foxman said that he and Adelson “were friends til politics interfered.” But regardless, he noted, “you had to acknowledge he was a generous person and friend. He used his fleet of planes to bring wounded veterans for holidays at his casino; he provided his planes to ferry many of his friends to hospitals and the Cleveland Clinic,” Foxman added. “Sheldon knew his priorities: America, Israel and the Jewish people.”

For aviation enthusiasts, Adelson’s extensive fleet was the subject of both fascination and speculation.

“They’re not actually his planes, they’re all registered under three different companies,” noted Avi Scharf, the editor of the English version of Haaretz and an avid aviation observer, known for his close Twitter tracking of Israeli air traffic. The jets, Scharf told JI, are largely used to shuttle around high-profile gamblers to Adelson’s many casinos, while “some of them are specifically used by Sheldon and his wife… he’s got two huge private jets, they [became] like a flying hospital, because of his [medical] situation.”

Over the years, Scharf learned to identify many of the Adelson jets as they flew in and out of Tel Aviv — including as recently as a few weeks ago, when an Adelson plane brought released spy Jonathan Pollard and his wife, Esther, to Israel.

“When it’s one of those two huge ones, it’s definitely him, nobody else,” said Scharf of Adelson’s preferred Airbus jet. “But you’ve got all of these 737s and 767s and also the small Gulfstream business jets flying around.”

In 2015, Israeli basketball star Omri Casspi and his friend, investor and serial entrepreneur David Schottenstein, set out to bring a planeload of NBA stars and other celebrities to Israel to experience the country firsthand. But they wondered just how to transport them.

“Someone connected Omri to Miriam and Sheldon, and let them know that there was this effort to try and bring NBA players to Israel,” Schottenstein recounted to JI. The couple immediately agreed to provide a plane round-trip to Tel Aviv for the project, and repeated the offer when the trip recurred in 2016.

“They provided everything,” said Schottenstein. “It really was amazing how we had this vision to do this trip, and the Adelsons were like ‘whatever you need, we’re here for you guys, we’ll make it happen.’”

Schottenstein said there was only minor pushback when it became public that Adelson had provided the trip’s transport. “People realized that there was no political bent to this,” he said. “Sheldon gave his plane, but he didn’t give his philosophy. He gave his plane because he wanted people to come to Israel, but there were no strings attached.”

Earlier this year, one of the Adelson planes made a special flight from Miami to Tel Aviv to bring home Eli Beer, the president and founder of United Hatzalah, after he spent more than a month in a Miami hospital battling COVID-19, including a period in an induced coma.

The Adelsons have been supporters of United Hatzalah for close to a decade, Beer told JI. Last February, the Israeli volunteer ambulance service honored the couple at a gala in Los Angeles, “which was unfortunately the last event Sheldon attended,” Beer told JI via phone the day after Adelson’s death.

Just a few weeks later, Beer found himself in Miami for an event, and began feeling increasingly unwell, just as the coronavirus had begun to spread across the United States.

“I really couldn’t breathe anymore, so I went to the hospital,” he recounted. “The doctor said, ‘I’m sorry, we have to induce you into a coma, we have to put you on a respirator.’” Beer called his family and friends, thinking he was saying goodbye, and also sent a message to the Adelsons.

Beer found out later that “Miriam and Sheldon were literally every day on the phone with the hospital trying to make sure I’m OK.” Along with Dr. Joel Sandberg, the father of Facebook’s Sheryl Sandberg, the Adelsons pushed to get Beer specialized, experimental treatments as he battled the disease ravaging his lungs.

And once he recovered enough to travel home to his wife and children, Beer said, the Adelsons immediately offered to send him to Israel via one of their planes.

“I had a lot of people that offered planes, but I knew that if Sheldon sent a plane, it’s not going to be taken off of his charity to Hatzalah — it would be in addition,” Beer said. “Miriam said to me, ‘Sheldon really, really wants to help Eli go back to saving lives.’ That made me cry.”

Beer said he was uncomfortable accepting such a generous gift, “and I’d never been on a private plane in my life,” but he could think of no other way to travel with the medical staff and equipment he needed at the time.

One he accepted the offer, Beer said, the couple sprang into action, arranging for a doctor, paramedic, medical equipment, three pilots and flight attendants to accompany him.

“It was like a little hospital,” he said. “That plane is a nice plane, one of the nicest planes in the world, but they turned it into a hospital.” The couple even stocked the plane with all of Beer’s favorite foods, and arranged for rooms in Israel for the flight staff to stay overnight.

“That’s the type of people they are,” Beer said. “When they do something, they do it from beginning to end.”