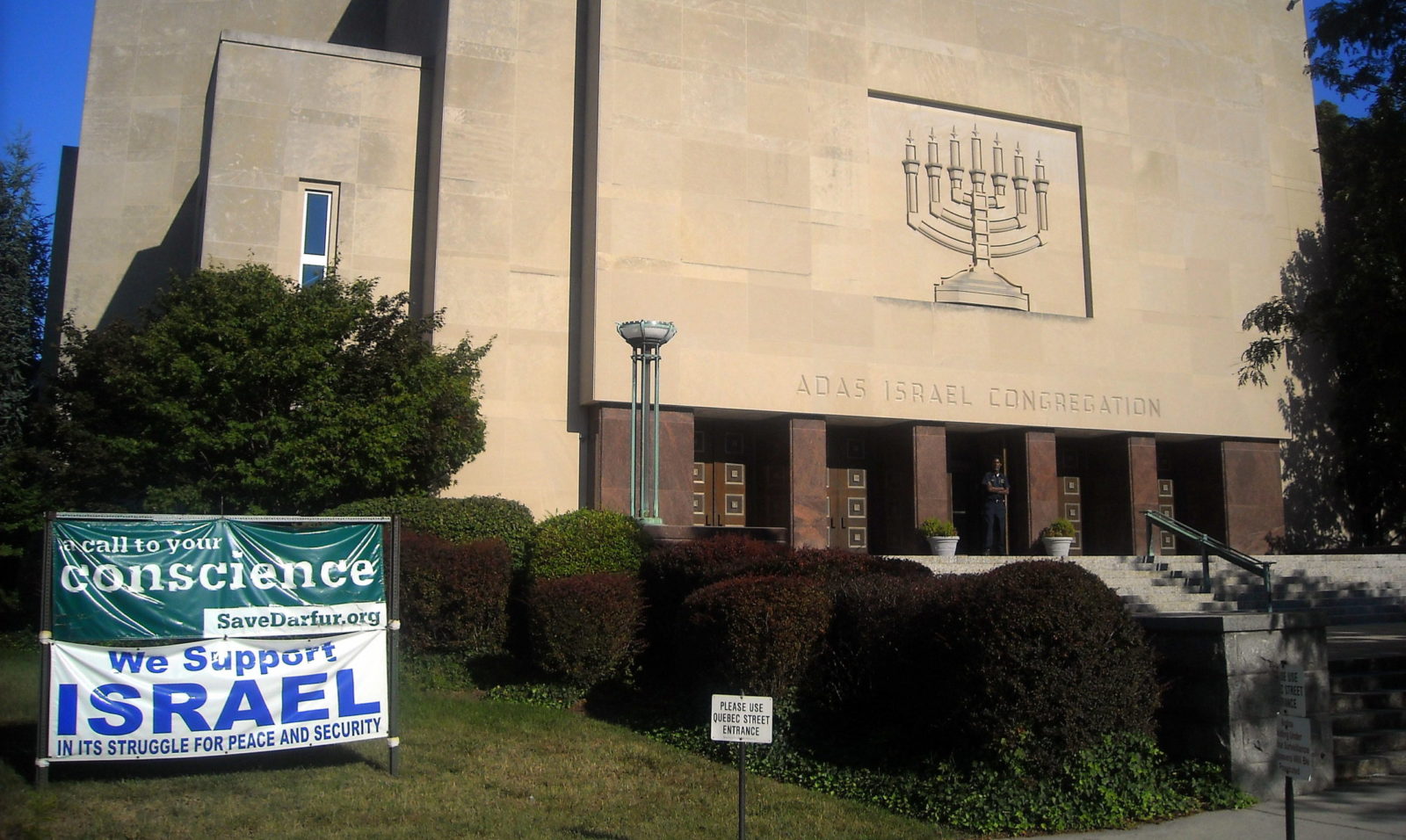 ‘Beautiful in its own way’: Converting to Judaism amid the pandemic

Despite synagogues closing their doors for COVID-19, conversions appear to be on the rise

Rabbi Adam Mintz, a Modern Orthodox rabbi based on Manhattan’s Upper West Side, has performed conversions each year for the past three decades, meeting in-person with hundreds of individuals undergoing the transformative process. Despite restrictions in response to the COVID-19 pandemic — including the halting of in-person religious services and the temporary closing of his mikvah — Mintz is busier than ever. “You would think,” he told Jewish Insider, that conversions would be put on hold, “that people wouldn’t approach me to start studying” for the process.

“Exactly the opposite,” Mintz said. “I’ve never had more people interested in conversion than I have over the past eight months.”

Across the country in Los Angeles, at the non-denominational synagogue IKAR, Rabbi Keilah Lebell noticed the same pattern.

“Pre-COVID, I would hear from someone interested in conversion… maybe once every two months,” she told JI. “But as soon as COVID hit, I started receiving calls from people wanting to convert or at least to explore their Jewish heritage, no longer every other month, but every other week.”

The cause for the uptick, which comes despite the fact that the Jewish community does not typically seek out potential converts, remains uncertain, but Lebell posited that for some it came down to two push factors: newfound time in quarantine to pursue “the big questions” and a longing for a higher purpose amid the pandemic — both motivations Rabbi Sarah Krinsky at Adas Israel Congregation in Washington D.C., also observed.

“This is a time when I think people are really desperate for spirituality,” Lebell said. “For some kind of spiritual structure, for inspiration, for comfort, for a sense of belonging when we’re all so separate from one another.”

Lorelei Laird had been married to a Jewish man for nine years when she decided to learn more about her husband’s faith. As she met over Zoom with Lebell, whom she has yet to meet in person, Laird said she found more and more aspects of Judaism that spoke to her, in part due to the uniqueness of this past year.

“What I want is some moral leadership,” Laird told JI. “2020 was full of nakedly immoral behavior on all sides, and it made me want some sort of authority saying, ‘It’s okay to care about what’s right.’” Laird converted in early September, just in time for the High Holy Days.

Despite the limitations inherent to online Jewish learning, beit dins (three-person rabbinic courts required for conversions) over Zoom and restricted mikvah experiences, the eight mid-pandemic converts who spoke with JI all described having felt the intimacy, warmth and overpowering joy many associate with the process.

When Kaitlin Carragher entered a mikvah in New York City — open now, with strict COVID-19 restrictions — on Nov. 25 after several months of Zoom sessions with Mintz, she didn’t expect “the emotion of it” to impact her as strongly as it did.

“Being able to call myself Jewish for the first time hit me in a way I hadn’t anticipated,” Carragher, who was raised Catholic and decided to convert in part because of her Jewish fiance, told JI. “A friend asked me afterwards, ‘How was it? How do you feel?’ I said I feel very full.”

For Katie Berland, whose conversion was overseen by rabbis at Adas Israel in October, the experience was “beautiful in its own way.”

“Walking into the mikvah,” Berland, who took “Ruth” as her Hebrew name (in the wake of the death of Ruth Bader Ginsburg, who had also been an Adas member), told JI, “it’s supposed to be this beautiful, free-flowing, meaningful moment, but here’s this masked figure [with a face shield], who I know who it is but I can’t see her eyes or her smile, staring at me as I’m saying the prayers.” The awkwardness of the health protocols notwithstanding, as she walked out of the mikvah, Berland shed tears of joy: “It was so beautiful, the chapter was closing.”

But echoing the tears shed at the end of her virtual beit din, the moment was “bittersweet” for Berland: Something, she felt, was missing.

“It was so beautiful to see their faces, it felt like a completion of something,” she said of her virtual beit din. “But I couldn’t feel it. I couldn’t hug the rabbis who had taught me so much, I couldn’t hug my sponsoring rabbi. I couldn’t say ‘thank you’ in person.”

“After [the beit din], they were reading off the document that they had signed,” he said, “and I just wanted so badly to hug all of them, to embrace them, and say thank you for starting this journey for me.”

Still, across Lebell’s many virtual beit dins over the past months, the rabbi saw they were “just as powerful” as those she had attended in person pre-pandemic.

“It’s a life-changing moment when you essentially declare aloud ‘I am now a Jew,’ and usually people’s voices crack at that moment… and that still happened over Zoom,” she said. “Of course, people’s ovens are going off in the middle of it and people’s kids are running in and out. There’s that at-home element of it, which almost makes it more intimate.”

While some aspects of the usual conversion experience “lost some of the specialness,” in the words of Joshua DeMoss, an Adas member still going through the conversion process, other aspects became more fulfilling and accessible than they might have been otherwise for some participants.

Laird noted that the shift to virtual engagement enabled her to attend daily morning services more easily and frequently, avoiding her 45-minute commute to IKAR. And the closeness of her relationship with her sponsoring rabbi only increased online. “I am a person who is a little bit more comfortable on the Internet than in real life with people, and the pandemic has been fantastic for that,” she explained.

Another positive feature of virtual services? The mute button. A number of recent converts noted the convenience of being able to ask a partner about confusing aspects of the High Holy Day services as they were occurring.

“Having my husband around was helpful with ‘how many times do you need to bow,’ little things like that… things that if we were in person, you could look around the congregation and see what other people are up to, but I didn’t have that resource,” Laird said.

Still, what several converts noticed as distinctly lacking from their virtual class experience was a sense of community — the routine of entering a physical space each week, seeing the same now-familiar faces and sharing coffee and cookies before learning together, said DeMoss, whose “Judaism 101” course moved online in its final two weeks.

“What’s missing is the, you know, ‘I’m here for a class and then I walk by this room and I see this going on,’ or ‘Before shul I would meet someone in the beit midrash,’” Krinsky said. “Things that you can’t schedule or put on a calendar, or if you do, it requires being a lot more explicit about things that never were.”

As the converts and the rabbis who worked with them look toward a post-pandemic future, for many, it’s full of blissful anticipation of finally attending synagogue services and activities in person. But for some, the circumstances of their first steps into the faith have created a heightened anxiety about being accepted as rightfully Jewish. In Lebell’s words, “There’s a bunch of new Jews in the world who still have only ever experienced Judaism online.”

“I still kind of wonder how I’m going to feel [in shul],” Ari Langman, a recent convert at IKAR, told JI. “One of the things that has bothered me the most is the feeling of not necessarily being seen as a Jew by people who maybe don’t see converts that way.”

Berland, one of the new members at Adas, voiced a similar fear.

“Once things start to return to normalcy and people actually do start going back to services, I feel like people who went through their conversion experience may need a little bit more flexibility and understanding,” she said, adding that she hopes longtime congregants will be accepting of that adjustment period.

Ultimately, as a number of those who have recently converted or are working toward conversion pointed out, the experience as a whole can only exist in the context of community, and community often requires a physical gathering space. In the future, those gathering spaces will be available once again, lending mid-pandemic converts an opportunity to fully immerse themselves in the daily Jewish world they have already entered.

“I can’t wait to go back to synagogue, I’m actually waiting with bated breath,” Thompson said. “For me, the conversion process was… really about being in that Jewish space, surrounded by people who love you and embrace you.”