The former senator also weighed in on the many challenges ahead for his longtime friend, President-elect Joe Biden 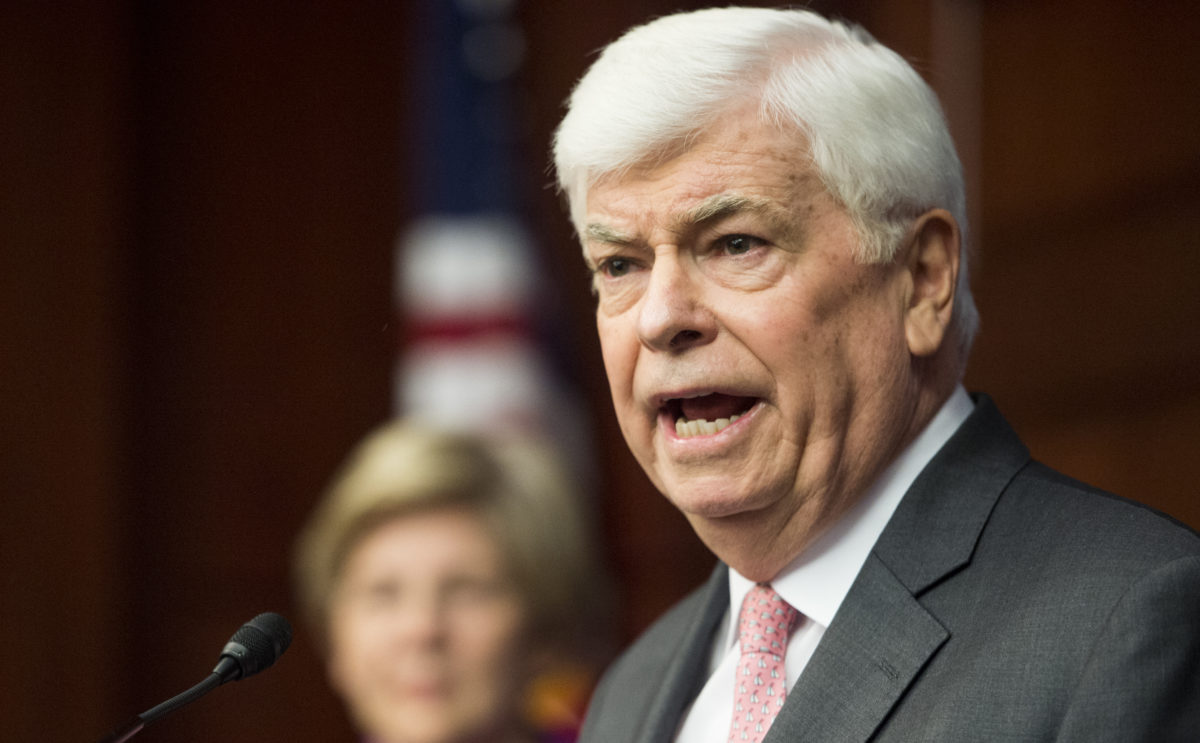 Former Sen. Chris Dodd (D-CT), whose father, former Sen. Thomas Dodd (D-CT), served as a prosecutor in the Nuremberg Trials — which began just over 75 years ago — reflected on the legacy of his father and the trials, as well as the lessons they offer for the future.

Dodd authored a recent letter to the editor in The New York Times about the trials, which he told Jewish Insider was meant to remind people of the significance of the Nuremberg Tribunal, the rule of law and the U.S. role in advancing global human rights.

“I don’t think there’s a single person left who was a prosecutor at Nuremberg,” Dodd explained to JI in an interview Thursday. “And so history fades.” [Benjamin Ferencz, who turned 100 earlier this year, is the last living Nuremberg prosecutor.]

The former senator said he sees the U.S. role in pushing for the prosecution of Nazi war criminals at Nuremberg as pivotal.

“The United States insisted this was not about property and colonization and land or riches and wealth, the winner takes all, [it was about] the rule of law,” Dodd said. “It wasn’t to give these thugs… a fair trial, it was to lay out the evidence and facts.”

Dodd was quick to emphasize that the problems which necessitated the Nuremberg trials are by no means a phenomenon of the past, pointing to the rise of anti-democratic nationalist governments across the world and the authoritarian regimes in North Korea, Russia and China — and specifically called out China’s mass detainment of Uighur Muslims.

“We’re also going through a time where facts and the truth and the rule of law seem to be under assault, not only here at home, but around the world in various places,” he said. “And so I thought the timeliness of the letter was not only to check the box historically and remind a generation with no memory, except what they’ve heard from parents and grandparents or witness to history what happened 75 years ago.”

Dodd, a longtime friend of Joe Biden from their days serving together in the Senate, is optimistic that the U.S. can become a leader on human rights and the rule of law under Biden — after President Donald Trump, in Dodd’s words, “neglected” these issues — given Biden’s long tenure on the Judiciary and Foreign Relations committees and his previous stint in the White House.

“I’m confident with Joe Biden because I’ve known him so well. We sat with each other for 30 years on the Foreign Relations Committee,” said Dodd. “We’ve been friends for almost 40 years. He cares deeply about these issues. I can still hear his voice talking to Milosevic,” he added. “He’s certainly not been shy about lecturing our allies in Iraq and Syria and elsewhere about these issues… He argued that the only reason we ought to stay in Afghanistan was because of the human rights issue.”

While he’s not currently involved with Biden’s transition team, Dodd has a unique insight into Biden’s thinking on personnel choices, both as a longtime friend and a member of Biden’s vice presidential selection committee.

Dodd said that Biden seems to be prioritizing “competency” and those he knows and trusts for many administration picks, explaining that “we don’t have the luxury of having people come in and spending six months or a year becoming familiar with the agency or the subject matter.”

“He coupled that with a great lesson that will be hard for all future administrations, regardless of political party, to avoid, and that is to choose people who represent the diversity of our country,” he added. “The notion, ‘well we couldn’t find somebody of color or somebody who is of a different ethnicity or racial background,’ that’s always been a lie. And Joe Biden is proving it to be the lie.”

Despite debates across the Democratic Party on its approach to Israel, Dodd expects that, at least under Biden’s leadership — alongside Secretary of State-designate Tony Blinken and National Security Advisor-designate Jake Sullivan — the party will stick to the status quo.

Dodd added that he’s not plugged in on who Biden is considering nominating as ambassador to Israel, and also declined to comment on reports that he is, or had been, under consideration for ambassador to Ireland.

“I suspect… the priority is to deal with these domestic cabinet positions and related offices,” he said. “I don’t expect, generally speaking, any announcements on ambassadorships, except maybe in these very critical countries like China and Russia, [to] come any time soon. They’ve got a lot of work to do to get ready for the 20th of January.”

Dodd told JI that, in addition to his letter to the Times, he’s working to promote awareness and study of the Holocaust and other human rights issues through the the Thomas Dodd Research Center at the University of Connecticut, which focuses on such issues.

“We have a wide spectrum here of people we focus on, really to celebrate heroes who are continuing to make a difference in this field,” Dodd explained.

In commemoration of the 75th anniversary of Nuremberg, the center is planning regular programming highlighting the trials’ proceedings, according to Dodd, and will host a rededication in October 2021, marking the 75th culmination of the trials.

The anchor of the Dodd Center’s original collection was Thomas Dodd’s papers from the Nuremberg trials, including the multi-page letters he wrote to Dodd’s mother every day of the 14 months he spent in Nuremberg.

The former senator closed out his interview with JI by reading an excerpt from one of those letters, dated June 1946, in which Thomas Dodd grappled with the significance of the work prosecutors were doing.

“There is a great satisfaction doing one’s job, particularly a job like this… Someday, it’ll be recognized as a great landmark in the struggle of mankind for peace,” Thomas Dodd wrote. “I will never do anything as worthwhile again, nothing will ever be really as important.”

Thomas Dodd went on to reflect on the gravity of the crimes which he was prosecuting.

“Never would I have believed that men could be so evil. So determined on a course of war, of murder, of slavery, of dreadful tyranny. Never before has such a record been written,” the letter reads. “And men will read it for 1,000 years in amazement, and wonder how it ever happened.”

“You asked the question, ‘Why remind people?’ That letter does it for me,” Dodd concluded, choking back tears.