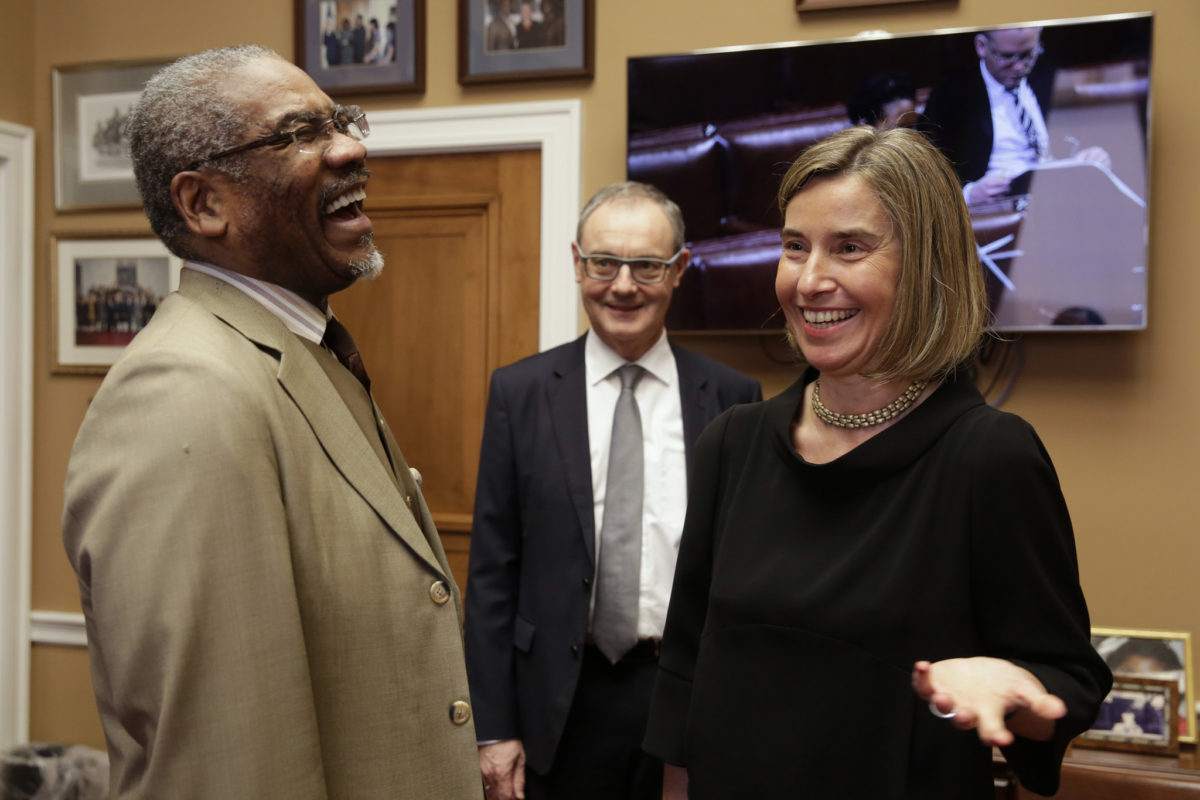 One hundred and fifty House Democrats have signed onto a letter to President-elect Joe Biden pushing him to rejoin the 2015 nuclear deal with Iran.

The letter, which has been circulating on Capitol Hill for approximately two weeks, expresses support for Washington’s swift reentry into the agreement without renegotiations, the withdrawal of some the sanctions imposed by the Trump administration under its “maximum pressure” campaign to bring Iran back into compliance and further negotiations on other issues, including Iran’s terrorist activities and non-nuclear weapons development.

“As Congressional leaders – regardless of our support or opposition to the JCPOA in 2015 – we are united in our support for swiftly taking the necessary diplomatic steps to restore constraints on Iran’s nuclear program and return both Iran and the United States to compliance with the JCPOA as a starting point for further negotiations,” the seven representatives said in a joint statement.

“We are sending this letter to endorse President-elect Biden’s call for diplomacy as the best path to halt and reverse Iran’s nuclear program, decrease tensions in the region, and facilitate our nation’s reincorporation into the international community,” the statement continues.

Biden has urged Iran to return to compliance, and said, if Iran abides by the terms of the 2015 agreement, the U.S. will rejoin the deal and end Trump’s sanctions “as a starting point for follow-on negotiations.”

The letter’s signatories represent a range of ideological positions within the party, ranging from moderate foreign policy hawks like Sherman — who initially opposed the JCPOA — and Spanberger, a former CIA officer, to progressives including Reps. Rashida Tlaib (D-MI), Ilhan Omar (D-MN), Ayanna Pressley (D-MA) and Alexandria Ocasio-Cortez (D-NY), the quartet of lawmakers known as “The Squad.”

The path back into the JCPOA suggested in the letter may not be possible, according Rafael Grossi, the head of the U.N.’s atomic watchdog agency because Iran has exceeded many of the limits on its nuclear activities in the past four year.

“I cannot imagine that they are going simply to say, ‘We are back to square one’ because square one is no longer there,” Grossi told Reuters. He argued that the U.S., Iran and other parties would need to negotiate a new agreement to address Iran’s breaches of the 2015 deal.

Both the Israeli government and AIPAC have advocated against the course of action the letter advocates. Israel’s Ambassador to the U.S. Ron Dermer said in March that re-entering the deal as it stands would be “totally unacceptable.”