The Israeli podcast startup that landed Hillary Clinton as a client

Riverside.fm, founded by brothers Nadav and Gideon Keyson, offers high-quality playback that can be recorded from anywhere 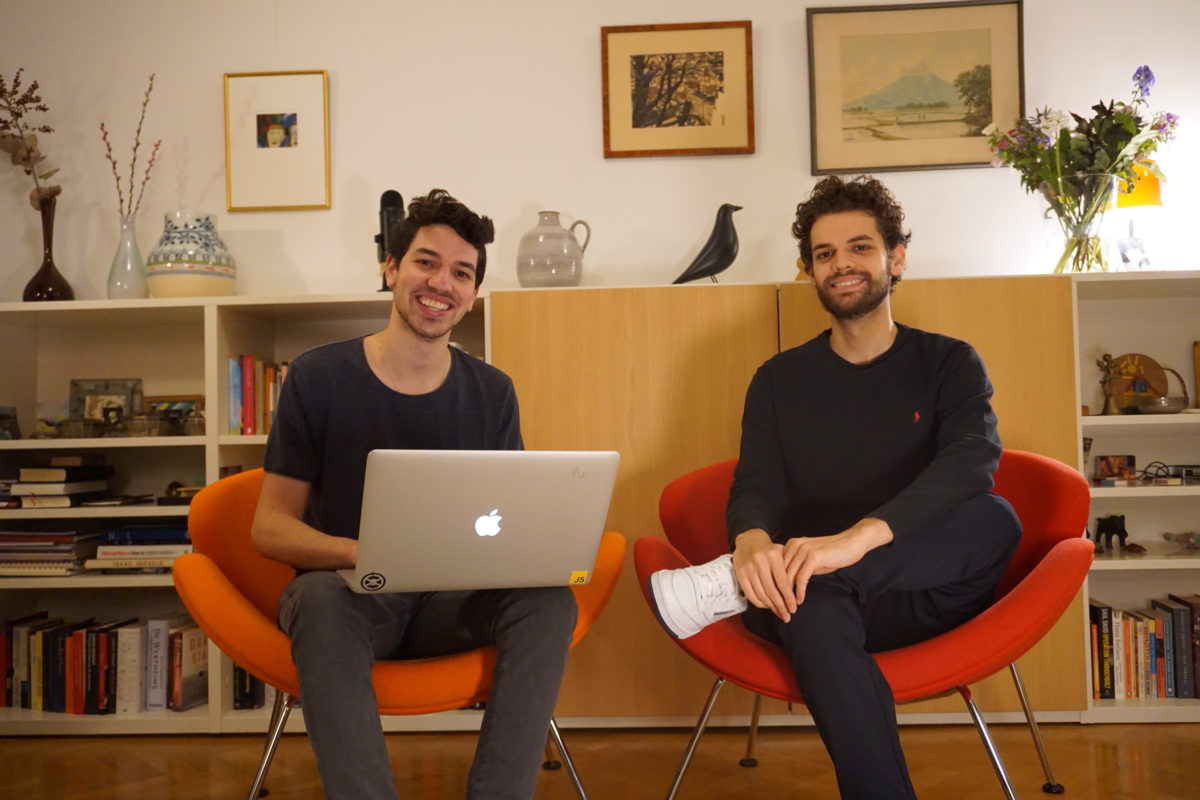 Gideon and Nadav Keyson of Riverside.fm.

Brothers Nadav and Gideon Keyson could never have imagined just how timely their new podcast recording startup would be.

The pair rolled out a soft launch of Riverside.fm — which enables high-quality audio and video recording with nothing more than a browser — in March, just as the COVID-19 pandemic was sending journalists and podcasters around the world home from their studios.

“There’s an upside, for sure, it’s very good timing,” Gideon told Jewish Insider in an interview this week conducted over Riverside.fm. “But of course we want the pandemic to end.”

The streamlined platform sets itself apart from other software by enabling users to record seamless audio and video regardless of the speed of their internet connection.

“The biggest reason why people use us and not Zoom, for instance, to do their remote recordings, is we record audio and video locally on each device,” Gideon explained. “So instead of doing cloud recordings — where if you have bad internet your recording will be very bad quality — with Riverside, the recording will be 100% clean with no internet interruptions.”

Earlier this month, the Tel Aviv-based company celebrated both its official rollout and the announcement of a $2.5 million seed investment from Israeli-American venture capitalist Oren Zeev.

“When I met Nadav and Gideon I was very impressed with the early traction,” Zeev told JI. “Despite no investment in marketing and sales, customers were somehow learning about the product and buying it.”

Riverside.fm has already lined up an impressive array of clients, including newly minted podcaster and former Secretary of State Hillary Clinton, who recently launched her podcast “You and Me Both.”

“Just imagine, we needed a recording platform that could help us make a podcast during a pandemic, and, boy, did they step up,” Clinton said in a statement.

“The producer reached out to us,” Gideon told JI of landing Clinton. “As soon as you start building a good name, all these producers — it’s just a small world of podcast producers, content producers, especially the high-value ones… they all know each other,” he added. “Word of mouth is very strong in this market.”

Gideon said Riverside.fm has nabbed a range of other high-profile clients including Spotify, Verizon Media, Marvel, Bloomberg and BBC.

Nadav, 26, serves as CEO while Gideon, 22, is the CTO of Riverside.fm, which now counts a total of seven employees. The Keyson family is native to Amsterdam, but Gideon — who said he learned coding from a Masa Israel tech bootcamp — has relocated to Israel and Nadav is on his way.

“We’re quite Zionistic,” Gideon said, noting that both his father and grandfather long dreamed of having a family business, and basing it in Israel provides extra meaning. “Israel is very good for talent, and for building your business, so it’s not only ideological — it’s just a good place to be.”

Nadav and Gideon first devised their technology as a platform for hosting political debates in the Netherlands.

“Me and Nadav were always building stuff,” Gideon said. “In Holland five years ago, we started the debating platform [Debater.tv], an online debating platform through video.” The product was used by Dutch politicians, “but we were making no money, we were losing money every debate” by organizing and finding moderators. But the technology, he said, provided the basis for Riverside.fm, and “we figured podcasters want to do the exact same thing, but for themselves, create podcasts with really high-quality recordings.”

Since the platform’s launch, a slew of established podcasters have adopted Riverside.fm, whose subscription plan starts at $19 a month. “We built a product that people really liked,” Gideon said. “As soon as we launched the product… it started growing really quickly. We’re the first ones to do this and there’s such a big need for it.”

And two weeks after their official launch, Gideon said the work and innovation is ongoing. “We really tried to make a good product,” he said. “It’s a very product-focused space, so you have to keep innovating and keep building new features and making sure your customers are happy.”