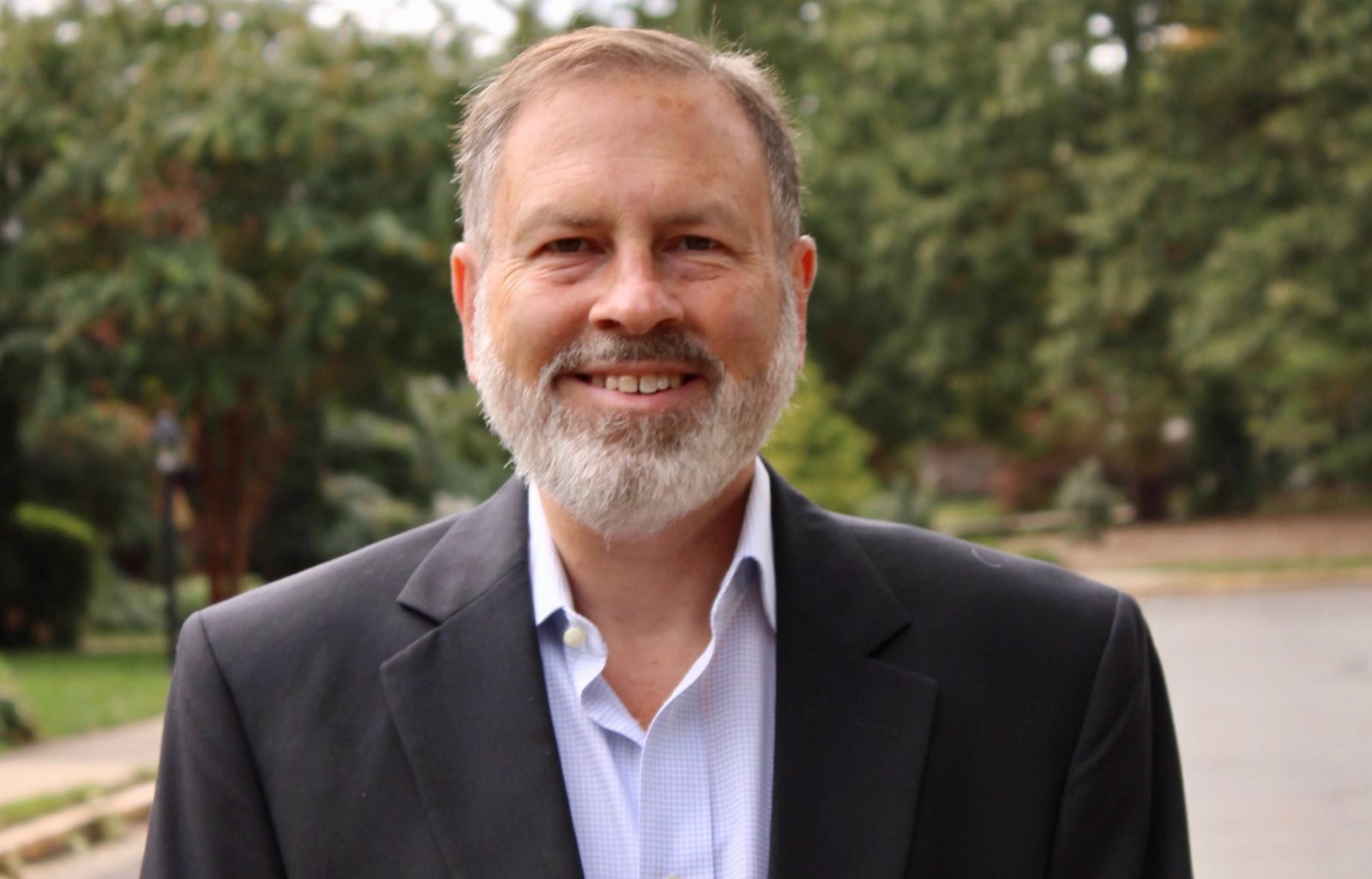 Howard Mortman may not be a household name, but he is a familiar one to political journalists and Washington observers alike, for whom Mortman — author of When Rabbis Bless Congress: The Great American Story of Jewish Prayers on Capitol Hill, out this week — has become a virtual encyclopedia of all things related to Capitol Hill.

C-SPAN’s director of communications since 2009, Mortman is known for his lively Twitter feed, which intermixes archival C-SPAN videos with screenshots and clips of the daily events aired on the network since its launch in 1979, capturing the present while serving as a reminder of the political figures who came before.

When Rabbis Bless Congress takes readers through 160 years of congressional history, cataloguing the rabbis — 441 in total — who have opened a session of Congress, beginning with Rabbi Morris Raphall, who was the first Jewish chaplain to open proceedings with a prayer in 1860.

In 2014, Mortman — who describes his career very simply: “For a living, I watch Congress” — first had the idea for a book cataloguing the history of rabbis speaking in Congress. “I’ve always been… just really fascinated by the prayer that opens each session,” he told JI in a Zoom call from his home outside Washington. “And it’s the prayer that comes even before the Pledge of Allegiance, it’s the first thing they do in every legislative session of Congress and pro forma sessions. And so the whole thing looks like nothing else that happens to Congress — you have a man or woman of the cloth, praying to God, everybody’s quiet, there’s nothing controversial about it. There’s nobody fighting like you see on the floor of Congress every day. It’s just a prayer. The whole tradition intrigued me.”

After seeing a number of rabbis give opening prayers, Mortman conducted a deep dive into the Jewish chaplains who were selected for the high honor. While the book begins with the first rabbi to open a session of Congress, C-SPAN’s archives only date back to the early 1980s. To sort through more than a century of historical information, Mortman relied heavily on Congressional Records, which were digitized during the course of his research for the book.

Writing a book is not such a stretch for Mortman, whose pre-C-SPAN career included seven years as a columnist and editor at National Journal and two years as a producer on Chris Matthews’ “Hardball.” He joined C-SPAN after working with the network while on staff at a media strategy firm. “We built — it sounds quaint now — a convention hub where we brought in online and social media coverage onto one site for C-SPAN.” Shortly after, Mortman was hired as the company’s communications director.

“For me, being a true geek, a propellerhead, for Congress and for media and all that, and just growing up watching C-SPAN — it’s almost like when you love the New York Yankees, and you get called up to play center field, that kind of thing,” he said.

If Mortman was not always destined to work in media, he was certainly bound to work in the political sphere. After graduating from the University of Maryland, College Park, in 1988 with a degree in government and politics, he took a job as a special assistant at the Department of Housing and Urban Development under then-HUD Secretary Jack Kemp.

“I’ve been a political junkie my whole life and I just love the stuff,” Mortman admits. “One thing that’s really kind of fun now is, now that I’m moving on in my age, stuff that just seems like pop culture politics is now like, rooted in history.”

William Daroff, CEO of the Conference of President of Major American Jewish Organizations, first met Mortman in the mid-1980s. The two would later work on Kemp’s 1988 presidential campaign.

“Howard is a great communal resource. From his perch, he’s literally on top of every news cycle,” Daroff said. “He is able to make the connections between the happenings here in Washington as they converge with Jewish communal interests and things that are noteworthy for the Jewish community, whether it is discussions about Mideast peace or antisemitism or historical anecdotes, which he is able to quickly bring to the forefront of conversations that are happening in the general body politic.”

While When Rabbis Bless Congress serves as a thorough compendium of the rabbinical record in Congress, it also provides snapshots of conversations happening within the American Jewish community at pivotal moments in American history. In writing about the wave of European immigrant rabbis in the first half of the 20th century, Mortman tells the story of Rabbi David Philipson, a German-born, U.S.-raised Reform leader in the Midwest who held — and spoke about — deeply anti-Zionist beliefs. “We thank Thee above all for this dear fatherland of ours, the promised land of these latter days, the new Canaan,” Philipson said in his message on Feb. 2, 1904, more than four decades before Israel would declare itself a state and the U.S. government would recognize the move.

“You can’t imagine that kind of rhetoric or any kind of language being used nowadays, but back then it didn’t bat an eye,” Mortman explained. “And that was very common practice.”

Notably, while hundreds of rabbis have addressed Congress, only seven have been Sephardic. Rabbi Abraham Hecht — who despite being a leader of Sephardic congregations for most of his life, was actually of Ashkenazi descent — was given the honor on four occasions.

Sephardic Jews are one of several groups that Mortman — who also noted that a female Jewish military chaplain has yet to open Congress — would like to see better represented on Capitol Hill.

When Rabbis Bless Congress highlights prayers that on more than one occasion have commemorated somber days, though, Mortman noted, the first mention of the Holocaust in an opening prayer was given by a guest chaplain — who wasn’t Jewish — in July 1942.

Mortman also writes about Rabbi Arthur Schneier, who survived the Holocaust as a teenager in Nazi-occupied Hungary and would ultimately give the opening prayer seven times over the following five decades, each one coinciding with his arrival in the U.S. On May 8, 1990, Schneier commemorated his arrival from Europe: “You have saved me from the Holocaust, and 43 years ago today, on May 8, 1947, you brought me to the land of freedom and opportunity, the Nation of immigrants.”

If When Rabbis Bless Congress seems incredibly detailed, that’s because it is. Mortman wastes no opportunity to record a speech, a detail or a note about an individual’s life. And that attention to detail carries over into his day job.

While C-SPAN is known for its lack of commentary and uninterrupted streaming, Mortman asserts that its’s a misconception that those who work to keep the cameras “don’t have a sense of humor,” something he vehemently denies. “We are very funny people.”

It’s hard to contest — especially when there’s video evidence. Mortman, usually behind the scenes at C-SPAN, has dabbled in stand-up comedy. In December 2000, he opened a comedy fundraiser at Washington, D.C.’s famed DC Improv. A younger Mortman greets the crowd, and, it seems, the cameraman.

“C-SPAN is here tonight,” Mortman says. “You never quite know when they’re gonna show this on tape.”