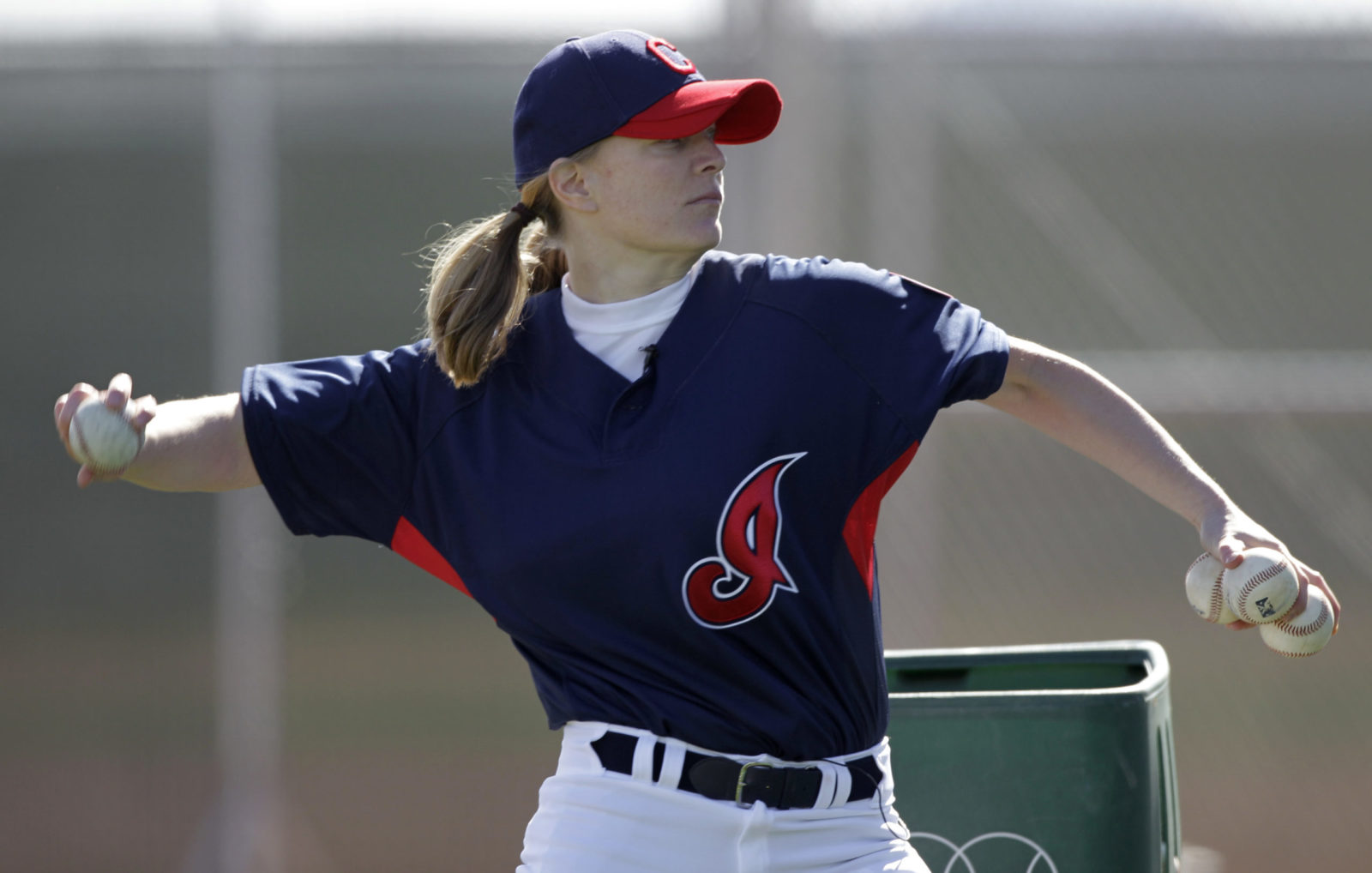 A league of her own

Baseball coach Justine Siegal made history when she became the first female MLB coach. Now she works to inspire others.

Justine Siegal always loved baseball. The sound of the bat when it made solid contact with the ball. The feeling of catching a baseball deep in her leather mitt. The friendships and competition. But at age 13, a coach told her to quit baseball and move to softball, because she was a girl. “The more I was told I should quit, the more I wanted to keep playing,” Siegal said in an interview with Jewish Insider. At 16, when she told her baseball coach that she, too, wanted to become a coach, he dismissed her, saying that no men would ever listen to a woman on the diamond.

Siegal, now 45, has since proved him wrong, becoming the first female coach to be hired by Major League Baseball when she was tapped to join the Oakland Athletics in 2015. Today, Siegal’s A’s jersey hangs in Cooperstown, N.Y.’s National Baseball Hall of Fame, alongside memorabilia from the first women to play professional baseball, whose stories were immortalized in the film “A League of Their Own” starring Tom Hanks, Geena Davis and Madonna.

Siegal was tapped as a baseball coach for the upcoming Amazon reboot of the 1992 classic, this time starring “Broad City” actress Abbi Jacobson, who is also producing the series. The pilot was filmed shortly before COVID-19 shut down production across the country.

Siegal ran a three-day camp for cast members, and worked with them individually for a month beforehand. “Coaching actors was a lot of fun. I loved it. The actors were very coachable and eager to learn as much as they could as quickly as possible,” said Siegal. “It was fun watching them get better with every practice, and I knew they were having fun too.”

“There are no women’s baseball leagues in the U.S. now. When the movie ‘A League of Their Own’ came out, there were more than 100 teams, but most dissipated,” said Siegal. “‘A League’ will take the past and bring us into the future.”

Siegal began her career in men’s professional baseball. In 2009, she was hired as a first base coach for the Canadian American Association of Professional Baseball’s Brockton Rox.

In 2011, she was the first woman ever hired by an MLB team — the Cleveland Indians — to pitch during batting practice. Her Indians jersey now hangs in a collection at the National Museum of American Jewish History in Philadelphia.

Five years later, Siegal was hired as the mental performance coach for Team Israel in the World Baseball Classic qualifier. She was given a uniform and asked to coach a variety of positions, including pitcher and first base.

She helped the team, which consisted mostly of American Jewish minor league and former major league players, advance to the main tournament in South Korea. “I was really proud to wear ‘Israel’ across my chest,” she said.

Siegal, who was born and raised in the Cleveland suburbs, has been to Israel five times, on trips celebrating her siblings’ and her own bar and bat mitzvot, and that of her daughter, who is now 22. Growing up, she attended Hebrew school at a Conservative synagogue and later spent two years teaching physical education at a Jewish day school. Siegal said this year, she streamed Yom Kippur services from Ikar, a congregation in Los Angeles.

According to The New York Times, at the beginning of 2020, 21 women held on-field coaching or player development jobs in professional baseball, up from just three in 2017. Forty percent of MLB’s central office professional positions are held by women.

The lack of gender equality in sports was an impetus for Siegal to found Baseball For All, a non-profit organization that keeps girls playing ball through age 18. While Baseball For All’s 45 teams usually play in fields around the country, the pandemic has shut down live games. Baseball For All, like most non-profits, pivoted toward online programming.

In an ordinary year, Siegal runs five or six regional baseball events and an international July tournament, for which 600 players had registered. Since the pandemic shut down most live sports around the country, “we had to cancel all of our baseball events on the field, which is our primary income,” she said.

Plans to hire a second full-time employee and to organize more events next year have been scratched for now. To make it through the pandemic, Siegal cut the organization’s $150,000 annual budget in half and received a $12,000 Paycheck Protection Program forgivable loan. “Instead of expanding, we have to be creative about how we’re growing,” she said.

Instead, Siegal created 10 webinars on women in MLB leadership, and is now in the midst of “Read On, Lead On,” a six-week online program in which participants — more than 80 girls ages 9-18 — read a book about a girl booted from her all-male Little League team.

The program also includes a private consultation with someone working in professional baseball, in whatever area of the industry she is most interested in, whether it’s coaching or pitching or human resources. Siegal has recruited volunteer mentors from top major league teams, including new World Series champions the Los Angeles Dodgers. “One of the girls gets to talk with the coaching coordinator of the LA Dodgers. That’s pretty amazing,” said Siegal. “It shows the respect the mentors have for our organization. That makes me happy. They can see the value in helping these girls, whether they end up working with MLB or go in another direction, leadership and confidence are always important.”

Elizabeth Benn, MLB’s senior coordinator of player programs for baseball development and diversity, might not be working in the big leagues today had Siegal not suggested that she consider coaching. Benn, 27, met Siegal when she was 11 and the only girl playing baseball with boys in her hometown of Toronto. When Benn was benched following shoulder surgery at 16, she reached out to Siegal, who suggested that she consider coaching, Benn told JI.

“She has blazed a trail for many women in baseball. The work she has done allowed doors to open for others. There are a lot of women coming up through the ranks [of professional baseball] now,” said Benn. “For me, Justine planted the seed.”

“Justine Siegal is a pioneer, a pathbreaker,” said Leslie Heaphy, associate professor of history at Kent State University, and the author of several books about baseball. She is also vice president of the Society for American Baseball Research. “Justine has paved the way for so many to get an opportunity at any level, whether it’s 6-year-olds or adults,” Heaphy said. “She doesn’t give up getting girls and women the chance and opportunity. That’s what Justine has always done.”