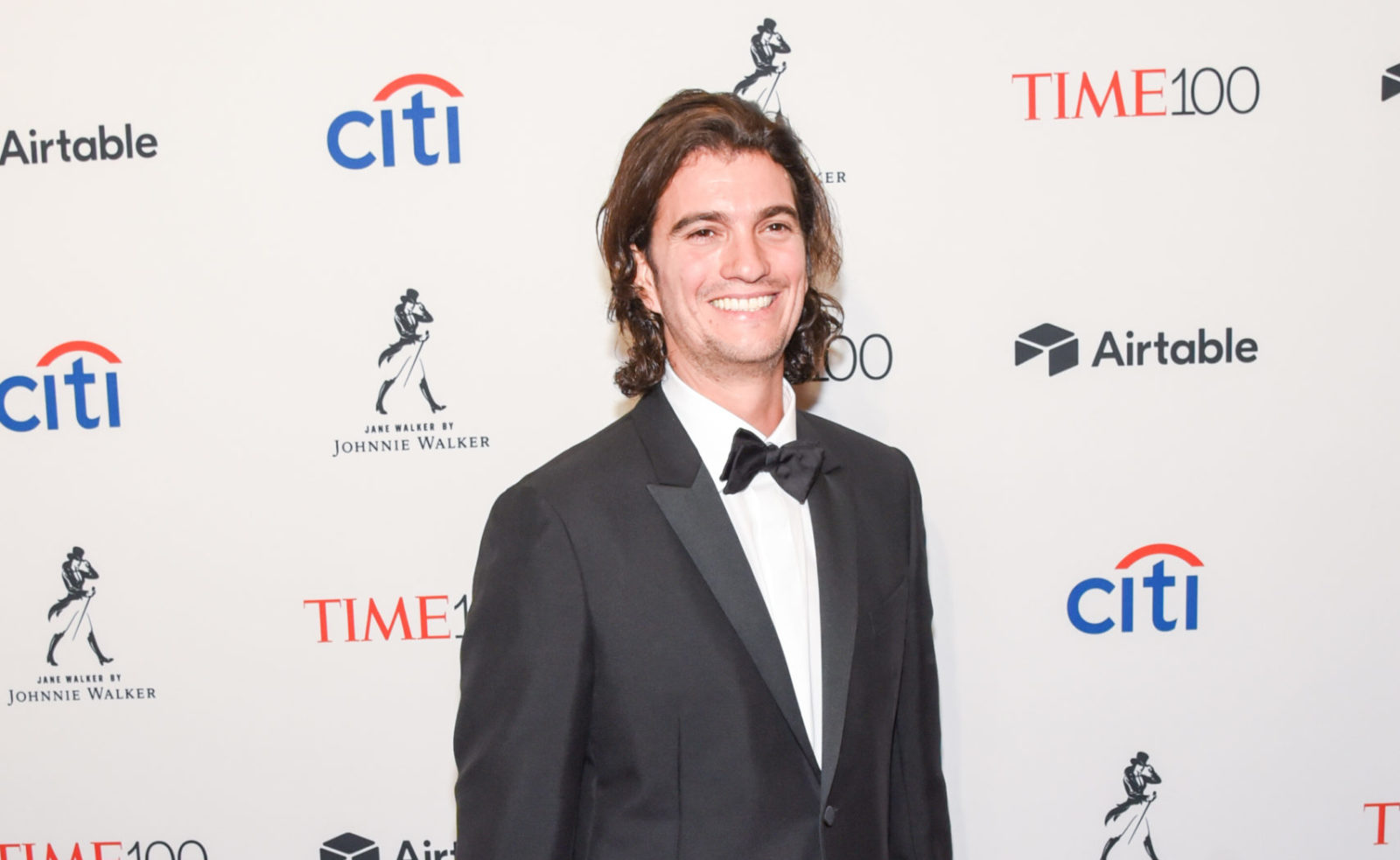 Charting the meteoric rise and fall of WeWork’s Adam Neumann

In a new book, Reeves Wiedeman talks to 200 past and present employees to delve deep into the company’s fall from grace

With a propensity for bombastic proclamations, a tendency to wander around barefoot and a flowing mane of hair atop his 6’5” frame, Adam Neumann took the New York startup world by storm when he launched WeWork a decade ago.

But just when the company seemed to be at its peak — poised to go public at a valuation of $47 billion last year — everything started to crumble, and within weeks the Israeli-born Neumann was “trying to maintain control of his company in the middle of the most humiliating attempt at a public offering in American business history,” writes Reeves Wiedeman in a new book about the incredible trajectory of WeWork and its enigmatic founder.

In Billion Dollar Loser: The Epic Rise and Spectacular Fall of Adam Neumann and WeWork, released today, Wiedeman traces the company’s meteoric path and startling collapse, which grabbed headlines around the globe and shook up the startup industry.

Wiedeman, a contributing editor at New York magazine, had covered WeWork long before its failed IPO, expressing skepticism in June 2019 of Neumann’s managerial style, the company’s troubling workplace culture and its unsustainably rapid growth. But even he was shocked by the spectacular fall of the coworking behemoth.

“I was definitely surprised, I was surprised at how quickly things went sour,” Wiedeman told Jewish Insider in a recent phone interview. “It was essentially a span of six weeks between WeWork unveiling its IPO paperwork to Adam being pushed out and the company’s IPO collapse. And I think even people who had been critical of the company to me and skeptical of it — even for them, even for people who thought the company had something coming for a long while — were surprised just how swiftly things turned south.”

To research the book, Wiedeman spoke with more than 200 people connected to Neumann and the company, “from some of the lowest people on the totem pole at WeWork all the way up to the most senior executives,” he said. While he sat down with Neumann for a magazine article last year, the company’s former CEO declined Wiedeman’s repeated efforts to connect again after his ouster for the book.

The author paints an in-depth portrayal of Neumann’s life, from his nomadic childhood, including a several-year stint at Kibbutz Nir Am near the Gaza border, to his five years in the Israeli Navy and his decision to set up shop in New York, moving in rent-free with his model sister, Adi. Over a decade, Wiedeman writes, “through a mix of grit, luck, charm, ruthlessness, impeccable timing, and chutzpah, he had become, on paper, one of the world’s wealthiest people — a bipartisan American hero.”

While Neumann and his sister grew up with little religious influence, they became more involved in New York, joining first the SoHo Synagogue and later the Kabbalah Center, connecting with a steady stream of Israeli and American Jews who were oftentimes integral to WeWork’s growth. Neumann’s embrace of Kabbalah — and later of observant Judaism — was often a feature of his spiritual-driven speeches to staff and investors. “He pushed WeWork employees to take Kabbalah classes, and started holding regular meetings with [Rabbi Eitan] Yardeni at WeWork headquarters that executives were encouraged to attend,” the author writes.

“There were — definitely from the Kabbalah Center — investors and employees at the company, that just sort of were some of Adam’s friends,” said Wiedeman. “Something people told me over and over again was that he prioritized loyalty. He kept his inner circle small… he added people who were kind of the people he trusted, and those circles tended to overlap.”

One rabbi encouraged Neumann to keep Shabbat, Wiedeman writes, “as a way of reconnecting with what matters. Adam tried it and found that it helped — at least until Thursday, when his ego would flare back up and he had to start the process all over again.”

The author details the early days of WeWork — including how Neumann likely borrowed the workspace-sharing idea entirely from Cheni Yerushalmi, the Israeli son of one of his Baruch College classmates — and the key role that hasidic real estate investor Joel Schreiber played in funding the company’s first steps.

“When I spoke to Schreiber years later,” wrote Wiedeman, “he said that he considered himself the company’s third founding partner; others told me WeWork would not have happened without him.”

Neumann also built extensive ties to some of the most consequential figures in the business world, including fellow real estate heavy hitter Jared Kushner, whose prominence only soared after his father-in-law was elected president. “During the campaign, Adam ran over to a group of WeWork employees with a smile on his face and told them Kushner had just called to say that if Trump won, WeWork would be given the task of reimagining America’s post offices and libraries,” Wiedeman wrote. “It was hard to figure out what was real in Adam’s statement — a perpetual problem at WeWork — but the Kushners and Neumanns clearly remained close, dining together at Carbone in Manhattan after Trump’s victory.”

The larger-than-life WeWork co-founder also felt he could apply his skills to solving the Middle East conflict, buoyed by Kushner’s ascension to the White House. “Adam believed that Kushner, himself, and [Saudi Crown Prince Mohammed] Bin Salman were millennial leaders bringing about a better world,” Wiedemann wrote. In a meeting with Bush national security advisor Stephen Hadley shortly after the murder of Saudi dissident Jamal Khashoggi, “Adam told Hadley that bin Salman simply needed the right mentor. When Hadley asked who that might be, Adam paused, and then replied, ‘Me.’”

Later, Kushner called Neumann to ask for his help creating a video for the Mideast economic workshop held in Bahrain in June 2019. “Neumann gave the job to one of his Israeli executives, who helped find an advertising firm to work on the clip,” the author recounted. “At the summit, Kushner screened the video — trees rise up from the rubble, blooms sprout in the desert — to a crowd” of gathered diplomats and business executives.

And though the company continued its exponential growth, Neumann had a habit of smoking pot and drinking tequila at work, wandering around barefoot, occasionally getting in shouting matches with tenants and being thrown out of hotels, alleged ex-employees. But above it all, Neumann wielded an undeniable charisma and power of persuasion that continued to reel in investors — including a critical $9 billion from SoftBank CEO Masayoshi Son.

“A lot of people in the real estate space, who were WeWork’s competitors in the early days, they just didn’t quite have the ambition to try to build this globe-spanning company,” Wiedeman told JI about what set Neumann apart. “Adam’s ambitions were met with ambitions from investors, and particularly venture capital investors… Adam’s ambition, and his charisma and his ability to convey that to these groups of people, I think was fed by the amount of money that WeWork had. It’s expensive to expand as quickly and as broadly as they did, and that required a lot of money, and Adam was better at raising money than pretty much anyone.”

But within days of WeWork filing its IPO paperwork in August of last year, criticism of the company and of Neumann reached a fever pitch, with investors, analysts and journalists pointing to heavy losses, mismanagement, a questionable business model, the outsized and ever-changing role played by his wife, Rebekah, and red flags including Neumann charging WeWork rent for buildings he owned and making the company pay him millions of dollars for rebranding rights.

“I talked to a number of WeWork employees who were sort of down the chain and they always were saying, ‘we just assumed that there were adults in the room,’ that there were people tracking the numbers,” Wiedeman told JI. “And there were. There were very serious people who came from solid backgrounds, some came from very established companies, law firms, big giant corporations.”

But, the author said, many went along with Neumann’s grandstanding for so long in part because “it kept working, for a while… you didn’t want to be the person raining on the parade when it was going so well.”

As the fallout from WeWork’s failed IPO took shape, analysts wondered and opined if and how the startup world would learn from the company’s mistakes. But Wiedeman is not optimistic that those lessons will take root or have a lasting impact.

“I would like to say that we would all have learned something kind of fundamental,” the author said. “But one interesting thing is that WeWork was founded out of the last recession, after 2008, and we’re clearly entering some new kind of scramble period, and there’s going to be these ambitious companies that rise up in the next few years,” he added. “And while I’d like to think that the investor world in particular would have learned some lessons about the dangers of growth, it’s going to be hard to convince people not to pursue these sort of world-spanning ambitions… I don’t know if this world has learned as much as perhaps they should.”

Just a few days before the release of Billion Dollar Loser, news broke that Neumann had returned to the real estate investing world, pouring $30 million into the residential living startup Alfred. And it was perhaps poetic timing for Wiedeman, who ends the book with the prophecy: “sooner than later, he would be back.”

“He’ll be making some kind of comeback,” predicts Wiedeman. “Whether that means he’s going to be running his own company again, or he’s just going to become an investor or [enter] politics, which is something he talks about — I think the opportunities will be there to kind of change the narrative of his reputation a little bit. But I think there’ll be people who will give him new chances.”