where the heart is

His real estate company, Repvblik, buys hotels and retail properties and converts them into housing units 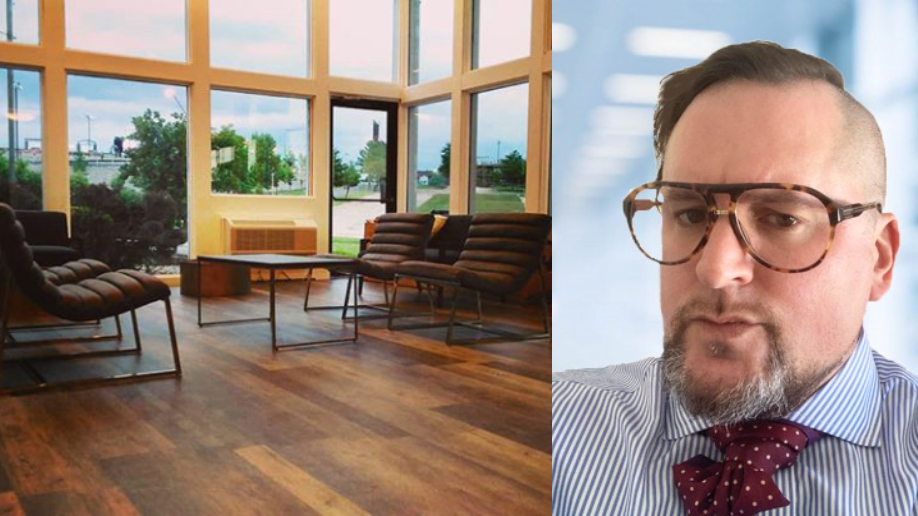 Richard Rubin and a room in "Plato's Cave," the converted housing unit in Branson, MO.

The COVID-19 pandemic has ravaged U.S. businesses — particularly the retail and hospitality sectors — and placed thousands of Americans at risk of being evicted. But Richard Rubin, CEO of real estate company Repvblik, sees an opportunity amid the economic uncertainty.

Rubin believes his company’s business model of “adaptive reuse” — buying up old hotels and retail and commercial spaces and converting them into affordable workforce housing — is well suited to the changing economic environment.

“There’s just so much that goes into a building that was previously vacant and turning it around that is just hugely beneficial if one does a good job,” Rubin told Jewish Insider, “within not only the town or city or village or enclave in which one’s operating, but also, creating communities and homes for folks is really a special thing to do.”

Repvblik has so far opened just one converted building — a former Days Inn in Branson, Missouri, now known as Plato’s Cave — but has about 10 projects in the works across the country, with a goal of expanding further and constructing 20,000 total apartments within the next five years.

“Things are definitely changing as far as people’s perception of the profitability of doing naturally occurring affordable housing within the U.S.,” he said. “We have the expertise and fortunately now the capital resources to make a reasonable impression in the market and hopefully deliver on a national basis many thousands of affordable housing units.”

Rubin added that he believes the carnage COVID will inflict on the real estate market has thus far been vastly understated.

Repvblik’s apartments target a niche group that Rubin said is vastly underserved: the workers who make up between 60% and 120% of the area median income — too much to qualify for subsidized housing, but not enough to afford the high-end housing on which many developers focus.

Rubin’s company also has its eye on potentially expanding into transitional housing for homeless people who are able to afford to pay some rent.

The entrepreneur got his start in the adaptive reuse market in his home country of South Africa. His company pioneered the field in Johannesburg’s Central Business District, he said, buying up high-rise commercial office spaces and converting them into multi-family apartments.

Rubin was not initially successful. His real estate business grew out of what he joked was the “most unsuccessful advertising agency in the world.” He originally looked at vacant buildings as potential advertising opportunities, but began to realize the real estate potential.

“I started to look at the fact that there were a million people coming into the city and a million people leaving,” he said. “And I thought, well, there’s got to be an opportunity for housing here.”

Rubin emphasized that in addition to the potential financial opportunities, a spirit of philanthropy and sustainability runs through his work.

“I come from very humble financial beginnings,” he said. “I know what it’s like to have a situation where one’s home is not as secure as one would want from a financial perspective.”

“Everything I’ve ever done has always been some confluence of capitalism and… philanthropy,” Rubin continued. “I feel pretty good about reusing assets.”

While still in South Africa, Rubin expanded into a pan-African student housing business and worked on a slum relocation project. He ultimately moved to the U.S. in 2015 after traveling there a year earlier for a student housing conference.

“I just set up shop here and just thought, there’s a huge opportunity to do this. And you know it’s been a very long road,” he said. “It was a difficult start. But I think we’re building quite a lot of momentum now… I think there’s a huge contribution we could make here.”