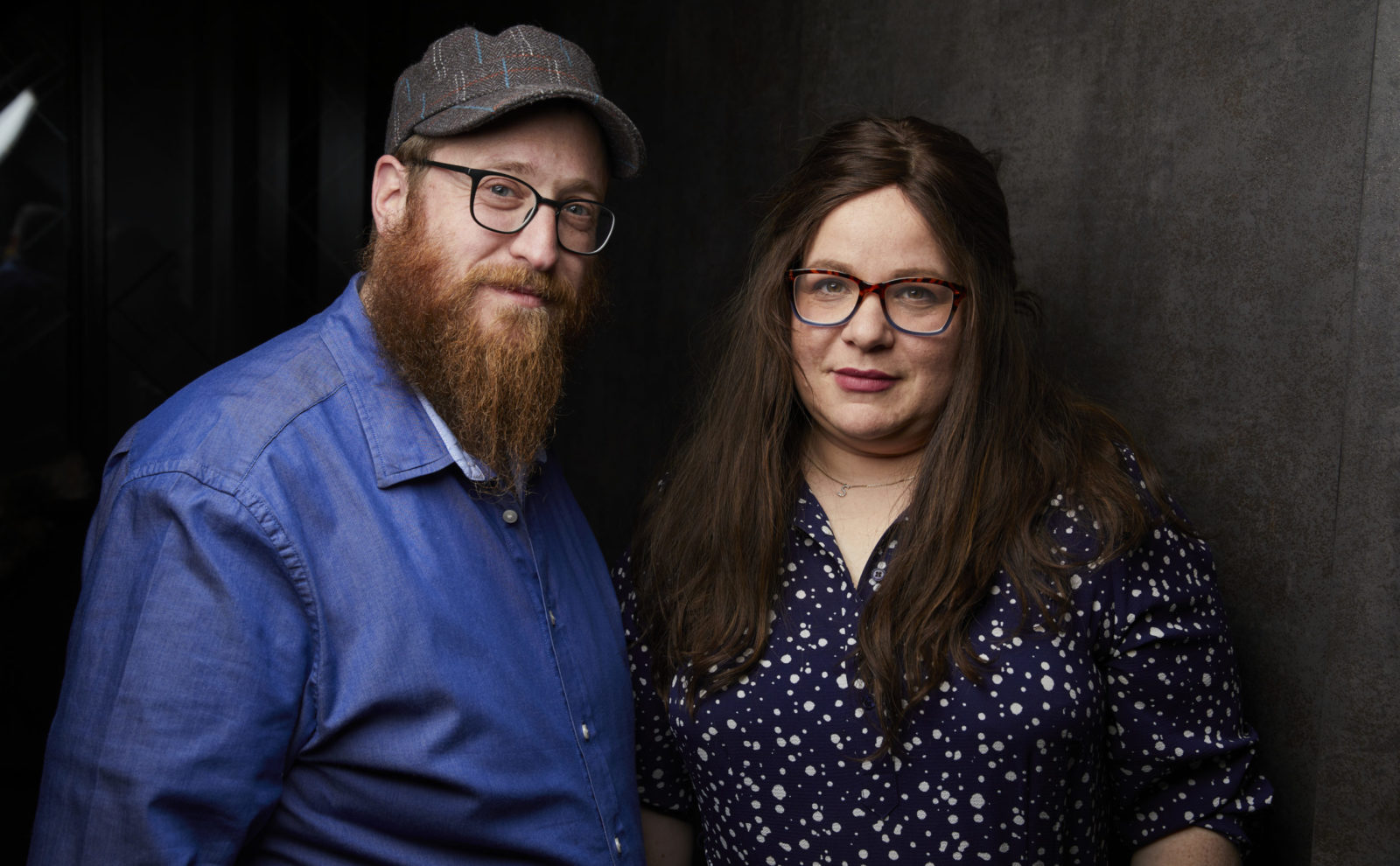 A kosher food magazine thrives amid a boom in home cooking

The novel coronavirus has rattled nearly every industry imaginable, but food publishing, at least, appears to have been so far unscathed by the pandemic as home cooks seek out new tips and recipes while largely confined to their kitchens.

Fleishigs, a kosher food magazine that is gaining popularity among Jewish and non-Jewish readers alike, has been one beneficiary of the uptick in culinary enthusiasm. The publication has taken on about 1,000 new subscribers since mid-March, when many cities around the country began to go into lockdown.

That’s a “nice jump,” according to Shlomo Klein, who founded the monthly print publication with his wife, Shifra, in November 2018. As one result of the lockdown, “There were definitely a lot more people cooking,” Klein told Jewish Insider in a recent phone interview from his home in Cedarhurst, N.Y., which doubles as the magazine’s headquarters.

Still, the virus has necessitated some adjustments. For one, Klein and his wife had to scrap an issue, planned for a few days after Passover, that just wouldn’t have worked given the circumstances. “It was going to be a restaurant issue,” Klein, who turned 40 during quarantine, told JI, adding that “after a week of everyone eating matzah,” they had wanted to draw attention to “restaurant-style food.”

The issue, Klein said, will most likely be released next year, when he hopes the subject will become relevant again. The next issue, scheduled for November, will be oriented around family dinners.

The magazine, which is distributed in Barnes & Noble, Whole Foods and kosher supermarkets across the nation, took a hit in terms of store sales. But Klein, who handles the magazine’s business side while his wife oversees editorial operations, says Fleishigs is in good shape even without such revenue.

Fleishigs, Klein said, has a loyal base of just over 5,000 subscribers, several of whom eagerly await its recipes, which aren’t published online. Many readers, he noted, write in before issues are even distributed so they can plan out their menus ahead of Jewish holidays.

The most recent issue, beautifully photographed, features a number of creative Rosh Hashanah dishes, including soy-braised veal breast, brisket-stuffed challah and baked, marzipan-stuffed apples. (Klein agreed to share his wife’s Montreal-spiced braised brisket, along with brisket cooking tips, for JI readers who are looking to get innovative for the Jewish new year.)

The name Fleishigs is a reference to the Jewish dietary term that encompasses meat preparation, in contrast to milchig cuisine, which includes any dairy dishes.

But Klein avers that the magazine’s name need not turn away a non-Jewish audience. “I would describe it as a food and travel magazine that just happens to be kosher,” he said, adding that the publication is exclusively kosher but that the dishes included in each issue are easily adaptable into a non-kosher lifestyle.

“Obviously we do have kosher consumers or Jewish people buying it, but it’s definitely not only Jewish people. I mean, anyone who picks it up, Jewish or non-Jewish, can appreciate the food content that is in there,” Klein said. “Our goal was, and is, to make the word fleishig more popular,” he told JI. “It doesn’t roll off the tongue so easily, but it’s an interesting word.”

Leah Koenig, a cookbook author who specializes in Jewish cuisine, agrees that the magazine has given readers a more expansive view of what kosher cuisine can be.

“I think Fleishigs fills an important niche in the Jewish cooking community by offering serious, foodie-oriented stories and recipes that happen to be kosher, but are also so much more than that,” she told JI. “They bring new corners of the global food world to life for the kosher community.”

Each issue highlights one cut of meat, usually beef — kosher dietary laws have led to most Jews only consuming the front half of the cow because some fats and veins in the hindquarters are forbidden, though the Sephardic community, Klein noted, has become adept at more precisely removing such offending bits — but the magazine has also dabbled in lamb and duck dishes.

Meat, according to Klein, is integral to Jewish life. “In the Jewish community,” he said, “all of our events are surrounding meat, whether it’s a happy event or an unhappy event.”

Both Klein and his wife come from families that put an emphasis on food. “My father-in-law is a baker, and my mother-in-law, she’s Russian, but she cooks up a storm,” Klein said. “So it’s definitely been a big part of our lives.”

Klein, who worked as a sofer, or scribe, specializing in tefillin boxes before he got into publishing, grew up in Johannesburg, the largest city in South Africa. His father is a shochet, or ritual slaughterer. “It was a normal thing for us to come home,” Klein recalled, “and see a piece of meat or a tongue on this wooden grate in our bathtub that we were taking baths in.”

Shifra, who is from Crown Heights, serves as the magazine’s editor-in-chief, recipe developer, art director and food stylist. Previously, she worked as a special education teacher.

The couple got into food magazines as a hobby about 10 years ago when they decided to put out a separate and now-defunct kosher magazine, Bitayavon, which loosely translates to “bon appetit” in Hebrew — and which, Klein declares, was the first kosher food magazine. They expanded their repertoire when they took on Joy of Kosher magazine as publishers for seven years. Fleishigs is now their sole operation.

Though print is dying, Klein thinks that his magazine can hold on because it caters, in part, to a client base of Orthodox Jews who value print because they can’t look at their devices during Shabbat as well as some Jewish holidays. “Everyone talks about numbers going down,” he said, “but in the kosher Jewish business world, it’s only going up.”

“In the more insular communities, print has always been popular,” Klein told JI.

More broadly, though, Klein simply believes that home cooks would rather refer to a print page while they’re making dinner as opposed to looking at a laptop, smartphone or tablet. “When it comes to cooking, a lot of people obviously refer to the websites when they can,” he said, “but a lot of people like to hold that actual print publication in their hands.”

Klein also noted that he and his wife are working on an app that will serve as a recipe database for subscribers who want to refer to dishes.

The magazine, whose marketing is done by Mann Sales Co. — a firm in Lakewood, N.J. — relies on a team of freelance writers and photographers who can contribute fresh content. “It’s not all about us,” Klein said. “We really like to include all the different bloggers, cookbook authors, writers. We like to keep it fresh. So you will see some steady columns, but we’re always changing it up.”

Klein and his wife may have been prescient in their devotion to a certain subset of kosher food, which can also accommodate vegans and vegetarians, depending on the dish. “There’s an affinity, among people who want to eat healthy, for kosher food,” said Klein, who has noticed that people who enjoy kosher food but aren’t Jewish believe it is “cleaner” and “more hygienic” because of the supervisions and restrictions in place.

“There is definitely this feeling out there,” he surmised.

Though Fleishigs is doing well, Klein didn’t rule out the possibility of adding to the stable another publication that focuses on kosher dairy cuisine.

“The funny thing is I really, really like my dairy,” he said with a chuckle. “I really enjoy my cheesecake and my yogurts and stuff like that. I would do it, but I don’t see it happening in the near future. Maybe in a couple of years if we see that there’s a need.”