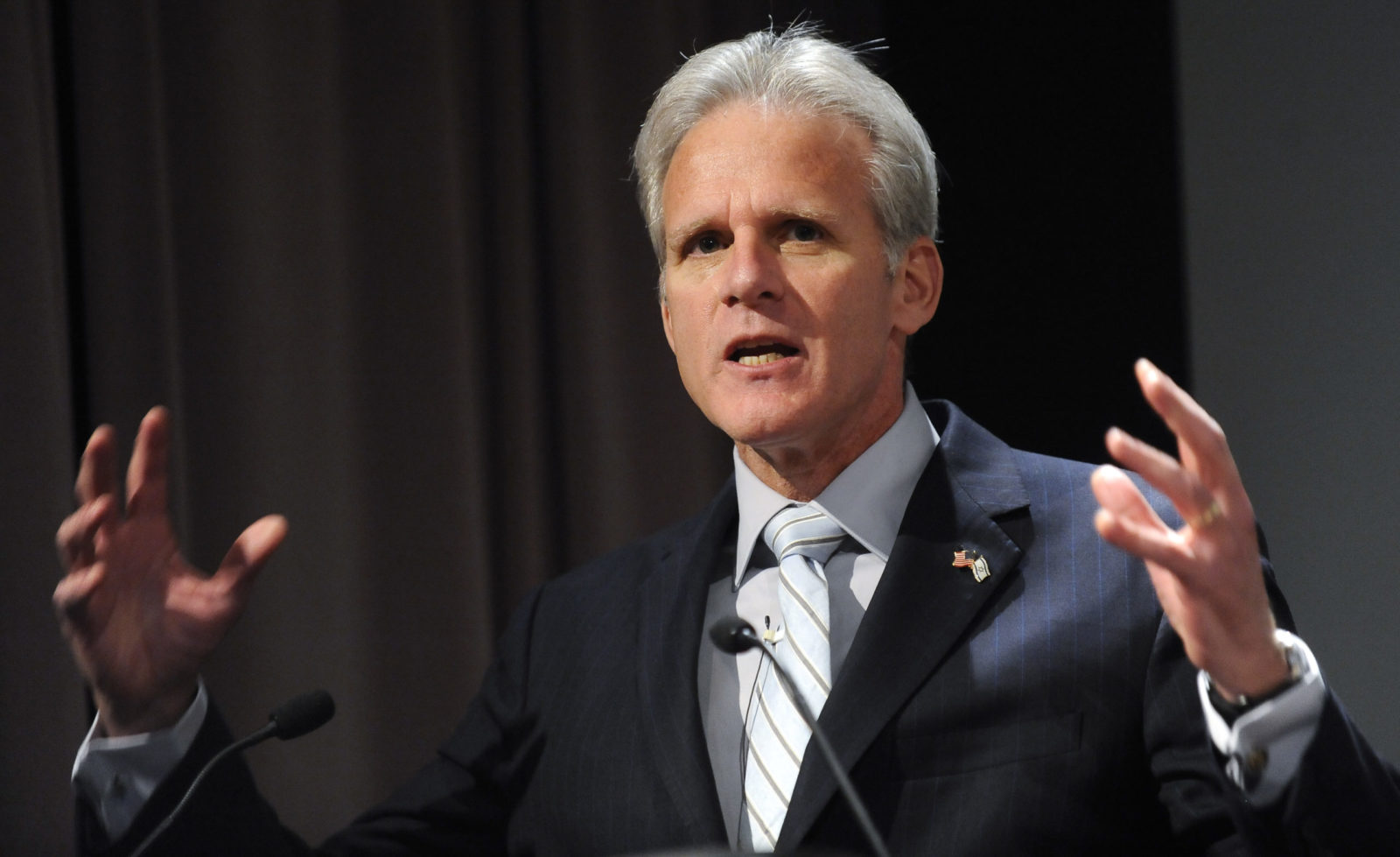 The former Israeli ambassador to the U.S. has penned a collection of 50 short stories

An alien looking down upon earth. A homeless single mom living in her car. A 12-year-old boy hunting for the afikomen. A prostitute working the streets. An 1841 army captain.

All these characters and more come to life on the pages of a new volume of short stories by Michael Oren.

The former Israeli ambassador to the U.S. and ex-Knesset member and deputy prime minister has penned a collection of 50 fictional tales, The Night Archer, which hits shelves tomorrow. But it’s not as much of a departure as you may think for the diplomat, politician and historian.

“People don’t know that I’ve always been a fiction writer, ever since I was 12 years old,” he told Jewish Insider in a recent interview. And throughout his long career in public service, writing has been a creative outlet and form of stress relief for Oren. “That and screaming,” he joked.

This isn’t the first foray into fiction for Oren, 65, who has published a series of acclaimed nonfiction works, including Ally, Six Days of War and Power, Faith and Fantasy. From a young age he penned poetry, plays and prose; he wrote and staged plays while an undergraduate at Columbia University and even spent one summer working as an assistant to the filmmaker Orson Welles.

In 2001, he published Sand Devil, a series of novellas set in Israel’s Negev, and in 2012 he released a novel, Reunion, based on the war stories he heard from his father, who served in the U.S. Army during World War II.

Oren finds the framework of a short story to be particularly inspiring.

“Short stories are the haiku of fiction,” he said. “What a novel gets to do in 300 pages, a short story writer has to do in three pages.” He must incorporate “fully realized characters, a plot, dialogue, dramatic tension and resolution in almost no space at all,” he said. “It’s the ultimate discipline. But on the other hand — it’s the ultimate freedom.”

Freedom is a particular driving force for Oren, who rejoined life as a civilian last year after close to a decade in public service, as an ambassador, Knesset member and deputy minister. During that period, he writes in the book’s introduction, “I forfeited not only my independence but the right to speak my mind entirely.” Nevertheless, he added, he continued to write daily while in office, “as a personal assertion of freedom.”

He began writing these particular short stories when he entered the Knesset five years ago, he said, reveling in the escape to the fantastical worlds and plots he created.

“You can write in any genre you want,” he said. “I can write a ghost story one day and historical fiction the other day and science fiction the next day — and I can write about God and love and I’m not beholden to any one style or person.”

Oren believes there are strong parallels between the freedom inherent in writing short stories and the freedom exemplified in Judaism — both bound by restraints and limited by laws.

“On the one hand I have this ultimate freedom of being anybody I want to be,” he said. “And on the other hand, I am supremely constrained by time and space.”

Oren left political life just over a year and a half ago, opting not to run in what became the first of three consecutive elections and a chaotic political landscape. In hindsight, it seems like he got out just in time.

“There’s a sense of relief on one hand, that I’m not party to this very painful and disappointing passage in our political life,” he told JI. “On the other hand, I’m still about service, I’m always about service.”

It is disappointing, he said, to watch the infighting in the so-called “unity government,” which seems to consistently be on shaky existential ground. Israel is “facing a profound crisis of credibility in our elected leaders,” he said. And amid the coronavirus pandemic and the devastating economic crisis, “most Israelis would find it indefensible” to call another election.

And Oren— who has been working in the business world since departing the Knesset — is not ruling out a return to politics and public service in the future, “under the right circumstances and conditions.”

After four years as Israel’s top envoy to Washington, Oren is a go-to commentator on all issues pertaining to the U.S.-Israel relationship. And he believes the ties between the nations will remain strong no matter the outcome of the November presidential election.

“I know Joe Biden very well,” he said. “I know Kamala Harris well. Certainly by many standards in the Democratic Party these are the most pro-Israel people I could put out. So I’m not worried about the basic relationship.”

While Oren doesn’t believe U.S. aid to Israel would be affected by a Biden victory, he expects there will be policy differences when it comes to the Palestinians that have not been present under President Donald Trump. “But the main policy differences will be on Iran,” he predicted. “And we have to be prepared for that.”

And while he’s not ― currently — holding public office, Oren sees even his fiction as a form of service.

“Increasingly in the creative world today,” he posited, “the notion that you can be a writer who aspires to write fine literature and be an unabashed Zionist — it’s rather rare.”

And with this latest book of short stories, he’s trying to both entertain and impart a larger message.