In 1968, Danny Scher convinced the famed jazz pianist to play at his Palo Alto high school. 52 years later, an unearthed recording of the performance will be released 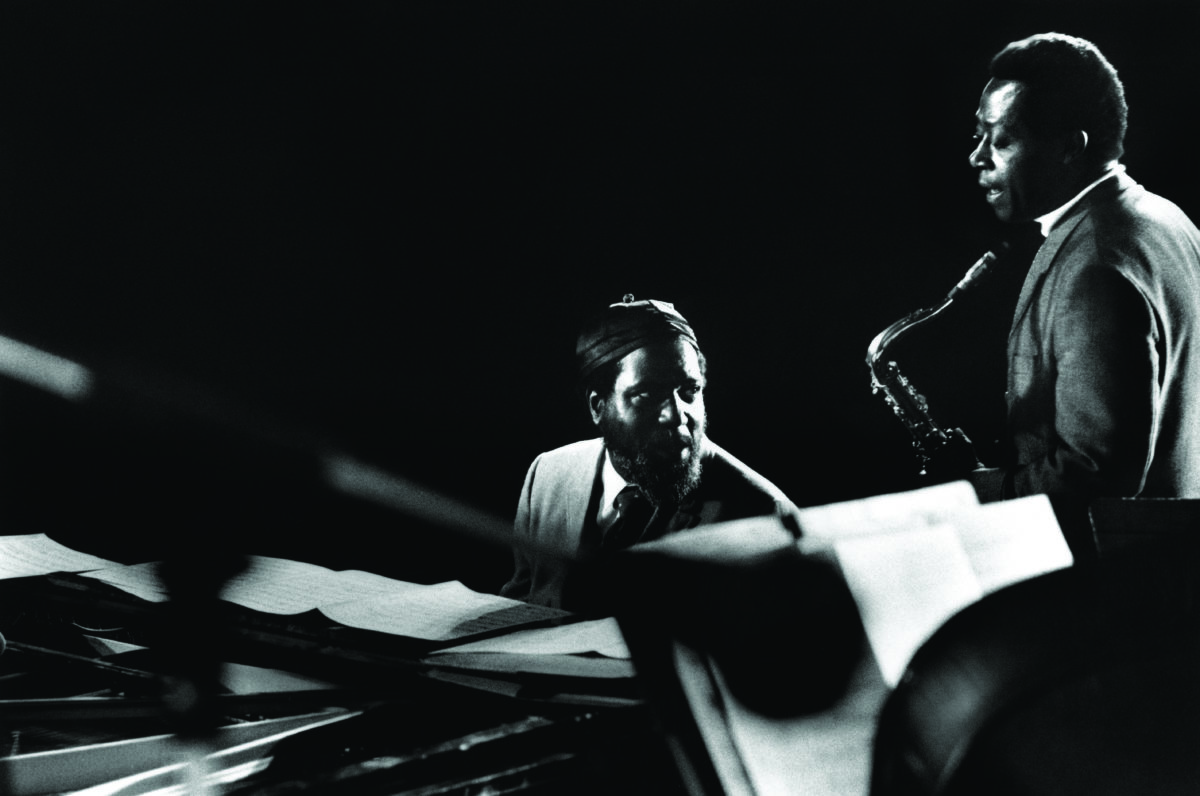 In his 24-year-long career working for the legendary impresario Bill Graham, retired concert producer Danny Scher helped promote such high-profile acts as The Rolling Stones, Bob Dylan and Metallica. But he seems to look back more fondly on a jazz show he arranged, all on his own, as an enterprising 16-year-old at Palo Alto High School more than 50 years ago.

In the fall of 1968, Scher convinced the renowned pianist Thelonious Monk to come to his school and play a set. The ostensible reason was to raise funds for the school’s International Club, which supported music programs abroad, but the real reason was that Monk was Scher’s idol. Still, he managed to stay composed when Monk arrived with his trio the day of the October 27 performance.

“They have a show to perform, and you have a show to produce,” Scher reasoned in an interview with Jewish Insider. “My goal was to get them there and to have them feel happy.”

He did his job well. The concert — recorded, fortuitously, by an enterprising custodian — is scheduled to be released by Impulse! Records on July 31 as a 47-minute album called Palo Alto. It joins a growing list of recently unearthed jazz albums of note, from the likes of John Coltrane, Stan Getz, Eric Dolphy and Wes Montgomery.

Why did it take nearly 52 years for Palo Alto to surface? No special reason, according to Scher, who is now 68. He held onto the recording for decades until the mid-aughts when, through a connection with another jazz musician, he reached out to Monk’s son, the drummer T.S., who controls his father’s estate.

Negotiations moved slowly, however, and it was only in 2017 — on Monk’s centennial — that they signed a contract and agreed to release the music.

The wait was, even if unintentionally, well-timed. The album’s unique backstory resonates with the mood of the country as protests against systemic racism have swept the nation. At the time of the 1968 concert, activists in the neighboring Black neighborhood of East Palo Alto were in the process of lobbying to rename the city Nairobi, according to the album’s liner notes, written by Monk scholar Robin D.G. Kelley.

Scher, who is Jewish, wasn’t worried about mounting racial tensions when he ventured into East Palo Alto to hang up flyers promoting the show. “The cops told him not to go to East Palo Alto, but he wouldn’t listen,” Kelley writes. “And when Black residents saw what he was doing, they were skeptical.”

Still, Scher recalled, a number of East Palo Alto residents attended the show. “My whole thing is, music unites us,” he said, while adding that his intention wasn’t necessarily to promote any sense of racial harmony. “When I did this show, it wasn’t to put Blacks and whites together,” Scher told JI. “It was, ‘Hey, you should come out and check out Thelonious Monk. If you’re not into Thelonious Monk, you should be.’”

The album includes a number of Monk standards, including “Ruby, My Dear,” “Well, You Needn’t” and “Epistrophy.” Tenor saxophonist Charlie Rouse, bassist Larry Gales and drummer Ben Riley filled out the group. Scher remembers paying Monk $500 for the show, no small sum at the time, he said, at least for a high school performance.

By the time he brought Monk to Palo Alto, Scher had been honing his promotional chops for a little while, having put on a concert featuring the pianist Vince Guaraldi and the vocalist Jon Hendricks. The year following the Monk show, after Scher had graduated, he persuaded Duke Ellington to perform with the California Youth Symphony at Foothill College in Los Altos Hills.

“I have the reel-to-reel and haven’t listened to it in over half a century,” said Scher, who played percussion in the orchestra. “Perhaps there could be some interest, somewhere, but right now I’m thinking about Monk.”

Scher never worked with Monk again. By the mid-1970s, the famously taciturn pianist had become increasingly isolated and stopped performing altogether. He died in 1982 at age 64. Though the concert Scher produced 14 years earlier was something of a one-off, listening back now, he believes that Monk was playing at the top of his game.

“I’m really pleasantly surprised and pleased with the energy of the concert — everything seems to me just to be a little faster,” Scher said. “In music, we call it ‘up.’ Everything was played a little up. I mentioned that to T.S., and he said, ‘Yeah, that’s how my father played when he was feeling good.’”