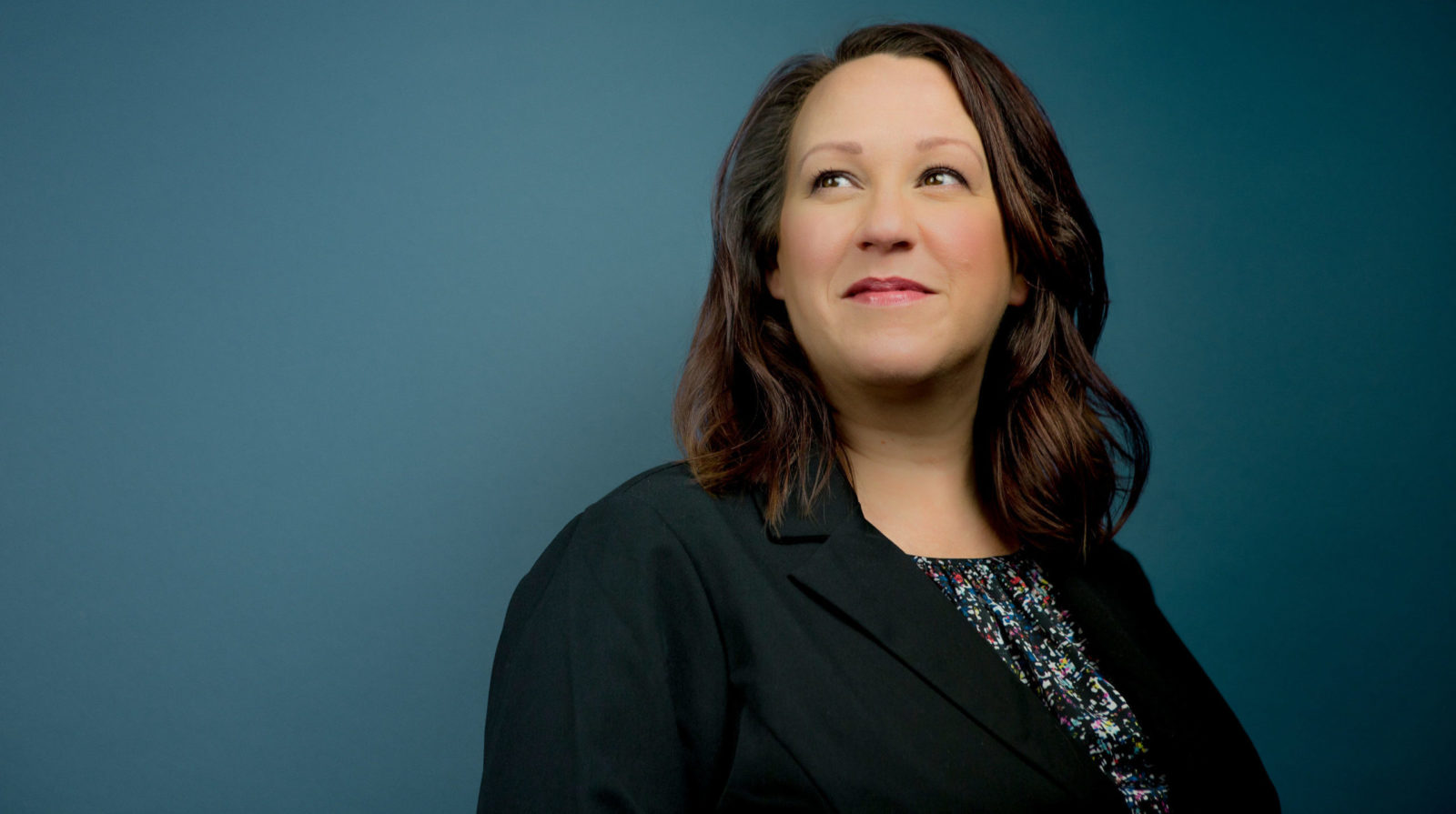 The race pits M.J. Hegar, who is white, against Royce West, an African American, amid a national reckoning over racism

In the Texas primary runoff scheduled for July 14, two Democrats — M.J. Hegar, a white, female veteran of the United States Air Force, and Royce West, an African-American state politician — are competing for the chance to go up against Sen. John Cornyn (R-TX), the powerful Republican incumbent who has held onto his seat for nearly two decades.

If that sort of matchup sounds familiar, it’s likely because it is reminiscent of Kentucky’s recent Democratic primary battle in which Amy McGrath, a white former Marine fighter pilot, narrowly defeated Charles Booker, a Black state representative who benefitted from a late-stage surge in popularity thanks in part to mass protests against systemic racism and police brutality in the wake of George Floyd’s death.

The same dynamic has altered the political landscape in Texas, as the demonstrations “have turned what would have otherwise been a pretty easy victory for Hegar into a competitive contest,” said Mark P. Jones, a professor in the department of political science at Rice University in Houston.

Still, heading into the runoff, West has struggled to harness the national mood to his benefit. The most recent polling on the race, released on Sunday and conducted by the Dallas Morning News and the University of Texas at Tyler, found that Hegar, at 32%, leads her opponent by a comfortable margin of 12 points among Democrats and Democrat-leaning independents.

Those numbers may reflect the fact that West, the longtime 67-year-old state senator, isn’t exactly an up-and-coming progressive, despite a legislative record that includes efforts to reform the criminal justice system. “Royce West is an institutionalist,” said Cal Jillson, a political scientist at the Dedman College of Humanities and Sciences at Southern Methodist University in Dallas. “He’s an insider and longtime member of the Texas Senate, so he is more of a moderate than a progressive among Black politicians and among Democrats.”

West seemed intent on maintaining that impression in a recent conversation with Jewish Insider. Though he supports the ongoing protests, advocating for a national standard around the use of deadly force, he also made sure to note that he has had positive interactions with the police. Shortly after he got his driver’s license, he said, an officer pulled him over for speeding and gave him a stern lesson on vehicular safety. “I never have forgotten it,” the longtime state senator recalled.

Asked to name a political role model, West mentioned Lyndon B. Johnson, the former Texas-born president and senator. He cited Robert Caro’s biography of LBJ, Master of the Senate, noting that he hadn’t read the whole book, which is more than 1,000 pages. “I’ve read a few pages of it, though.”

For her part, Hegar, 44, has sought to avoid any sort of conflict with West, even as the race has become increasingly acrimonious in recent weeks. Throughout her campaign, she has focused largely on Cornyn, with the implicit assumption being that she will be the one to face him in November.

Hegar is the candidate with the most out-of-state institutional support. She is backed by the Democratic Senatorial Campaign Committee as well as Emily’s List, Sen. Elizabeth Warren (D-MA) and J Street.

Hegar, a Purple Heart recipient who completed three tours of duty in Afghanistan, ran for Congress in Texas’s 31st congressional district two years ago, attracting national attention with a viral ad. Hegar lost by less than 3 percentage points to Rep. John Carter (R-TX), but she believes she will fare better this time around.

Though the pandemic has disrupted campaigning, Hegar — who has raised more than $6.6 million, according to the Federal Election Commission — maintains that she has “planted the seeds for a grassroots movement,” having spent the first year of her Senate bid driving tens of thousands of miles around the state.

“So much is falling by the wayside as far as not grabbing headlines that I think is very concerning,” she said, noting that the U.S. was losing its influence abroad. “We’re losing a lot of that position with this America-first kind of isolationist platform, with gutting our State Department,” she said. “Those kinds of things are really damaging our ability to operate globally.”

Hegar is also critical of Trump’s Middle East peace plan. “I’m going to advocate for policies that come from national security experts and advance the long-term goal of peace without sacrificing safety,” said Hegar, who supports a two-state solution to the Israeli-Palestinian conflict. “I don’t believe his plan does that. I don’t think anyone’s surprised because the way he develops his plans seem to be through nepotism and what’s best for his party or speaking to his base instead of what’s best for the country and what’s best for our allies.”

Hegar added that Trump’s decision to pull out of the Iran nuclear deal was a mistake. “It wasn’t perfect,” she said. “I do think it was a practical step in the right direction. The president acting unilaterally to abandon it and escalate confrontation with Iran — which he’s shown a willingness to continue to do — has really put troops and our allies at risk and has led us down a path toward what would be a very costly and destabilizing war.”

“I think that we should be partnering with the international community,” Hegar told JI. “I know some people like to shoot from the hip and be a cowboy. And I don’t believe that we should be losing any of our autonomy — I do believe we’re the leaders of the free world — but I think that that mantle is delicate and fragile, and we will lose it if we don’t act as such. And we are not acting that way now.”

West, who has brought in nearly $1.8 million in donations, was more comfortable discussing police reform than foreign policy in his interview with JI. He supports a two-state solution as it was “outlined in the Clinton Paramaters [sic],” according to a position paper, and expressed a desire to visit Israel if he is elected to the Senate. “Israel is our strongest Democratic ally in the Middle East, and so America should be supportive of Israel,” he said.

But he hesitated when asked for his opinion of the Boycott, Divestment and Sanctions movement, known as BDS. “Remind me of what the acronym stands for?” he asked. After he was reminded, he said he did not support the movement.

West also appeared to support rejoining the Iran nuclear deal, but seemed somewhat hazy on what that would involve. “The fact is, I don’t know all the details of the plan, but any type of plan that we have can always be reviewed to improve upon,” he said. “So I would not be opposed to reviewing it to see whether we can improve upon it.”

Fluency on foreign policy matters, however, is unlikely to swing the runoff in either direction. But because West has struggled to leverage the national mood in his favor, experts predict that Hegar will likely advance to the general election in the fall.

Whether she can beat Cornyn remains to be seen.

The senator will be tough to unseat, according to Brandon Rottinghaus, a professor of political science at the University of Houston. “He’s got pole position — more money, better name identification and a veteran Texas campaign operation — he can define [Hegar] early and she might not have the money to respond unless she can raise Beto money,” Rottinghaus told JI, referring to former presidential candidate Beto O’Rourke, who raised more than $80 million in his ultimately failed bid to oust Sen. Ted Cruz (R-TX).

Still, Hegar maintained that she is ready for the fight.

“The primary and the runoff feel a little bit like I’m in an aircraft flying to go pick up a wounded soldier or civilian,” Hegar told JI, “and we’re talking about the difference between having a disagreement with someone in the cockpit about tactics and how we’re going to roll in versus the guy on the ground pointing an RPG at me.”

Cornyn, she made clear, is the guy with the rocket launcher.