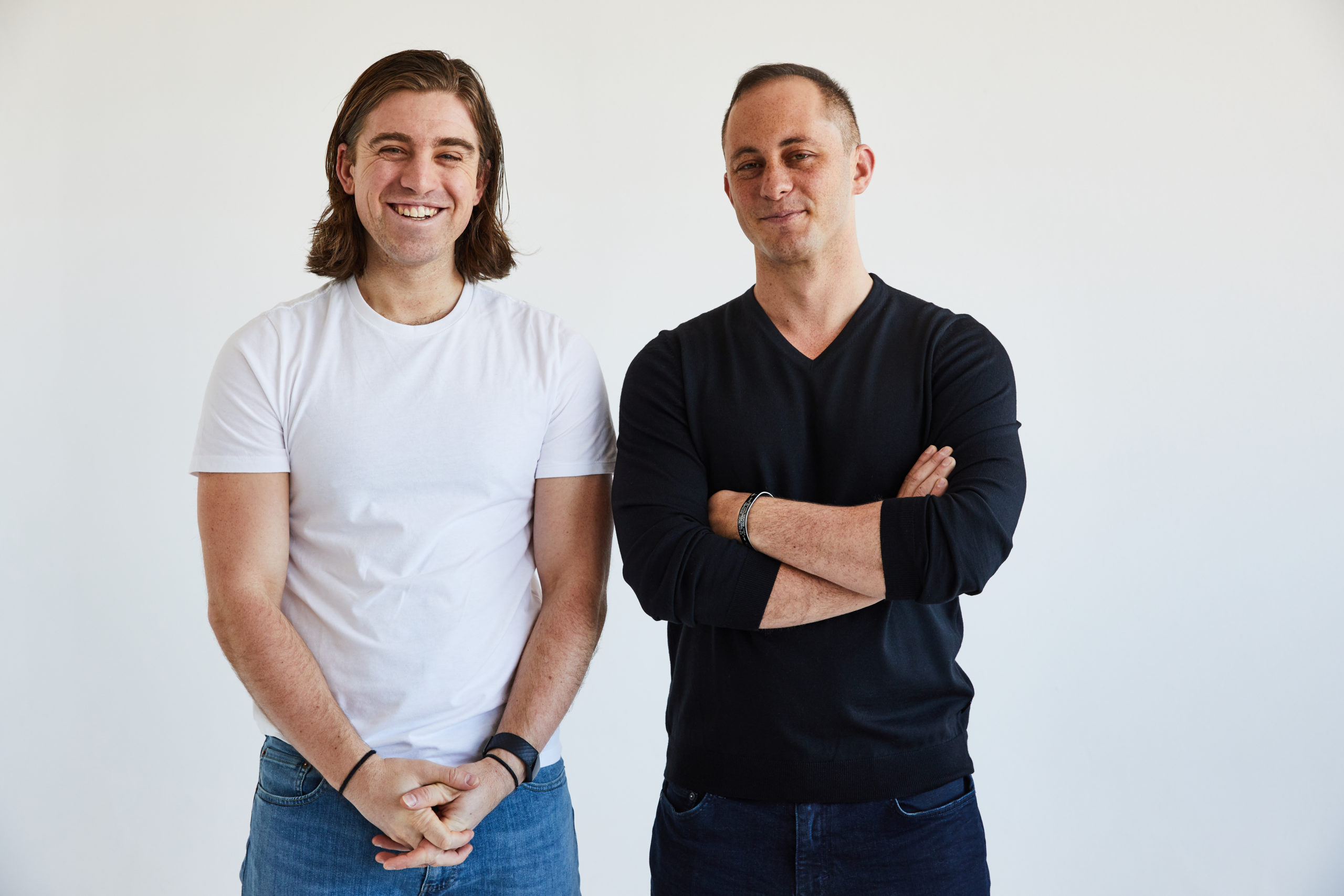 Exploring the soul of America, one mile at a time

Two young men, friends from law school with diametrically opposing political opinions, embark on a series of road trips through the United States, stopping in big cities and small towns, interacting with strangers and sharing the lessons they learned along the way.

The mental picture couldn’t be further from the reality of the present. For Christopher Haugh and Jordan Blashek, it’s hard to believe that it wasn’t long ago that they could hop in a car and set off on an adventure. And that’s what they did — first taking advantage of holiday breaks while studying at Yale Law School, then taking more extended trips by using vacation time and occasionally working remotely — ultimately visiting 44 states and logging nearly 20,000 miles over the last several years.

From those trips, which began after the 2016 election, came their debut book, Union: a Democrat, a Republican, and a Search for Common Ground, out today.

“In some ways, it’s become escapist fantasy, right?” Haugh said on a recent Zoom call from California, where he is waiting out the pandemic. (Blashek called in from his home in Manhattan.) “It’s like it becomes a beach read when you can’t be at the beach. You might as well travel the country with us.”

The book takes the two — Blashek, a Republican with five years in the Marines and tours in Afghanistan and the Middle East under his belt, and Haugh, a Democrat and former State Department speechwriter under Secretary of State John Kerry — from Phoenix, Ariz., where they attended a Trump rally, to the coast of Maine, where they shadowed lobstermen for a day, to Tulsa, Okla., where they grappled with the history of the infamous massacre that destroyed the city’s “Black Wall Street.”

Their interactions with individuals across the way — Pete, a truck driver who they join on a drive from Las Vegas to Mississippi; Caleb, a young man who is sworn into the Marines in the middle of a gun shop at night; Mimi, who runs a facility that assists women who’ve been released from prison — are sincere, and the people they meet challenge Haugh and Blashek’s previous, often preconceived, views on everything from institutional racism to the criminal justice system to the military.

As the two leave one city and drive onto their next destination, they talk out what they’ve experienced. Sometimes, conflict ensues. But ultimately, the mutual respect the two have for each other — and the shared experiences — allow them to dig below the surface and address serious issues.

It’s those conversations, they both point out, that are missing in the national discourse surrounding politics.

“To be able to have those deep long conversations, I think it requires a certain kind of space to do it. And I think one reason everybody’s fighting all the time is you get into these very quick, superficial arguments where it stays at the level of ‘I say something, you respond to it’ and just goes back and forth,” Blashek said. “And there’s never kind of the probing of, well, what’s underneath them? What’s the value that you think really matters? Or why do you feel that this is a priority to you? And those are the things that I think lead to real dialogues as opposed to just a tit-for-tat, like I give my argument, you give your argument, and we never actually come to a reconciliation of it.”

More often than not, each city was a learning experience for the two, who found — between bad weather and flat tires and uncomfortable lodging — that travels don’t always go as planned.

Blashek and Hough will be the first to say that nothing has gone according to plan this year. The book’s release had been scheduled for March. But as the coronavirus began to spread in major U.S. cities, the book’s launch was pushed to July.

For Haugh and Blashek, rolling with the punches and adapting to changes in plans are nothing new.

“A lot of the trips were just whims,” Blashek said. “And so the things we came across, some were intentional, like somebody really wanted to experience, but others were just like, ‘Let’s go out and see what we find.’”

And often what they found was not what they expected. What they learned was that nobody they met fit into defined stereotypes. Recalling their time with Pete, the long-haul truck driver, Blashek and Haugh marveled at his grasp of politics and interest in current events.

“It’s flabbergasting,” Haugh told JI, “but the first thing he said about politics was he wished Trump would talk more about climate change, as he, like, shifts into fifth gear.”

Between the original release date and the actual date the book hits stores, the nation grappled with racial tensions that had bubbled to the surface following the death of George Floyd, resulting in widespread protests. The ensuing public debate over racial inequality reflected conversations the two men had been having for years, Blashek explained.

“We had identified in the book that wrestling with our history is one of the hardest things and that that’s a big deal for us right now. Because it’s hard to know who we are and where we’re going if we have such different views on our history, and so it makes sense that this would be sort of the big debate of the moment,” he said. “I think we also feel that you can’t have a shared sense of who you are if you can’t talk about history honestly. And so a lot of what we see going on right now is this effort to try to be very brutally honest about America’s legacy of slavery and how it impacts who we are today.”

Blashek and Haugh were cognizant of the privilege afforded to them as young, white men traveling the country, and tried to make adjustments along the way.

“After the first couple of road trips, we were looking back and realizing that we almost exclusively met men on the road,” Blashek said. “And it does reflect the fact that the road can be a somewhat dangerous place. It made sense that we would only see guys because they’re the ones more likely to welcome us in as two strangers on the road. And so yeah, it would have been very different if we were women or not white.”

Blashek was hopeful that recent national conversations — and the societal changes that will follow — “will allow what we did to not be such a privileged space and that others will be able to join in. We’ve talked about ways of trying to make that easier for other people. And maybe this is sort of the moment to make that a reality… It’s absolutely changed and sharpened how we think about all of these issues.”

Haugh, a Bay Area native, compared the current political environment to an earthquake. “What you learn is that after an earthquake, especially out here, you’ve got to go around and the pictures are out of whack. And you know, sometimes much worse things have gone on, like foundations have been cracked, and you have to do a lot of work to repair,” he said. “It feels like we’ve been through some of this, and it feels like our institutions are a little unsettled, and in some cases very unsettled.”

If one begins reading Union feeling unsettled, they very well may feel otherwise by the book’s conclusion. The ultimate goal of the pair’s trips was to search for common ground in an increasingly polarized country. The two ended up finding more than common ground: They found hope.

“It will pass eventually. This too will pass,” Haugh said. “And so I think we’re still hoping that our message is going to be able to resonate now and in six months and then a year or you know, 2052 or whenever the heck we get out of this thing. There will still be an opportunity to get out there and drive and get out there and go.”