Rice will be 'a friend of Israel in the Biden sense' if picked as running mate, the former ADL head suggested 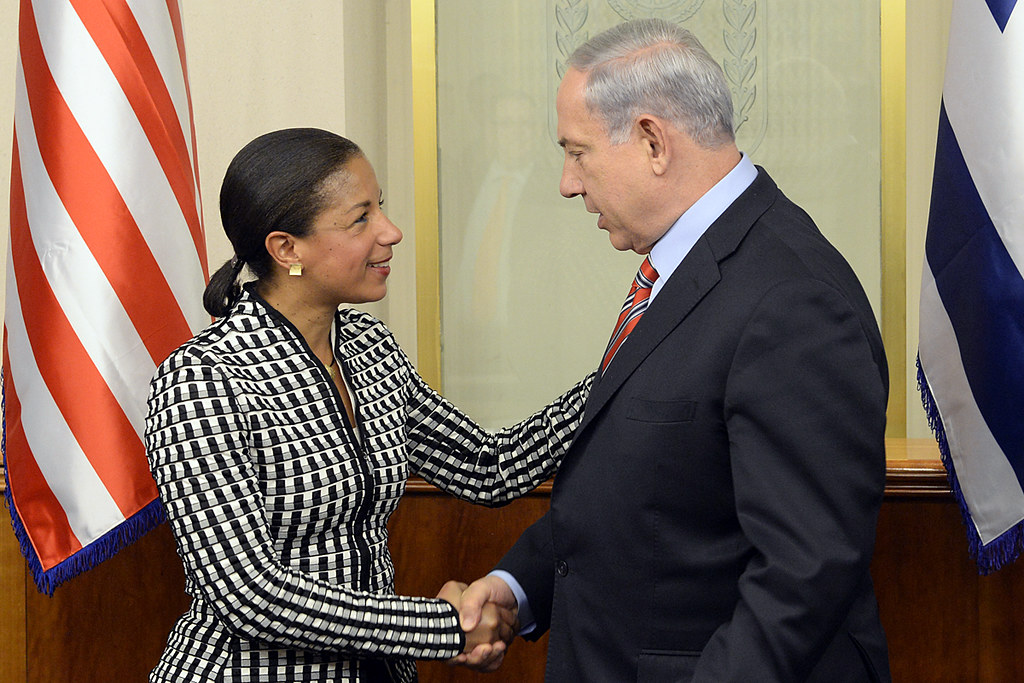 Susan Rice, the former U.S. ambassador to the U.N. and national security advisor under President Barack Obama, has reportedly emerged as a leading contender to become former Vice President Joe Biden’s running mate. Rice is among six serious candidates who advanced to the second round of vetting for potential vice presidential nominees, The Associated Press reported on Friday.

Former national director of the Anti-Defamation League Abe Foxman, who developed a close relationship with Rice before his retirement in 2015, spoke about the former diplomat’s qualifications in an interview with Jewish Insider on Sunday. Foxman suggested that Rice would “do well” with key voters if she’s on the ticket. “She’s experienced, she’s smart, she’s tough and knows how to play,” Foxman said.

Foxman described his relationship with Rice as friendly and honest despite disagreements on several policy matters. “We had differences, but she was always there and listened,” he said, citing the rocky relationship between Obama and Israeli Prime Minister Benjamin Netanyahu. “She served Obama — so she was true to his worldview, but I found her to be fair. She understood Jewish history, and she was a friend of Israel.”

In remarks at Foxman’s farewell dinner in 2015, Rice told the audience: “The thing I most value about Abe is his candor and integrity. He holds everyone to the same high standards, and I can always count on him to tell it to me straight, even when he knows I won’t necessarily like what he has to say.”

The former ADL head came to Rice’s defense when Rabbi Shmuley Boteach ran an ad in The New York Times claiming that Rice was complicit to genocide. “She was hurt, I’m telling you, to tears,” Foxman told JI, noting that Rice “appreciated” the response from the organized Jewish community, which led to Boteach apologizing for his comments. “I’ve felt personally what it means to know that Abe Foxman has your back,” Rice recalled of the incident at the ADL dinner.

Foxman suggested that if picked as running mate, Rice would be a friend of Israel and of the Jewish community in the mold of a Biden presidency. “Jews who didn’t like Obama won’t like her, but Jews who don’t like Obama can still like Biden,” he concluded.