Inside the ‘virtual’ room of the Biden fundraiser with Jewish Dems 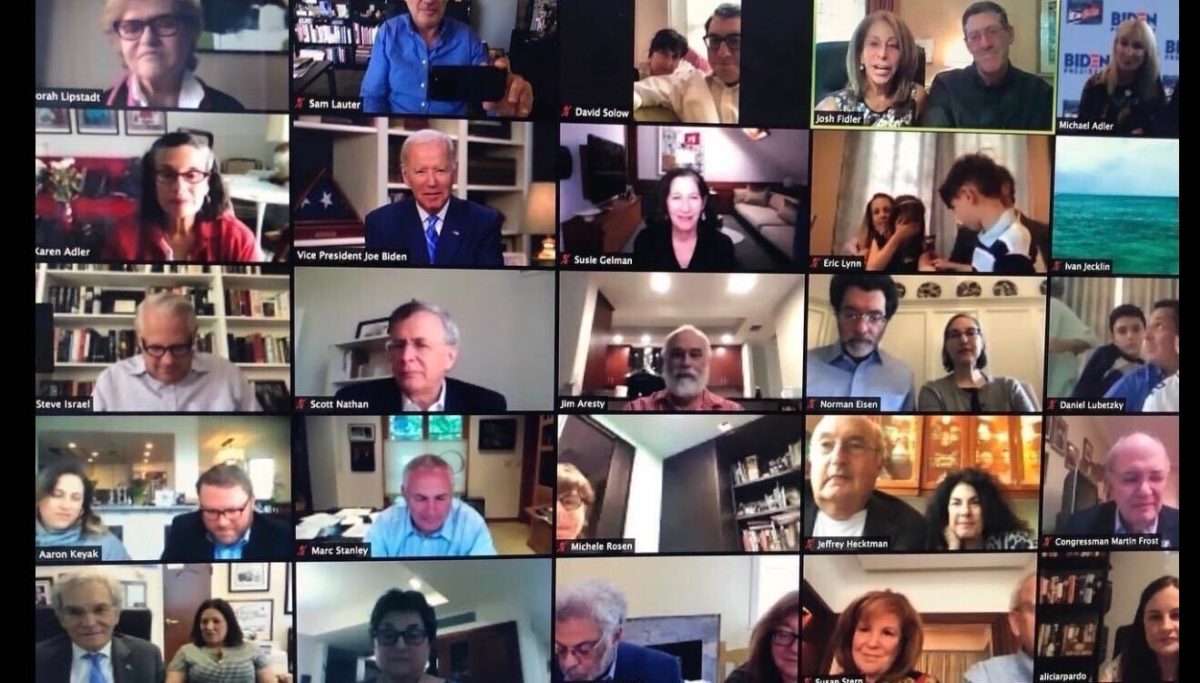 Approximately 560 attendees, based on screenshots provided to Jewish Insider, participated in Tuesday’s fundraiser with Jewish Democrats on Zoom with former Vice President Joe Biden. An additional two dozen individuals co-hosted the event and appeared as panelists on screen. The first part of the discussion, which focused on antisemitism, was moderated by Holocaust historian Deborah Lipstadt.

Of note: During the Q&A portion of the Zoom fundraiser, Biden indicated to Shapiro that he would offer him a diplomatic role in his administration. “If I do [get elected], you’re in trouble because I am coming for you,” the former vice president told Shapiro.