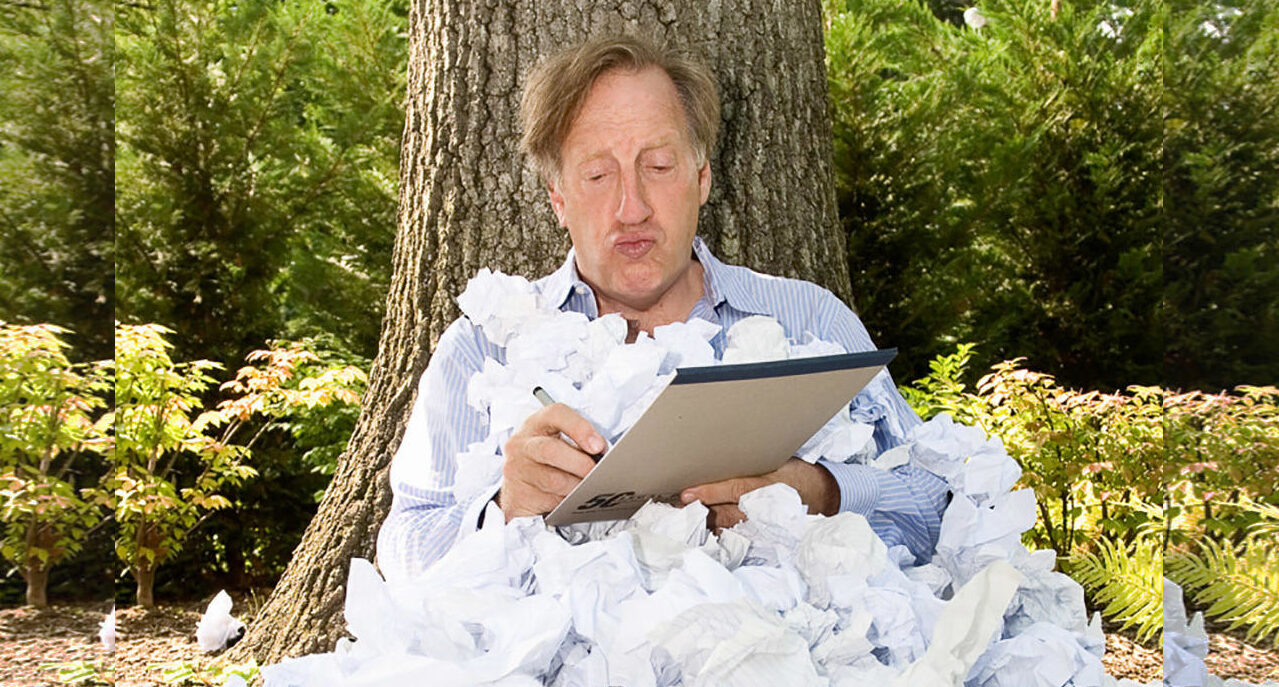 The man behind the punchline

You might not know it, but Alan Zweibel has made you laugh. The legendary comedy writer has penned punchlines for the most famous names in the business, including Steve Martin, Billy Crystal, Martin Short, Jon Lovitz and many more. He was one of the original writers on “Saturday Night Live,” and has worked on dozens of films and TV series since. And he might be the only man on earth who has been flashed by both Milton Berle and Farrah Fawcett.

The self-described “slightly overweight Jewish gag writer from Long Island” looks back on his storied and extensive career in his latest book, Laugh Lines: My Life Helping Funny People Be Funnier. But make no mistake — he may have written his memoir, but he’s far from done working.

“I’m still very active, so I really resisted writing this for a while,” Zweibel, 69, told Jewish Insider in a recent phone interview from his home in New Jersey. But a few years ago, he slowly started writing down stories and anecdotes from throughout his career, which resurfaced other long-forgotten memories. “A singular memory, all of a sudden expands,” he said, “and has little tributaries of its own. That’s part of the fun of [writing a memoir], jogging your memory.”

Today — in self-quarantine with his wife — “I still do wake up at 5:30 everyday to do my writing — and occasionally venture outside wearing a mask and gloves and wait on line to get into Whole Foods,” Zweibel said. He held a Passover Seder with his children and grandchildren via Zoom, and “the good news is we didn’t have to prepare for 30 people!”

He recently wrapped shooting on “Here Today,” a film he co-wrote and co-produced with his longtime friend Billy Crystal, starring Crystal and Tiffany Haddish. The movie is based on a short story Zweibel wrote years ago, about an unlikely friendship between a veteran comedy writer and a young singer who meet through a charity auction. “As far as releasing it is concerned, that’s on hold,” Zweibel said. “But we were fortunate to finish shooting in November — before all this pandemic stuff happened.”

Zweibel may still be working hard, but he has 50 years of experience in the comedy world to draw on for this latest book. Laugh Lines is chock-full of hilarious anecdotes and tales from both his work and his personal relationships with some of the biggest names in showbiz. Within the first five pages, Zweibel name drops Whoopi Goldberg, Steven Spielberg, both Eli and Peyton Manning, Prince, Paul Simon, Paul McCartney, Martin Scorsese, Tina Fey, Jerry Seinfeld and the Reverend Al Sharpton. And that’s long before he describes the evening he once spent with Crystal (who wrote a foreword to the book), Mel Brooks, Carl Reiner, Sid Caesar, Tom Hanks, Rita Wilson, Larry David and Jon Lovitz.

Laugh Lines follows the arc of Zweibel’s career, from his origins writing one-liners for Borscht Belt performers in the 1970s, to his stint as an original writer for “Saturday Night Live,” his time as the showrunner and co-creator of “It’s Garry Shandling’s Show,” and the many other films and TV shows he has worked on since.

By the time Zweibel — who grew up in a Conservative Jewish household in Long Island — started writing jokes for performers in the Catskills, the Borscht Belt dominance was already evidently in decline.

“As a little boy I used to sneak into — even when I was under age — into the nightclubs at night and see these comedians,” Zweibel recalled. “Fast forward 10 or 12 years, and what was 50 hotels was now 12… by and large, the people who were going to be big stars — as had been in the 50s and 60s — they’d already moved on.” The remaining hotels “hung on for dear life” through the 1970s, but “when I compared it to what it was when it was vibrant, it was sad.”

He writes at length about his close personal and professional relationship with the late Gilda Radner, who he met on his first day at “Saturday Night Live” in 1975. The book he wrote after her death about their relationship — Bunny, Bunny: Gilda Radner: A Sort of Love Story — is currently being adapted for Broadway, Zweibel told JI.

“It was a book and then it was an off-Broadway play and now there are producers who want to bring it to Broadway,” Zweibel said. He is in the midst of rewriting the script, but everything is currently on hold in the theater world. He is also working on a potential TV project with Rob Reiner, and writing a play with Martin Short, utilizing his time in self-isolation to be productive: “This is a time to create, and this is a time to develop.”

Throughout Laugh Lines, Zweibel recalls some of the hilarious and off-color jokes that both did and did not make the final cut. He cites a joke written by fellow SNL writer Rosie Shuster as “one of the funniest ideas that never made it on the air.” The joke? It was a list of the worst Hanukkah gifts ever, with No. 1 being “the Hanukkah that Anne Frank was given a set of drums.” The comedian told JI that when it comes to offensive jokes, comedy writers always skirt a fine line.

“You have a sixth sense of what’s locker room talk and what’s something you’ll put out there for public consumption,” he said. “I think that each person who does what I do, has an innate sense of — ‘Okay, this is really off color. This is really going to be harmful.’” Sometimes, he admits, “you make a mistake. Sometimes you really didn’t mean anything other than to be clever and funny and… sometimes you need somebody to say: ‘No.’”

Laugh Lines is Zweibel’s 12th published book; his two most recent works are A Field Guide to the Jewish People and the comedic Haggadah For This We Left Egypt?, both of which he co-wrote with Dave Barry (who isn’t Jewish) and Adam Mansbach. And his memoir is peppered with collaborations with many other Jewish comedians, from Crystal to David, Radner, Reiner and Shandling.

What does he think makes Jews such a dominant force in comedy?

“That question always gets asked but that question is never answered definitively,” Zweibel said. “I just think it’s a cultural thing. I think that we Jews — it was a survival mechanism to have a sense of humor.” The comedian posited that humor “is a huge mechanism and huge attribute for survival. I think that that’s how we were able to withstand everything.”