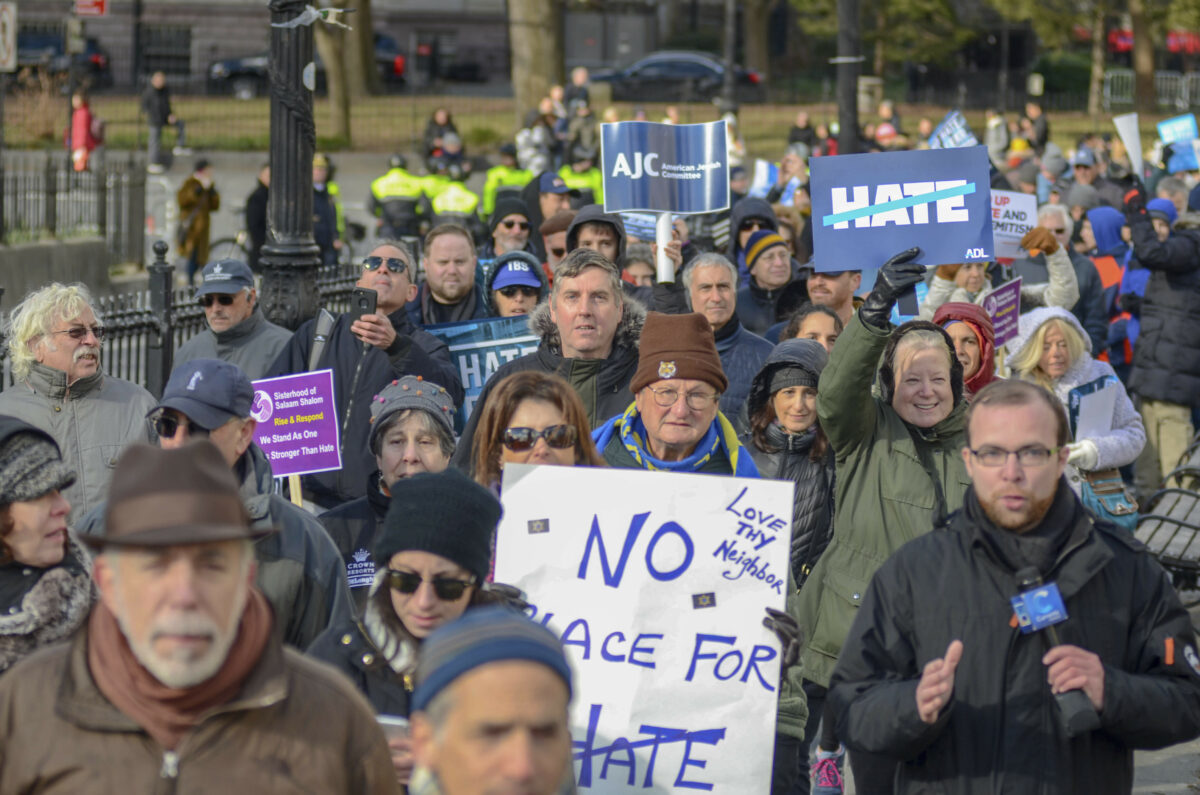 A group of New York state legislators are pushing legislation that would tweak the bail reform law that has been subject to fierce criticism in the wake of the recent wave of antisemitic violence across the state. The new law — enacted earlier this month — eliminates cash bail for those accused of committing misdemeanors and felonies, including non-violent hate crimes.

Details: The legislation introduced by State Senator Andrew Gounardes (D-Brooklyn) and Assemblymember Simcha Eichenstein (D-Brooklyn) would classify hate crimes as a “qualifying offense,” which would give judges discretion on bail. The amendment was proposed last year, but didn’t make it into the bill since it was added to the budget package deal in in April 2019. Governor Andrew Cuomo has already expressed support for the amendment, and a handful of members have signed on as co-sponsors.

Now is the time: Gounardes tells Jewish Insider’s Jacob Kornbluh that the increase in hate crime incidents and the focus on tackling antisemitism has given the proposal new momentum, either as a stand-alone bill or as a compromise to alternative reform measures. “Hate crimes are a special category, cases where the effect is felt beyond just a single victim and a single individual,” he explained. “So I think this is a moment and time that we have, given the unfortunate circumstances that we are dealing with, to really make that case in a compelling way.”

Eyes on the bail: Eichenstein tells JI that hate crime perpetrators “belong in a separate category,” since once they slip out of the hands of justice they regain “the ability to strike again.” That “leaves communities prone to further attack,” Eichenstein explained.

Timetable: Gounardes pledged to “do whatever it takes” to push through the compromise in the coming weeks “however we can do it.” He also stressed that state lawmakers “will not succumb to fear mongering or engage in conversations that are divorced from reality” on either side of the debate. “Whether it’s a stand-alone bill or the budget, however we get it done, the important thing is that we get it done.”

Stepping up: Gounardes told JI that he was motivated to act after a guy walked up to him during an event at the Sephardic Community Center in Midwood two weeks ago, and told him that he’s afraid to walk to synagogue with his children. “I took that feedback and decided to do this,” Gounardes said. “This is definitely an effort to be responsive to the community’s very real concerns, as well as do it as a common-sense fix.”

Latest incident: Police are searching for a man who used fliers posted by the MTA to fashion a swastika in a busy subway station in Manhattan on New Year’s Eve.

Teaching tolerance: New York City Mayor Bill de Blasio announced on Wednesday an expanded partnership between the city’s Department of Education and the Museum of Jewish Heritage – A Living Memorial to the Holocaust that would arrange free field trips to the museum for all students in the 8th and 10th grades in the neighborhoods of Williamsburg, Crown Heights and Borough Park.

Additionally, all public school students ages 12 and up will be able to receive free tickets to the museum’s exhibition of the Holocaust with up to three family members. “To ensure a safer and more welcoming future, we must teach our children about the destructive force of hate,” de Blasio said.