Israel steps back from pushing immediate annexation under Trump plan 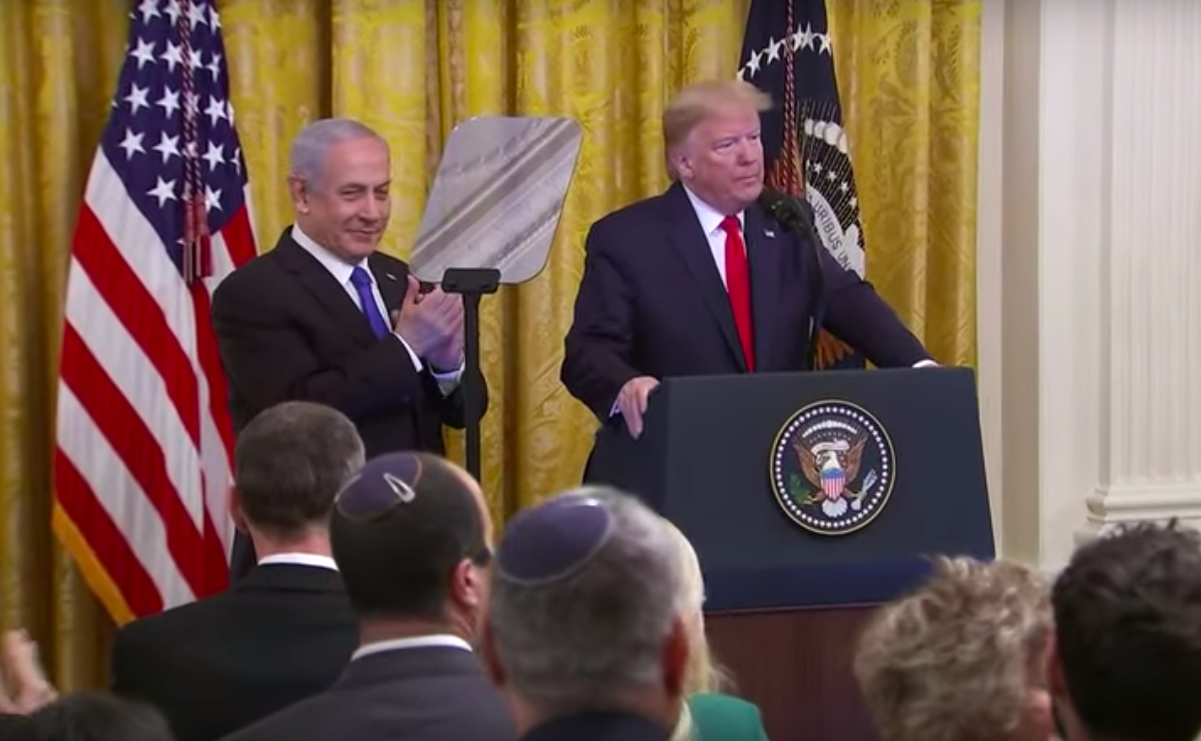 President Donald Trump’s Mideast peace plan continued to make waves on Wednesday as Israeli and U.S. officials moved away from initial declarations about annexing all settlements in the West Bank.

Let’s talk: After indicating that the U.S. would back Israel’s decision on annexation, U.S. Ambassador to Israel David Friedman told reporters on a press call Wednesday morning that a joint U.S.-Israel committee has to first discuss the matter “to get to the right spot.”

Red light: Channel 13’s Barak Ravid reported that the White House was “very unhappy” with Prime Minister Benjamin Netanyahu’s announcement that he would bring annexation to a vote in the cabinet on Sunday. In an interview with Ian Bremmer for GZERO, Jared Kushner said that while the administration supports annexation, it wants Israel to wait until after the election to move ahead with any plans.

Leak: In talking points leaked to Politico, the State Department works to sell the significance of the Trump plan: “For the first time, the State of Israel has agreed to recognize a future State of Palestine, based on a map. This is unprecedented. Not even during the negotiation of the Oslo Accords was Israel prepared to recognize a Palestinian state. This vision preserves the hope and possibility of the two parties reaching a two-state solution.” Regarding annexation, the administration clarifies that the U.S. would only support annexing areas that would be “part of Israel in a two-state solution.”

Race to first place: Blue and White leader Benny Gantz, seeking to outmaneuver Netanyahu, announced that he will bring “the entirety” of the plan to a Knesset vote next week. Asked by reporters en route to Moscow whether he stands by his promise to push for immediate annexations, Netanyahu said only, “It’ll be alright.”

Why it matters: Snap polls published on all major Israeli networks show the Likud inching slightly closer to Blue and White, despite Netanyahu’s indictment. Dan Arbell, a 25-year veteran of the Israeli Foreign Service and a nonresident senior fellow at the Brookings Institution, tells Jewish Insider that the timing of the rollout and the details in the plan make this “a deal between the U.S. and Israel.” According to Arbell, “it is clear that Netanyahu will make this the number one issue of his campaign, attempting to embarrass Gantz” — and since the plan is mostly aligned with the Israeli right’s positions, it “caters to Netanyahu’s immediate political needs in boosting his standing in Israeli public opinion.”

Only Trump: In an op-ed published on CNN, Kushner stressed that “history will note this breakthrough” of Israel’s major political leaders recognizing a Palestinian state “was only possible because of the president’s uncompromising support for Israel and its security.”

Kushner’s message to the Palestinians: “President Trump will be proud to stand with Palestinian President Mahmoud Abbas when we fly the American flag over the U.S. Embassy to the state of Palestine for the first time.” But in the GZERO interview, Kushner said the Palestinians have “played the victim card,” and “now its like they want their rights, they want a state, it’s all on the table” and they have to “put up or shut up.”