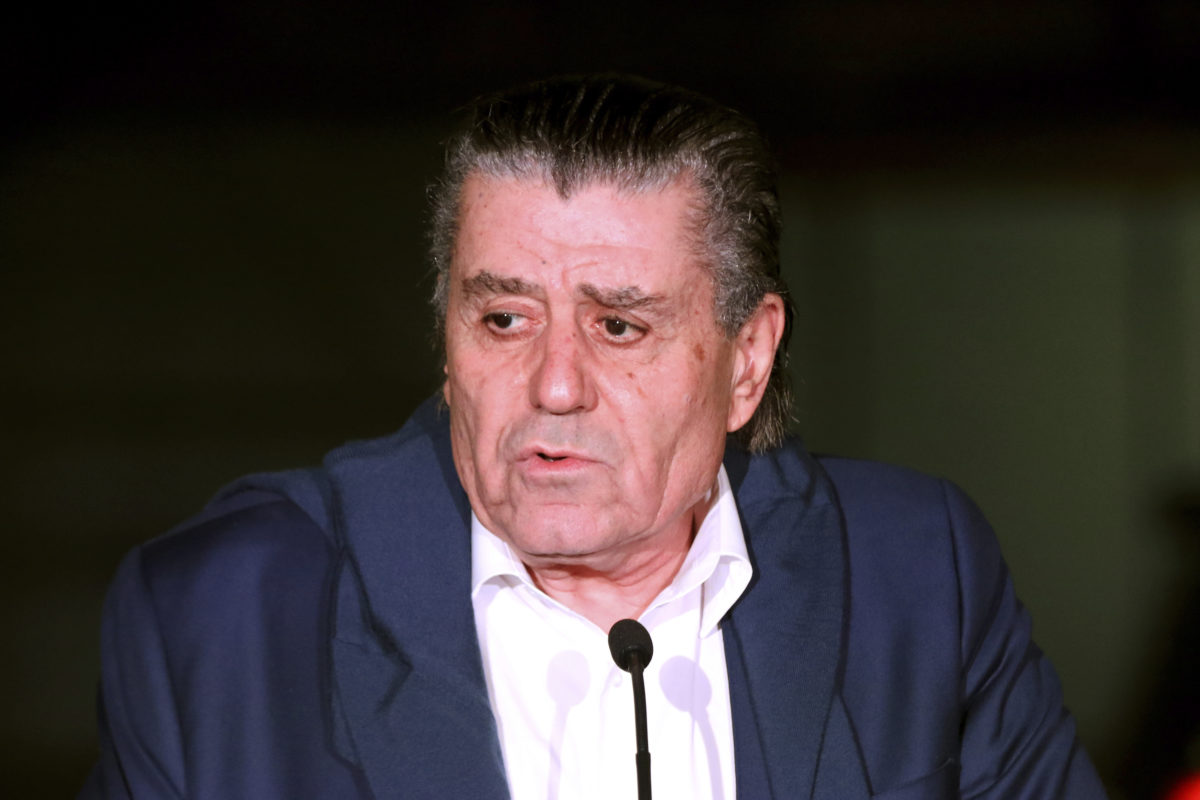 Haim Saban speaks at the Academy Museum of Motion Pictures' Unveiling of the Saban Building event at the Petersen Automotive Museum on Tuesday, Dec. 4, 2018, in Los Angeles.

Israeli-American mogul Haim Saban, a major donor to the Democratic Party, tells Jewish Insider that he supports the Mideast peace plan released by the White House on Tuesday.

Saban tells JI: “This plan offers a blueprint to promote a continued push towards a two-state solution in which Israel remains a Jewish and democratic state living in peace, prosperity, and, most importantly, in security alongside its neighbors.”

Details: In the East Room Tuesday afternoon, Trump, speaking at an event with Israeli Prime Minister Benjamin Netanyahu, outlined his vision to end the Israeli-Palestinian conflict under a framework that would grant the Palestinians an independent state and allow Israel to apply sovereignty to settlements in the West Bank. A senior administration official described the plan as a “realistic two-state solution” during a call with reporters.

Opportunity: Saban, who has maintained close ties with Jared Kushner, added that “as a lifelong and continuing Democrat who does not often see eye-to-eye with President Trump,” he gives the president, Kushner and the administration “credit for developing a framework that is out-of-the-box and lays out a basis for negotiations.”

On board: Netanyahu pledged to adopt the Trump plan as a basis for possible negotiations with the Palestinians. “If they’re genuinely prepared to make peace with the Jewish state and if they agree to abide by all the conditions you have put forward in your plan, Israel will be there,” the prime minister promised.