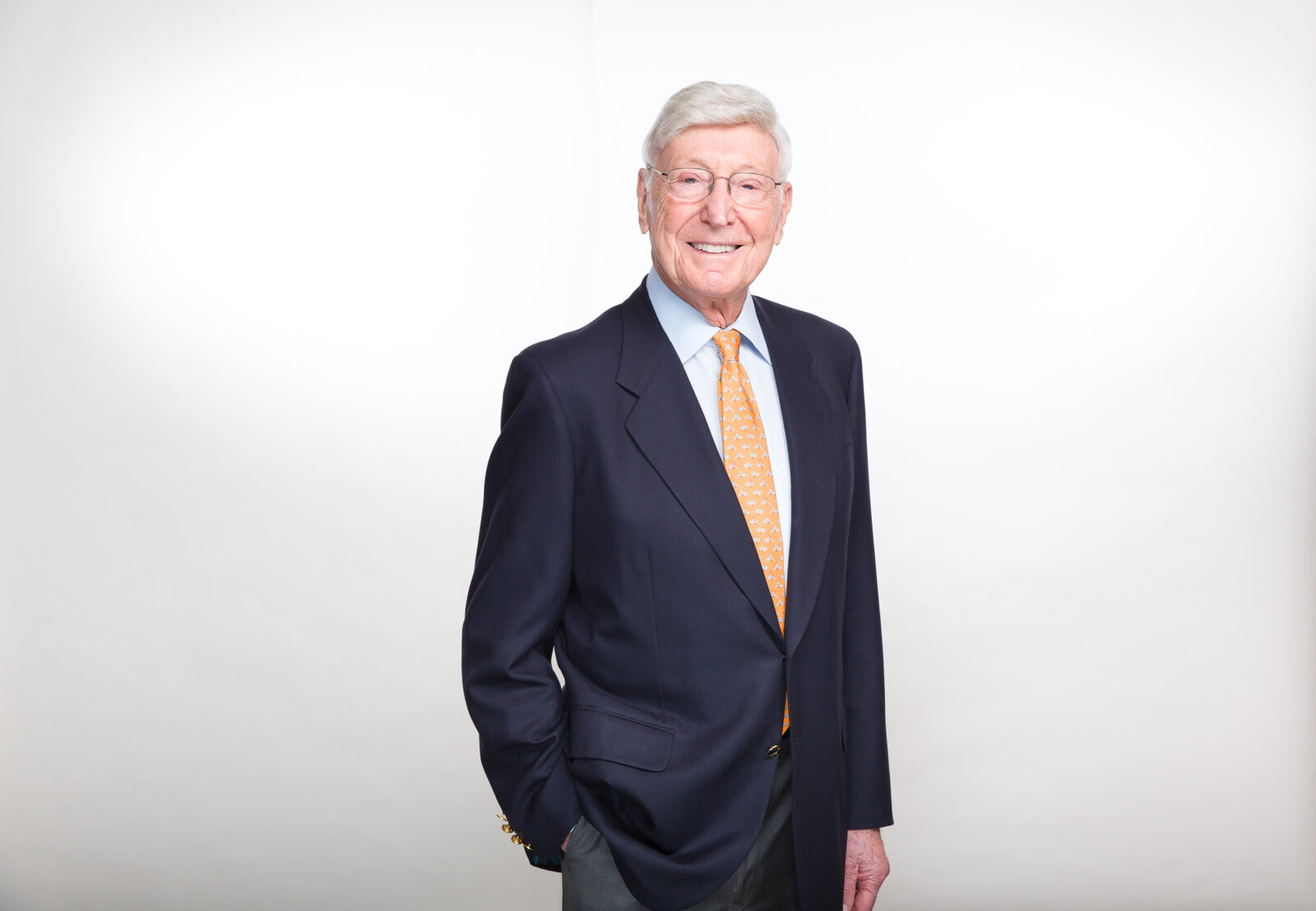 The philanthropist and businessman has supported hundreds of Jewish, medical and community causes

Home Depot co-founder Bernard “Bernie” Marcus is well-known in philanthropic, political and business circles. His foundation, established 30 years ago, supports hundreds of Jewish, medical and other organizations around the world. But unlike other major philanthropists who want their charitable work to continue long after they’re gone, Marcus is requiring that his foundation sunset within two decades of his passing. The 90-year-old Marcus is worth $6.1 billion, according to Forbes.

Why would a major philanthropist sunset his foundation? Marcus doesn’t want the assets of his foundation to go the way of the Ford Foundation, he told Jewish Insider over the course of two phone interviews, explaining that he doesn’t want money he earned to go to causes he personally would not support, or to be spent by people who did not personally know him. Upon his passing, 80 to 90 percent of his remaining assets will go to The Marcus Foundation.

Marcus was raised in a tenement in Newark, N.J., the son of Russian immigrants, who he, told JI, were “very poor.” His father waited years to get a visa to come to the U.S. “My parents were legal immigrants,” Marcus said. “My father waited eight years [for his visa]. He wanted to be here because it was free.”

Growing up, Marcus ran in the same social circles as author Philip Roth and comedian Jerry Lewis. Marcus and his wife, Billi, have three adult children between them, two of whom sit on the foundation’s board of directors. In addition, each of his children has his or her own foundation, said Marcus.

Marcus was an early signer of the Giving Pledge, started in 2010 by Bill and Melinda Gates and Warren Buffett, in which billionaires commit to giving away at least half their fortunes during their lifetime. In his letter signing on to the initiative, Marcus wrote, “It has always been my belief that leaving enormous wealth for our children does nothing to stimulate their ability to make it on their own.”

A big donor in national politics, Marcus is one of the country’s top financial supporters of the Republican party and President Donald Trump. In 2016, he gave then-candidate Trump $7 million, and is one of this cycle’s biggest spenders.

While Marcus declined to say how much he’s given Trump’s re-election campaign, Federal Election Commission filings show that through the third quarter of 2019 he has given more than $4 million to the Republican National Committee, PACS and individual congressional candidates, but doesn’t yet show any donations directly to the Trump re-election campaign. “I’ll do as much as I can for Trump in 2020,” he told Jewish Insider. “I think he’s good for America. More people in America are living better because of this president and that’s reason enough.“

Trump “is my favorite president,” Marcus said, adding that he and the president speak occasionally but aren’t close. “If I was Israeli I would like him because he’s been the most supportive president,” he added, citing Trump’s moving the U.S. embassy to Jerusalem and approval of Israel’s annexing the Golan Heights.

Although he says he disagreed with the House’s impeachment efforts, Marcus acknowledges, “not everything Trump does is right. I’m not a die-hard supporter. I don’t agree with what he did with Syria, for instance. What he did in Ukraine, he used bad judgement.” .

On immigration, Marcus endorses the president’s approach. “Some of the attitudes of people coming now, this is a different kind of immigrant than we want in this country,” he explained. “We have to control our borders. If you don’t control your borders you don’t have a country.”

The Marcus Foundation tries to stay under the radar and doesn’t have a website. Not even a logo, noted Kaiman.

According to publicly available tax records, at the end of 2017 The Marcus Foundation’s assets totaled $98.6 million and had distributed $159 million. According to the 2018 tax filing, which is not yet public and was provided by Kaiman, last year Marcus contributed $175 million to the foundation, which distributed $138 million in grants. Figures for this year have not yet been calculated, said foundation staff. Grant-making in 2018 included many millions of dollars to medical research at Duke, Emory and Johns Hopkins universities.

Roughly 30 percent of the foundation’s spending is devoted to Jewish causes, said Kaiman. The Jewish portfolio currently includes 114 grantees, ranging from the Israel Democracy Institute, which bills itself as a non-partisan “think-and-do tank” in Jerusalem, to the right-wing Zionist Organization of America.

“It’s important to make a distinction between Bernie’s politics and his philanthropy,” said Yoni Kaiser-Blueth, program director of The Marcus Foundation’s Jewish portfolio. “The politics doesn’t bleed into the philanthropy much.”

IDI works to foster democracy and pluralism, as well as Israeli de-regulation and electoral reform in Israel. With a third Knesset election looming, the latter is much on Marcus’s mind.

“We see the mess they’re in with this election,” the philanthropist told JI. “[IDI] put forward a proposal to the Knesset that when they have [a future] election whoever gets the most votes is prime minister,” in order to “take away the bargaining and the blackmail.”

Unlike some of his fellow big funders, and with some exceptions, Marcus generally doesn’t have his name highlighted on buildings. “Most of Bernie’s giving is not about buildings, it’s about content, which is different than a lot of philanthropists,” Kaiman told JI.

But Marcus was excited to share that he is the lead donor to Magen David Adom to build its new blood services center in central Israel – three stories underground. Israel’s current central blood bank is vulnerable to chemical and conventional attack. “In the last Intifada the area was under bombardment,” Marcus said. “They supply 98 percent of the blood for all of Israel, to the IDF and all the hospitals.” Slated to open in 2020, the new edifice will bear the Marcus name, said the philanthropist, “and a bomb won’t be able to hurt it.”

In domestic Jewish giving, The Marcus Foundation is giving Hillel International $38 million over five years for Hillel Talent Grants, said Kaiser-Blueth. It provides funding for professional development so that staffers at campus Hillels can move up the professional ladder, and provides support for innovative campus programming.

In 2018 there was $1 million in funding to P.J. Library for scholarships to Jewish camps in the southeast, money to multiple area Chabad centers and an Orthodox yeshiva, along with $1 million to Repair the World. There is also significant funding to the Israel on Campus Coalition and StandWithUs.

It’s all motivated by his identity, said Marcus. “I identify as a Jew, I’m proud of the fact that I’m a Jew, and I am concerned about Jewry in the U.S. today, as we see anti-Semitism lift its ugly head the way it’s resurrected on college campuses,” Marcus said.

One of The Marcus Foundation’s newest grants is to Foundation for Jewish Camp, to which it gave just over $4 million to underwrite the hiring of mental health professionals and training for camp staff to support the mental, emotional and social health of campers and counselors, said Kaiser-Blueth. Each year, a new cohort of 30 camps will be selected for the multi-year program. There were 90 applicants for the first cohort, “which demonstrates the incredible need out there,” Kaiser-Blueth said.

As for Marcus’ directive to close down his foundation within 20 years of his death, “he earned that money, so he cares where it goes,” said Kaiman. “We don’t know what the world’s going to be like 30 or 40 years from now. The hard part is that it’s not easy to give that much money away in 20 years. But we don’t think about it,” he said. Marcus may be 90 years old, but “[he’s] alive, he’s vibrant and that’s good enough for all of us.”