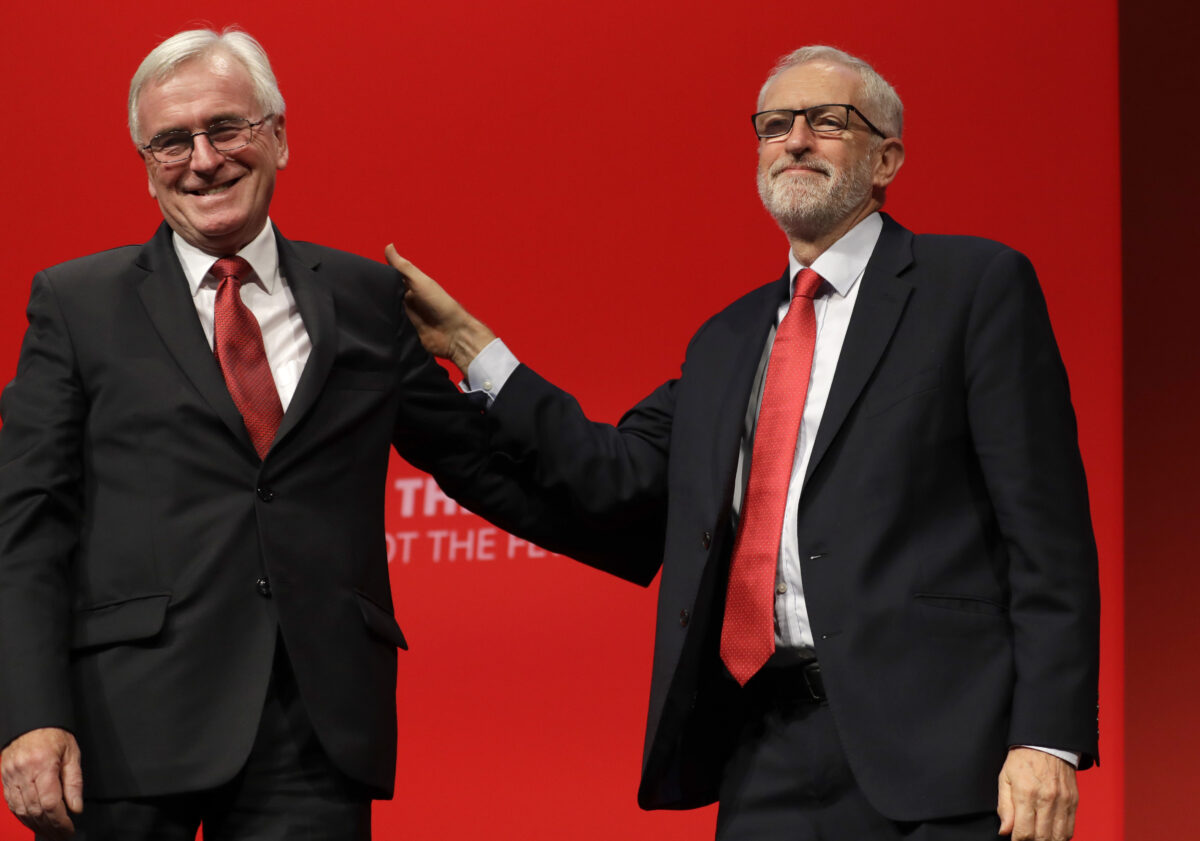 LONDON — The U.K.’s Labour Party formally adopted on Tuesday a slew of anti-Israel agenda items as part of its party platform for the next general election. The opposition party, which has recently faced numerous accusations of antisemitism and anti-Israel bias, appeared to only wade deeper into controversy.

On the fourth day of the 2019 Labour conference in Brighton, delegates voted to support a boycott of Israeli settlement goods, and called for a moratorium on trade agreements with the Jewish state. This appeared to be the first time the party has formally adopted a BDS policy. According to reports, the nearly unanimous vote followed audible shouts of “Free Palestine” throughout the event space.

In a statement posted to Twitter, Labour Friends of Israel director Jennifer Gerber denounced the move, calling the Labour party a “home for anti-Jewish racists and Israel haters.”

“It’s depressing but thoroughly unsurprising that Labour has today ended its decades old opposition to the extremist Israel boycott movement. Boycotts do nothing to bring about peace and are designed entirely to demonize Israel,” Gerber said. “With [Labour leader Jeremy] Corbyn now uniquely singling out the world’s only Jewish state for boycotts, it’s no wonder the Jewish community fears the prospect of him becoming prime minister. This is another dark day in the history of the Labour Party,” Gerber’s statement continued.

Tuesday’s vote followed a host of anti-Israel and antisemitic incidents at the conference over the weekend. Before the confab began, evidence emerged showing Corbyn’s 2002 support for the “Cairo Declaration.” Along with other left-leaning leaders, Corbyn appeared to have signed the declaration which specifically accused Israel of committing apartheid.

On Sunday, Sussex police confiscated a poster from the conference that showed Israeli Prime Minister Benjamin Netanyahu and the Israel “lobby” attacking Corbyn, who stands at a podium defending Palestinian rights. The poster was immediately denounced, including by a Labour spokesperson, who said “This kind of hateful poster has no place anywhere near our conference.”