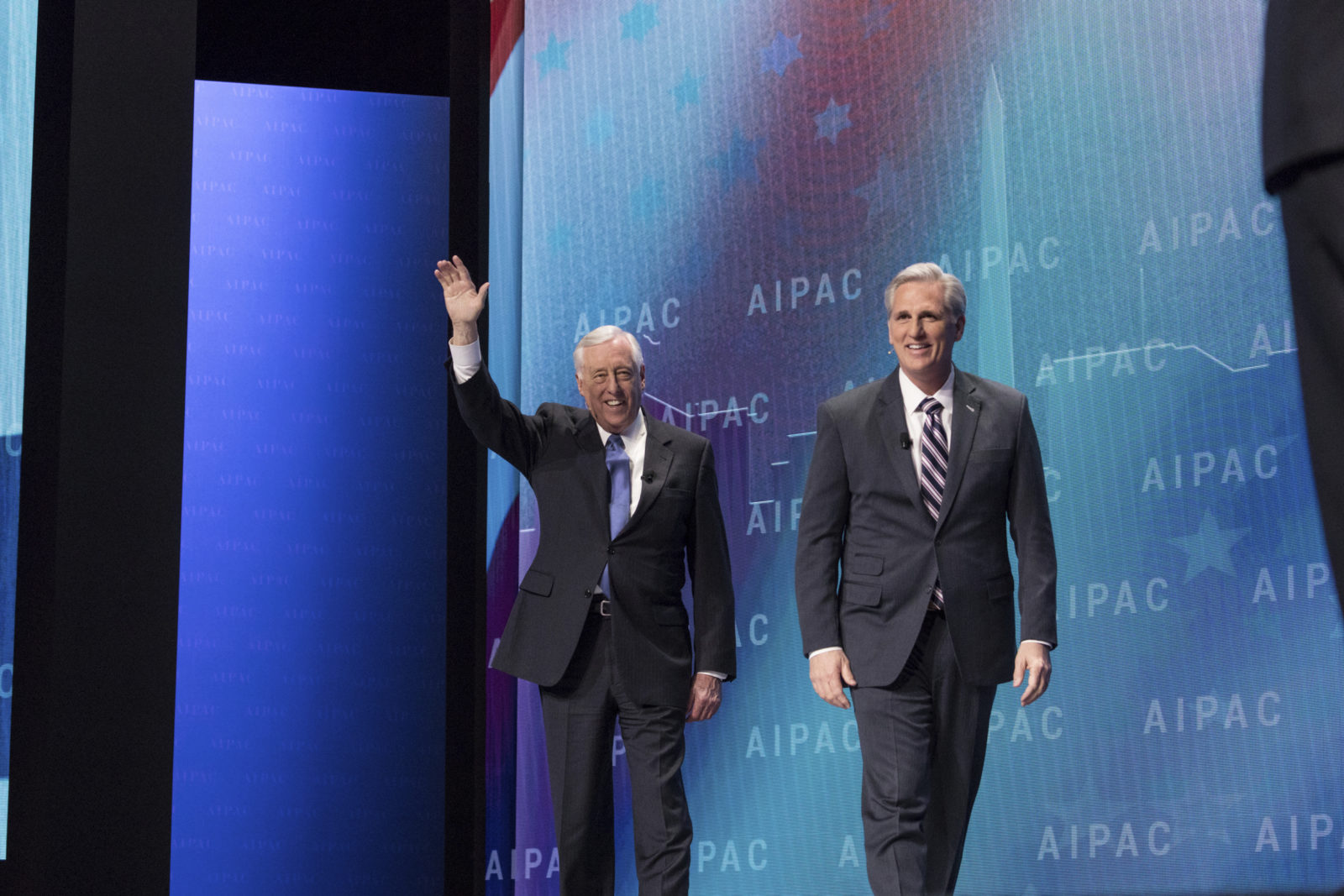 Despite opposition from progressive groups, at least 16 freshmen Democrats will travel on the semiannual summer trip

From a helicopter jump seat flying over southern Israel, Representative Dan Crenshaw (R-TX) sneaks a glance into the camera before the scene quickly changes, and the Congressman is now above Jerusalem giving his almost half a million Twitter followers a dramatic view of the Old City.

Later, he holds in front of the camera a round, slightly burnt pita filled with falafel. Before this lunch, he explains, the congressman had traveled to Israel’s border with Lebanon, learning of multiple Hezbollah tunnels discovered by the IDF. Although wearing sunglasses, he wears a grim expression on his face.

These vignettes, posted on social media, occurred during the freshman congressman’s trip to Israel in December with the American Israel Education Foundation (AIEF), the non-profit educational arm of the American Israel Public Affairs Committee (AIPAC).

AIPAC says its trip provides new members of Congress with a first-hand, educational experience about the realities in Israel from both Israeli and Palestinian leaders. But the group still draws the ire of some on the left. A petition by the progressive organization MoveOn asking 2020 Democratic Presidential candidates to boycott the annual AIPAC conference described the organization as becoming more partisan, actively opposing the Iran nuclear deal, “undermining Palestinian self-determination and inviting figures actively involved in human rights violations to its stage.”

In the House, Reps. Ilhan Omar (D-MN), Rashida Tlaib (D-MI) and Alexandria Ocasio-Cortez (D-NY), among the most vocal of freshman Democrats, have publicly criticized the organization on social media. In February and March, Rep. Omar was widely condemned for using antisemitic tropes in her criticism of AIPAC and Israel.

All three lawmakers have told JI that they are not traveling on the AIEF/AIPAC trip to Israel.

“I certainly am not,” Omar told JI in mid-May, referring to the trip.

Rashida Tlaib, approached by JI in early May and asked whether she would go on the AIPAC trip, said “No, I have my own trip,” and presented an invitation for a trip to the “Occupied Territories in Palestine.”

The trip is supposed to be sponsored by the Humpty Dumpty Institute, but Joseph Merante, COO of the organization, told JI they won’t be doing any overseas travel this year.

A spokesman for Rep. Alexandria Ocasio-Cortez (D-NY) told JI that the freshman congresswoman won’t be on the AIEF/AIPAC trip and didn’t respond to an inquiry about why. Nor will the congresswoman be going on the trip advertised by Tlaib, although her spokesman said she agrees with the initiative. “We are very supportive of the trip and we are interested in visiting the region in the future,” Ocasio-Cortez’s spokesman said in an email.

Rep. Jared Golden (D-ME) told JI he will attend some, but not all of the August trip.

Mark McDevitt, a spokesman for Rep. Lori Trahan (D-MA), emailed JI after publication to confirm that the Massachusetts congresswoman will attend the AIEF/AIPAC Israel trip in August.*

The trip is led by House Majority Leader Steny Hoyer (D-MD), who will also be joined by Chair of the House Democratic Caucus, Rep. Hakeem Jeffries (D-NY). In March at the AIPAC conference, Majority Leader Hoyer said he expected the August trip to be the largest delegation he’s ever led, with at least 30 members of the Democratic caucus, including ‘many’ freshmen.

At least 15 Democrats told JI they won’t be attending the trip, a majority cited scheduling conflicts, prioritizing time in their district, or planned trips with family. The largest freshman class, with the highest number of women and minorities, also flipped 41 formerly Republican-held districts. Looking ahead to 2020, many of these newly elected Democrats are focusing on maintaining support at home.

Rep. Jefferson Van Drew (D-NJ), who flipped New Jersey’s second district, said he is spending time at home over the summer recess in lieu of any trips.

Rep. Dean Phillips, who traveled to Israel shortly before declaring his candidacy in 2017, told JI he won’t be attending the AIEF trip.

“I was just there about 18 months ago with my fiancé and my brothers and sister, and it was a remarkable journey,” Rep. Phillips said in an interview in April. “Through Israel – [I] also went to the Lebanese border, went to the Syrian border and spent some time with U.N. peacekeepers and also traveled through the West Bank and it was a remarkable and very enlightening journey.”

Brendan Welch, a spokesman for Rep. Phillips, said the congressman will not participate in any travel funded by private organizations, part of his pledge to refuse special-interest money from political action committees, federal lobbyists or other members of Congress.

Rep. Andy Levin (D-MI), a former president of a Reconstructionist Jewish synagogue and leader in Detroit Jews for Justice, said he has to put family commitments happening at the same time ahead of taking the trip, but said he spoke to AIPAC about his inability to attend.

An aide to Rep. Jahana Hayes (D-CT) said the congresswoman is considering attending the trip but is still working on her schedule, as is Rep. Chrissy Houlahan (D-PA), who told JI she’s “hoping to go” but checking if she has the time.

Rep. Deb Haaland (D-NM), when approached about the trip, said she had to check with her staff about her schedule.

*This story has been updated to include a statement from Rep. Lori Trahan.