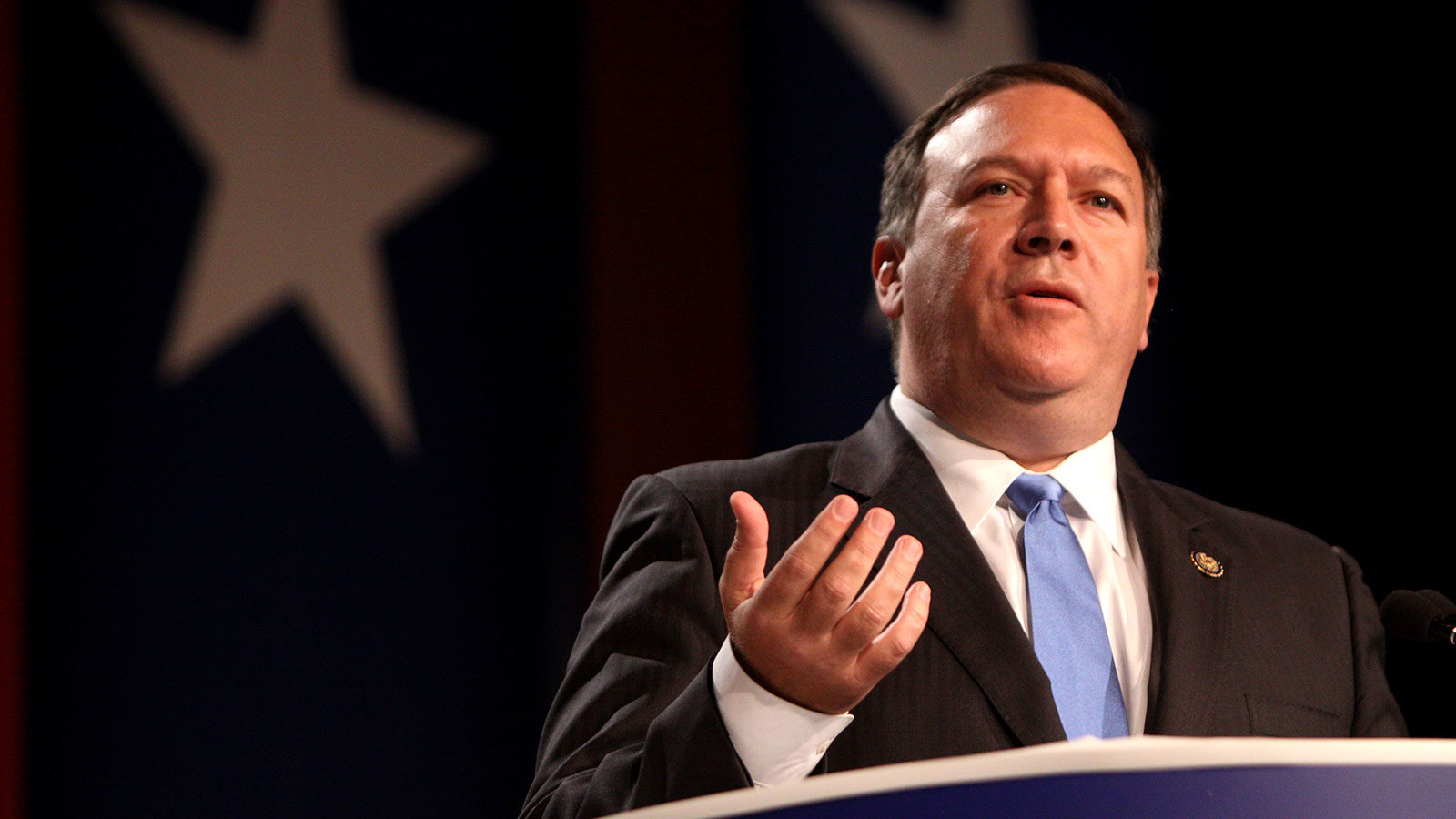 The announcement builds on the Administration’s efforts to increase sanctions Iran after leaving the Iran nuclear deal.

The official designation is expected to take effect next week, Secretary Pompeo said, and foreign governments and individuals are on notice that any dealings with the Iranian government are expected to be under threat because of the IRGC’s deep involvement and can be prosecuted under U.S. penal codes.

“If you’re the general council for a European financial institution today, there’s more risk,” Sec. Pompeo said of doing business in Iran. “It is absolutely the case that the IRGC amounts to a significant piece of the Iranian economy through pure kleptocracy and it is also the case that it is sometimes difficult to know whether the IRGC is involved. That is, the diligence effort is an enormous undertaking.”

The announcement builds on the Administration’s efforts to increase sanctions Iran after leaving the Iran nuclear deal. It also makes it more difficult for any future U.S. administration to re-enter such a deal, says Jonathan Schanzer of the Foundation for Defense of Democracies.“You can’t just push this away, wipe this way with a reentry into the nuclear deal. It’s going to create a higher bar for anyone trying to provide some financial relief to Iran if that day comes to pass,” he said.

Iranian Foreign Minister Javad Zarif called the announcement an election gift to Israeli Prime Minister Benjamin Netanyahu and said that Israel is “dragging the U.S. into a quagmire on its behalf.”

#NetanyahuFirsters who have long agitated for FTO designation of the IRGC fully understand its consequences for US forces in the region. In fact, they seek to drag US into a quagmire on his behalf.@realDonaldTrump should know better than to be conned into another US disaster. pic.twitter.com/i4bcfgxybT— Javad Zarif (@JZarif) April 7, 2019

The move also comes before a May 2 deadline on whether to renew waivers for countries currently buying Iranian oil. Sec. Pompeo declined to comment on the status of waiver renewals during a press briefing at the State Department.

Nathan Sales, the head of the Bureau of Counterterrorism and Countering Violent Extremism, said the announcement is the next step in the Administration’s “maximum pressure campaign” and adds criminal charges to any organization or individual that does business with the IRGC.

“It’s not just that the IRGC supports terrorism that its proxies undertake. Today the IRGC stands accused and convicted of directly engaging in terrorism itself,” he said.

Material support to a designated foriegn terrorist organization can carry a maximum penalty of 20 years, Mr. Sales said. Outstanding cases include the deaths or injuries of an estimated 603 U.S. troops serving in Iraq, as concluded by the Department of Defense.

Secretary Pompeo said Monday that “we have made clear, both privately and publicly, that an attack on the United States of America is something they ought to think more than twice about.”

Senator Lindsey Graham (R-SC) offered complete support of the Administration’s new designation, writing on Twitter, “The IRGC has been wreaking havoc throughout the Middle East and is a direct arm of the Ayatollah’s hateful policies. Secretary Pompeo and President Trump have rightfully put enormous pressure on Iran.”

Congressman David Kustoff (R-TN) said the President is sending a clear message that the United States does not do business with a country that terrorizes people in and outside its borders.

“We must remain vigilant against those who wish to bring Americans harm and continue to stand with our greatest ally in the Middle East, Israel,” Rep. Kustoff said.

Israel’s Ambassador to the United Nations Danny Danon said his country thanks the U.S. for recognizing “Middle East realities”, writing on Twitter, “The IRGC is the main exporter of Iran’s regional terrorism. The world should follow this example & increase the pressure on Iran! [sic]”

Mr. Schanzer, speaking from Israel ahead of their national elections on Tuesday, said the announcement has had little airtime in the country’s political debate.

“When you look at sanctions designations and announcements, it really resonates among a certain group of wonks in Washington as well as Jerusalem. It rarely resonates outside the kind of expected audience.”

Laura Kelly is the Capitol Hill reporter for Jewish Insider. Follow her @HelloLauraKelly