Bernie Sanders: Israel being run by a ‘right-wing, racist government’ 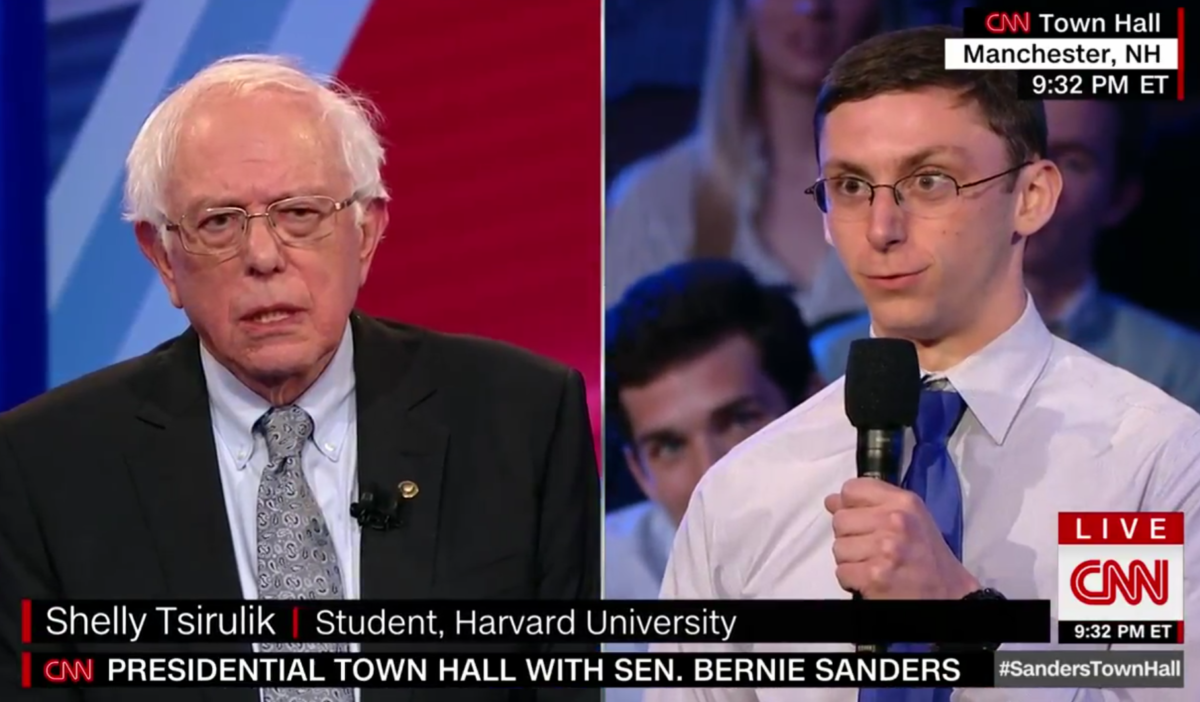 Shelly Tsirulik, a student at Harvard University: You have been an outspoken critic of Israeli Prime Minister Benjamin Netanyahu. Yet Israel is also one of America’s most important allies in the world. Given that Prime Minister Netanyahu just won another term in office, how do you plan to maintain the strong U.S.-Israel relationship despite those critiques?

Sanders: “Look, what I have said over and over again, and I repeat to you: I happened to, as a young man your age, I spent a number of months in Israel. I worked on a kibbutz for a while. I have family in Israel. I am not anti-Israel. But the fact of the matter is that Netanyahu is a right-wing politician who, I think, is treating the Palestinian people extremely unfairly.” (applause)

“What I believe, you know, the U.S. gives billions of dollars in military aid to Israel — what I believe is not radical — I just believe that the U.S. should deal with the Middle East on a level-playing-field basis. In other words, the goal must be to try to bring people together and not just support one country, which is now run by a right-wing — dare I say — racist government.”

“I am 100 percent pro-Israel. Israel has every right in the world to exist and to exist in peace and security, and not be subjected to terrorist attacks. But the United States needs to deal not just with Israel but with the Palestinian people as well.”