DAY 5: Netanyahu: It’s Going To Take Time: “We are here in the midst of a complex operation. We need to be prepared for the possibility that it may take time. This is a serious event and there will be serious consequences. We are working together in a considered, responsible and very determined manner.” Netanyahu urged the international community to decry the kidnapping: “I expect all responsible elements in the international community – some of whom rush to condemn us for any construction in this place or for enclosing a balcony in Gilo – to strongly condemn this reprehensible and deplorable act of abducting three youths.” After 5 days and without mentioning Hamas, the EU finally released a statement: “We condemn in the strongest terms the abduction of 3 Israeli students in the West Bank and call for their immediate release.” [Statement] END_OF_DOCUMENT_TOKEN_TO_BE_REPLACED

DRIVING THE DAY: UPSET IN ISRAEL’S PRESIDENT ELECTION: Dovish Knesset member Meir Sheetrit surprised everyone this morning by surging to 2nd place in the first round of voting. Out of 117 qualified votes, frontrunner Reuven Rivlin came in first place with 44 votes, Sheetrit in second place with 31 votes and former Knesset speaker Dalia Itzik with 28 votes. The momentum has now shifted towards Sheetrit as the top two face each other in the second round. WATCH LIVE BROADCAST [Knesset Channel] END_OF_DOCUMENT_TOKEN_TO_BE_REPLACED 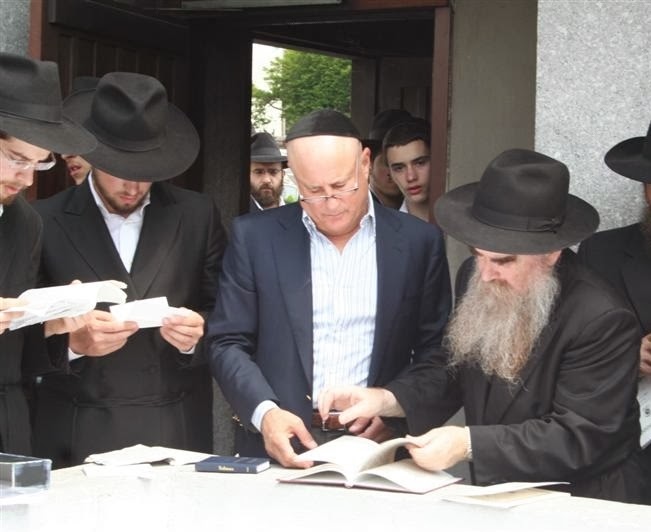