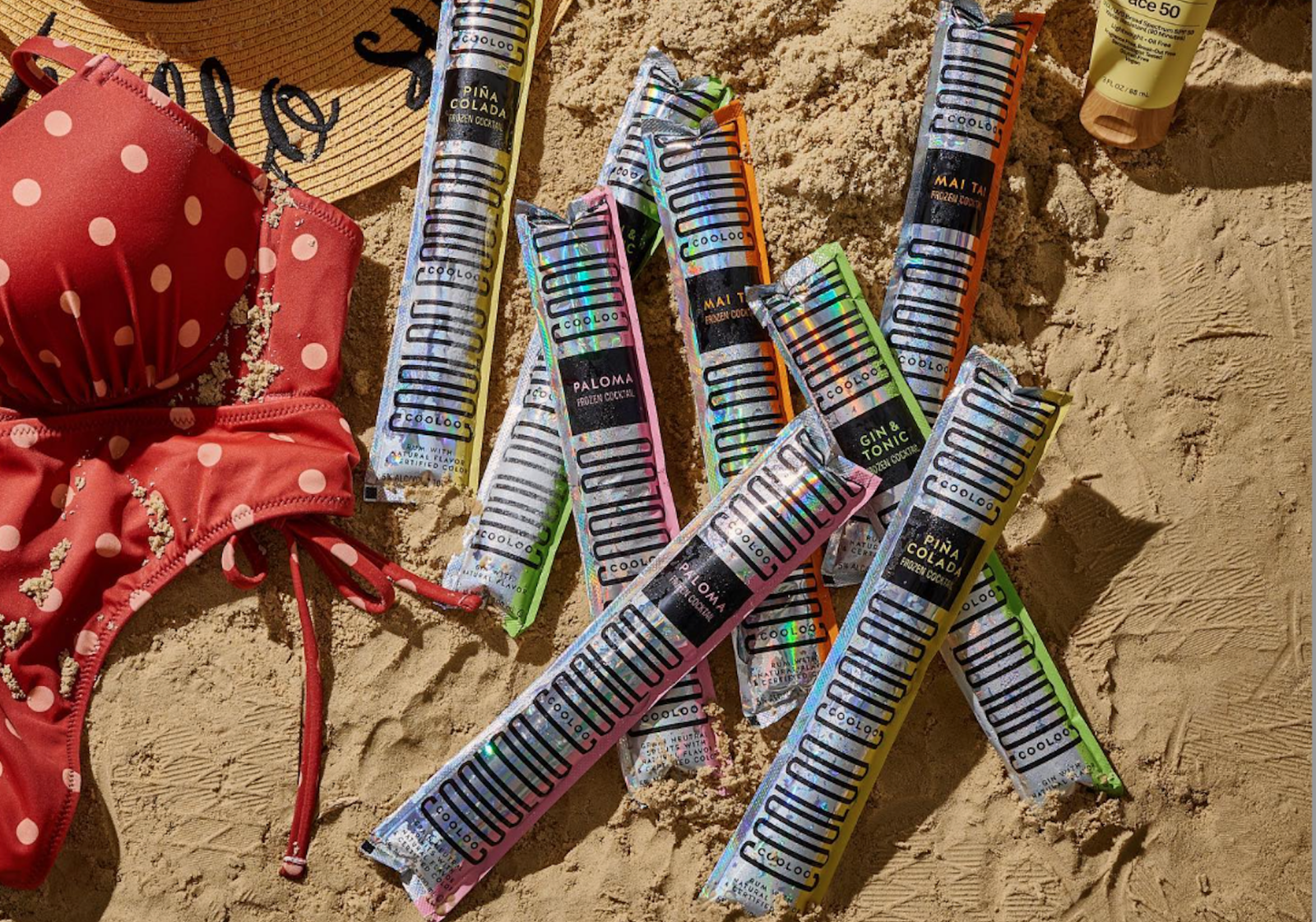 The New Jersey native spoke to JI about Cooloo’s origin, growing success and his plans for its future

Yehuda Tomor’s fascination with cocktails began at a young age. On Friday nights in his Lakewood, N.J., home, he’d watch his father unwind from the workweek with special “Shabbos drinks” — alcohol blended with ice and Mr. & Mrs. T mixes, or whatever flavorings he could find. They weren’t always the most elaborate cocktails, but to 7-year-old Yehuda, the process was an art.

As he grew, so did his interest in mixing drinks, loving the sophistication and taste, just not always the hassle. “Once I got married, I started making cocktails in my home,” Tomor, now 30, told Jewish Insider in a recent interview, “and it started becoming annoying cleaning up and all that. So the idea was really an RTD cocktail, a ready-to-drink cocktail.”

And so was born Cooloo, his Lakewood-based business that manufactures frozen cocktail pops and is part of a fast-growing segment of the liquor industry.

As reported in NJBIZ, sales of ready-to-drink (RTD) beverages grew by 40% from 2018 to 2019, and soared 162%  over 17 weeks in the late fall and early summer of 2021, compared to the same period in 2020, according to analytics giant Nielsen. However, while many brands jumped on the RTD trend, Cooloo is not a bandwagon label. The company, which launched in 2019,  was actually conceived by Tomor three years earlier as he began to sense an opportunity in the liquor market.

To understand the reason behind the gap in the market, Tomor, 23 at the time, analyzed what the average consumer wanted in a drink by going to liquor stores and polling both vendors and their customers. The study’s finding: something fresh; no stale cans.

“Our idea was: ‘Hey, what if we freeze it? Why don’t we take this and freeze it and make it exciting, make it a real enjoyable [experience], and that is, make it more fresh?’” he said.

“Initially, we were actually planning on doing a real frozen [product], like you buy it frozen and you enjoy it frozen, but the problem is, you know, liquor stores having freezers and distributors having freezers, delivering it within freezer trucks, that doesn’t really work. So that’s when we pivoted to a shelf-stable product,” he added.

Tomor’s drive to create a successful business is no surprise to those who know him.

“I’m an entrepreneur at heart,” he said. “I was always that hustler growing up, you know, finding ways, I will say less of making money, [and] more of helping people and trying to enjoy.”

As a child, both of Tomor’s parents owned their own businesses, which still exist today — his father opened a locksmith and security shop called Arrow Locksmiths, while his mother founded a retail clothing store, His Place. Tomor worked at the boutique with his older brother, who helped expand the company into wholesaler T.O. Collection. The experience, and watching his brother take the reins of the family company, drew Tomor into the entrepreneurial world, where he sought to build his own legacy.

“I wanted to do something myself. I didn’t want to be working for a company, I wanted to be doing my own,” Tomor said.

And while he ventured far away from the fashion industry, Cooloo’s foundation is still rooted in family. In an overflow of good fortune, the day production for Cooloo began — July 24, 2019 — Tomor’s wife gave birth to their third son.

“The joke we always say is that our biggest fear is having twins, but you know, I had a company and a baby on the same day,” he said.

Despite the care Tomor took with his fledgling business, like most startups, Cooloo faced some pushback when it launched. Doubts even came from Tomor’s own research and development team, which for a time, Tomor said, wouldn’t answer his calls.

“They sent me an email that pretty much [said], ‘we don’t think you’ll be successful. This kind of product doesn’t seem like it’ll work and we don’t see a future in it, and it’s not worth our time and effort,” Tomor recalled. “But we made it through. We weathered through those storms and we brought out a really good-quality product I’m very proud of.”

Public reception of Cooloo has been overwhelmingly positive, and the company is growing. Cooloo sold 300,000- 350,000 frozen cocktails in its first year, according to Tomor, which it surpassed nearly fivefold two years later, selling over 1.5 million pops in 2021. The manufacturing plant itself grew as well, Tomor added, expanding from a small, 2,500-square-foot space to a 10,000-square-foot building, despite operating during a global pandemic.

“COVID was hard on us,” he said, but added that they were able to reduce pandemic setbacks by taking steps to confront the new challenges. As reported by NJBIZ, Tomor began manufacturing the packaging canisters he was missing due to supply chain shortages on site at Cooloo.

The Lakewood community was also invaluable to the brand’s success. A largely Orthodox Jewish town of about 100,000 with a thriving business culture, Tomor spent time studying at Beth Medrash Govoha, or BMG, Lakewood’s famous yeshiva — and the largest outside of Israel. Though he now lives in the neighboring town of Jackson, N.J., it was Lakewood where he wanted his business to thrive.

“This is my house. This is where I live, you know. I wanted to make sure to be on top of, especially in the beginning stages, be on top of every single aspect [of the company],” he said.

The community has also been receptive toward Cooloo, Tomor expressed.

“In the beginning it was exciting,” he said. “Some people didn’t realize that it’s a kosher, it’s a frum Jewish guy owning the product.”

But Cooloo’s customers hail from beyond the Jewish world, and the company has found popularity within the larger consumer market.

“In the non-Jewish world it’s been really really phenomenal success. Even seeing other big brands copying us, to us is a compliment, showing that we actually built something out there,” he said, adding that he and his team have even worked with other brands to build their own ice pop lines by creating private labels and helping with research and development.

“We do whatever it takes to make sure the kosher customers are happy, but let’s face facts, kosher is not the No. 1 demographic in America. There’s so much more opportunities out there,” he said. “This is a great product that tastes great, so there’s no reason we should limit ourselves to one demographic.”

Along with distribution expansion — Cooloo is currently available in a dozen states nationwide, as well as in parts of Israel and the U.K. — Tomor is working toward adding more products to the brand’s roster, which already includes flavors like piña colada, mai tai and paloma. The company is hoping to soon launch mini versions of its cocktail pops, which would be found in supermarkets and retail between $9.99 and $12 — the current, full-size pops typically sell for around $19.99 in liquor stores. Tomor added that Cooloo cocktail machines, which would serve slushy-style drinks rather than pops at bars and entertainment venues, are also in development.

Still, Tomor is looking to mix it up even further. “Just really the whole frozen cocktail space, we want to make sure that we can bring our quality cocktails into every single area,” Tomor said.