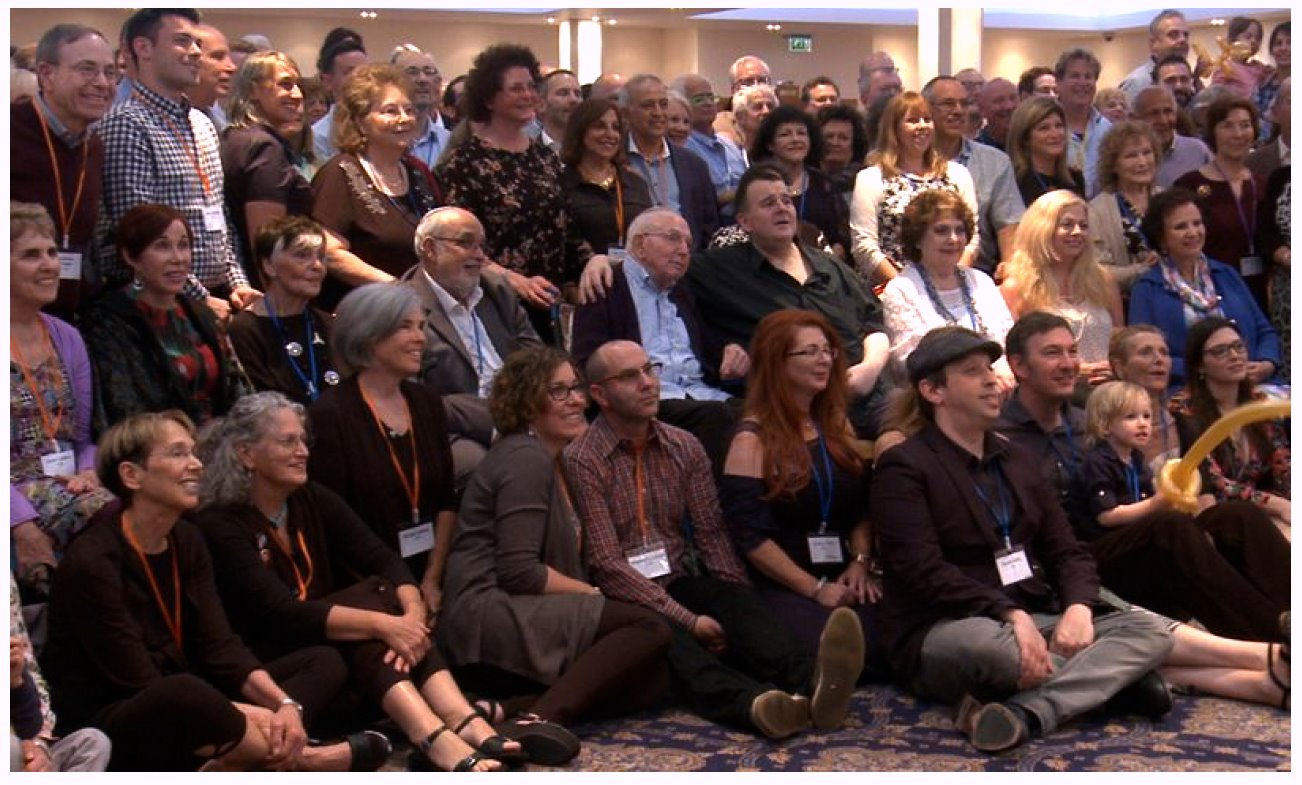 A family reunion decades in the making

Members of the large Kuklya clan gather today in New York, thanks to the dogged efforts of a British record producer turned amateur genealogist

When more than 70 members of the massive Kuklya clan gather today in New York City, it won’t be a normal family reunion: The gathering is part of a roots journey nearly 30 years in the making, one undertaken by an amateur genealogist that spans from Lithuania in the 1800s to England to Minnesota

This extensive family tree includes many celebrities, including Barbra Streisand, Bette Midler, and Bob Dylan, and connects back to medieval French commentator Rashi.

British record producer Ian Levine began the project in 1995, long before the internet made such searches commonplace, after the death of his grandmother, Golda Cooklin.

“I was very fond of her,” Levine told Jewish Insider. “I never took the opportunity to talk to her about the Cooklins. She used to say, ‘It’s a wonderful family I come from; we’re the Jewish royal family,’ and when she died I decided I wanted to trace the family.”

Levine began interviewing several of his grandmother’s cousins to find as much family information as he could before he began his search. “If I had started now, with the internet, I wouldn’t have known how to trace them.” Levine reflected. “I had a pen and wrote down everything that [they] said on scraps of paper.”

Levine began to trace the British branch of the family, whose last name had changed from “Kuklya,” to “Cooklin,” after his great-great-grandfather, Hatzkel Kuklya, came to England from Lithuania in the 1800s. In the process, he identified around 700 family members. The first of four Kuklya family reunions occurred in 1996, with 400 family members in attendance. Tuesday’s event in New York marks the first one in the U.S. for the family; the others took place in Europe and Israel.

Levine knew that his great-great-grandfather had been one of many siblings and wanted to find out more about the Kuklya clan, but without the help of the internet, the search proved difficult.

He soon had a breakthrough. After a Jewish newspaper ran a story about his genealogy research, a descendant of Hatzkel’s brother recognized some family photos from the article and got in touch. With his help, Levine was able to add his great-great-great uncle and descendants to the family tree.

With the help of a genealogist, Levine eventually found all 10 Kuklya siblings – Hatzkel and his eight brothers, Berka, Hirsch, Dov-Azriel, Elikim, Josel, Leizer, Yehuda and Abram, and one sister. Using ancestry websites and DNA testing more familial relationships were confirmed, and Levine added to the growing Kuklya records by combining his tree with other people’s trees.

“All of my research, probably a lot of genealogists would turn their nose up at it, because they want to see figures and documents, and all my research has been done through DNA matching. There is no other scientific explanation to prove that everyone on one family tree matches everyone on another family tree.” Levine said of the process.

Singer’s father had been raised by cousins. He knew little about his father’s branch of the family. As an adult, he became a librarian and began doing family research with the help of a supervisor at the Superior Public Library. After his father’s death, Singer continued to research his ancestry. With the help of a genealogist, he was able to identify family members going back to the 1800s.

He put his information on ancestry websites and joined genealogy Facebook groups, where people shared their findings and supported one another. One day, a group member saw his family tree and reached out.

“She said to me, ‘Dan, you need to be in touch with Ian Levine.’ I said, ‘Why?’ She says, ‘Because you’re related to Bob Dylan.’ And I was like, ‘What are you talking about?’ She says, ‘Talk with him, because your DNA matches mine. I see your tree and I see Ian’s tree.’”

Singer sent his information to Levine, who soon verified that his DNA and ancestry matched the Kuklya family records. The information floored Singer, not only because of how much the information expanded his genealogy research, but because Singer’s father had been a Bob Dylan fan and had spent years teaching about the singer-songwriter’s family. (Dylan grew up in Hibbing and Duluth, Minn.)

“I mean, it’s just amazing how small the world is that I can discover that my father, who was a researcher on Bob Dylan, was actually surrounded by [Dylan’s] sixth cousins in Superior, where we ended up just because he was a librarian there…The fact that we were related to them is just kind of wild,” Singer said about the discovery.

The latest chapter of the Kuklya family saga will unfold today at a New York deli, with many members of Levine’s extended clan by his side, trading family stories and linking past and present. The reunion, organized by Levine’s cousin, David Cooklin, is scheduled to take place at Mr. Broadway, a kosher restaurant in Manhattan.

Family members will be flying in from as far as Toronto and San Diego to attend.

Levine has compiled all of his research into two 1,000-page books, a family tree and an encyclopedia. He has also written a 2,000-page historical novel — “Kuklya” — that follows 18 generations of his family, based on his extensive research, with some gaps filled in with fiction.

“It’s a mix between ‘Roots’ and ‘Fiddler on the Roof,’” Levine said of his novel, invoking two iconic works detailing the family chronicles of Black Americans and Jews, respectively.

Singer is looking forward to the reunion, his first Kuklya gathering.

“This reunion is a really moving thing for me, to find the family that my dad was deprived of as an only child,” Singer said.