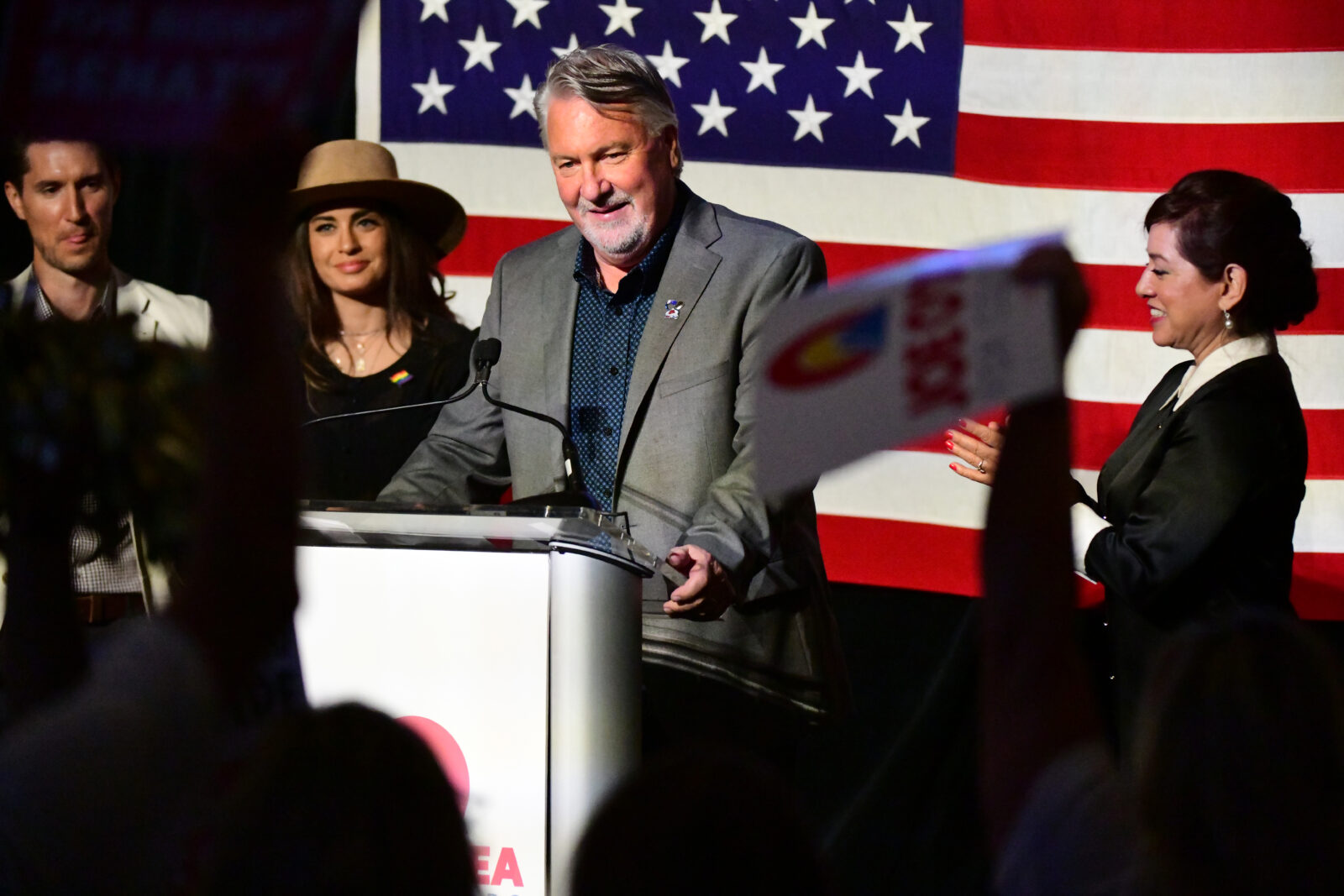 With Senate Republicans suffering from, in the words of Senate Minority Leader Mitch McConnell (R-KY), “candidate quality” issues in several key battleground states that had once been seen as likely to flip red Republicans have honed in on Joe O’Dea, once viewed as a long shot candidate, as giving them an opportunity for victory in Colorado.

Breaking with a number of first-time GOP Senate candidates this cycle, O’Dea, 60, is a self-described “moderate” who supports allowing abortions up to 20 weeks of pregnancy and opposes the Supreme Court’s overturning of Roe v. Wade, accepts the 2020 presidential election results and has said he does not want former President Donald Trump to seek a second White House term in 2024.

“My wife and I have been blessed, we’ve really been able to live the American dream here in Colorado,” O’Dea, a businessman and political novice, told Jewish Insider on Monday. “I’ve been watching our country and I really don’t like the direction that it’s headed. They’re taking away our freedoms, the policies in place have promoted record inflation, record price on gas, record crime. I just think we can do better.”

O’Dea decried bureaucracy, specifically criticizing climate-related regulations. He said if elected, his focuses would include crime and border security. O’Dea argued that funding in the Democrats’ recent Inflation Reduction Act for the Internal Revenue Service should be redirected to state and local law enforcement to “retake our cities” and cut down on drug trafficking and other crimes.

He also supports liberalizing legal immigration procedures. “It shouldn’t take 15 years to get your citizenship if you’re a good, working American,” he lamented. “I’ve got guys [working for me] that have had visas three and four different times. They’re here legally, they’re paying taxes and they can’t get through our process.”

Despite his criticisms of the former president, O’Dea described the recent FBI raid on Mar-a-Lago as a “political stunt” that is “undermining” Americans’ faith in the federal bureaucracy. But, he continued, if Trump kept documents he “shouldn’t have, that shouldn’t have gone on either.”

“The American people really want to know what’s going on,” O’Dea said. “If it was something wrong, he should be held accountable. If it’s just another political stunt by the Biden administration, which is what it looks like, that should come out as well.”

O’Dea is eager to label his opponent, two-term Sen. Michael Bennet (D-CO), as a “rubber stamp” for President Joe Biden who fails to represent Colorado’s interests, while he describes himself as the candidate focused on “kitchen-table issues.” Bennet, who was among the flock of Democratic candidates seeking the 2020 nomination, dropped his presidential bid in February 2020 and endorsed Biden two months later.

O’Dea described himself as the “underdog” in a race that he thinks is ultimately “winnable.” A late July poll from Republican firm McLaughlin and Associates showed Bennet up eight points, and the Cook Political Report rates the seat as lean Democratic — a rating that was downgraded from likely Democratic earlier this month.

After winning his primary, O’Dea picked up the support of the Republican Jewish Coalition. Sam Markstein, the group’s national political director, described him as “a talented, conservative political outsider who will bring much-needed sanity back to Washington D.C.,” praising his opposition to the Iran nuclear deal, which places O’Dea at odds with Bennet.

O’Dea described Israel as a “great ally,” explaining that the country’s “security is dependent on us, and our security is dependent on them to some extent.” He praised Trump’s decision to move the U.S. Embassy to Jerusalem. O’Dea supports a two-state solution, and said the U.S. needs to “encourage the dialogue” between Israel and the Palestinians, but opposes sending U.S. aid to the Palestinians.

“My business career has demonstrated [the importance of dialogue] throughout it. Here I am running a construction company that deals with mostly municipalities. And so in order to get a good project to get a good outcome, you need both parties at the table and you need to negotiate a tough deal,” he explained.

With a possible Iran deal on the horizon, O’Dea argued that Biden “can’t be trusted” on foreign policy, pointing to the U.S. pullout from Afghanistan and Russia’s invasion of Ukraine. He said he opposes any Iran deal that would give more funding to Iran’s Islamic Revolutionary Guard Corps.

Graham told JI in March that this proposal is not “remotely possible as long as [Ayatollah Ali Khamenei]  is in power,” and said an Israeli strike would likely be needed to stop Iran’s nuclear development.

Asked how he would work to protect Jews from domestic antisemitism. O’Dea noted that he has some firsthand experience with bias and prejudice because his wife is Hispanic.

“I’ve seen her in situations where she’s been diminished. She’s been talked down to because of her heritage. And won’t stand for that,” he said. “I just don’t believe that hate is the way forward.”

Joy Hoffman, an RJC supporter and former chair of the Republican Party in Colorado’s Arapahoe County praised O’Dea’s self-made business background and his positioning as a moderate conservative. She said O’Dea, whom she has met at multiple events, is “empathetic and open to ideas and comments.”

Hoffman said that O’Dea’s wife told her that “the family is horrified” by rising antisemitism domestically, and expects O’Dea “would join in voices to try to find a way to direct attention to how we deescalate that issue.”

“I have a very long history of meeting politicians of all stripes. Mr. O’Dea is a continual, pleasant surprise,” she said. “He is a very thoughtful, kind person and he reaches his decisions on his… values, which is a refreshing change.”