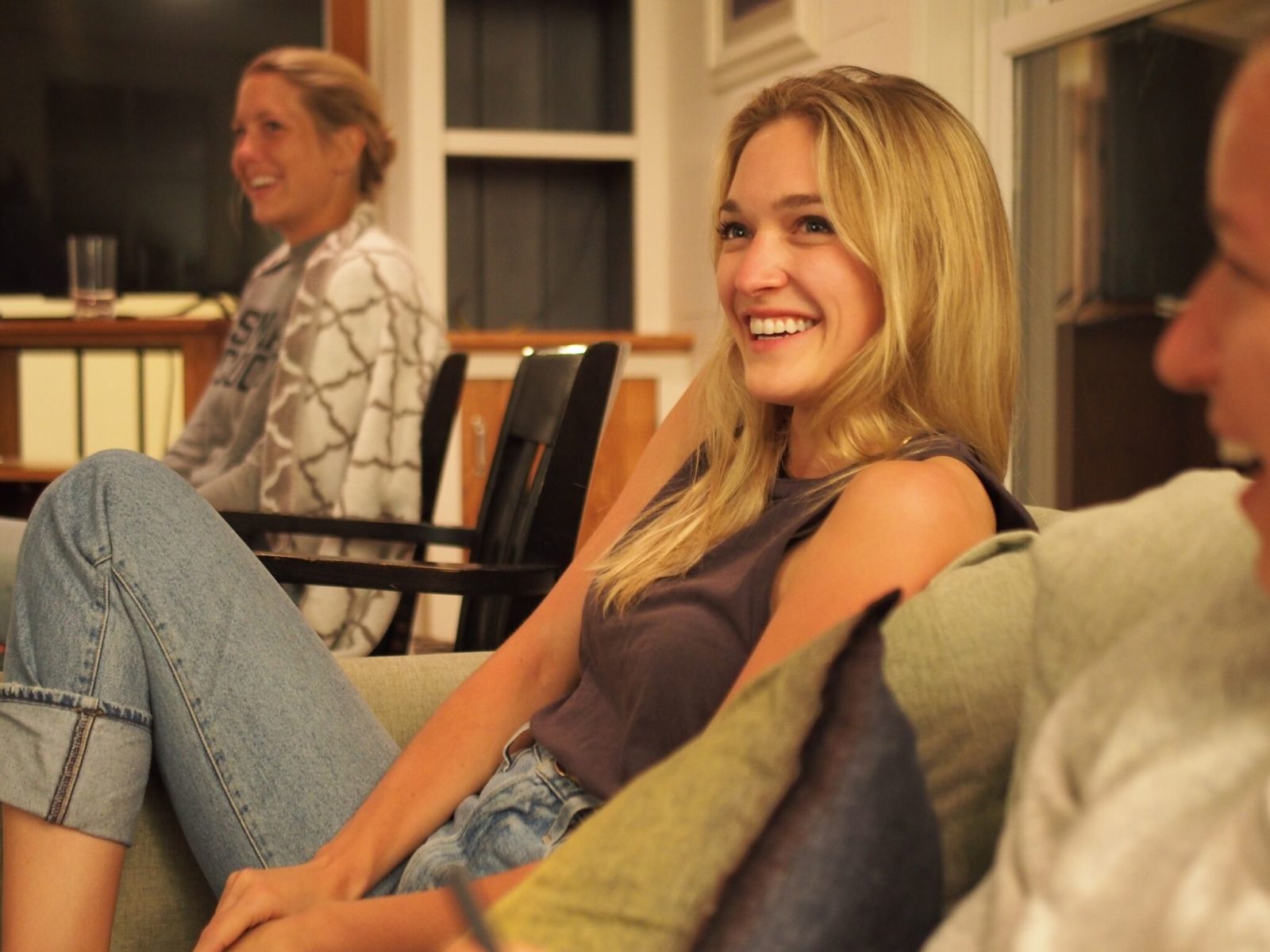 As the entrepreneur in residence at the paper of record, Sarah Adler Hartman has a broad mandate: get kids hooked on The New York Times.

Since 2017, the children of some of the paper’s most fervent readers — subscribers to its hefty Sunday print edition — have had access to a once-monthly insert in the Sunday Times called The New York Times for Kids.

The kids’ section has won design awards for its eye-popping page layouts. One cover from August 2019 proclaims, “How to Survive Going Back to School” above a large graphic of a school building, full of the chaos and excitement of the first day of school, depicted in cartoons in muted pastels. “This section should not be read by grown-ups,” an editor’s note warns.

Hartman was hired to build on the kids’ print edition and hook kids on journalism with entrepreneurial digital products. She understands that “entrepreneur in residence” is a cool, if unusual, title to hold at a newspaper. “Every time I introduce myself, I have to, like, stop myself from using air quotes in my title,” she joked to Jewish Insider in a recent interview.

The Times brought her onboard just weeks after she sold her own digital news brand that she had built, which started as a college publication and later became a successful venture-backed startup.

She created Spoon University, a digital food publication for college students, as an undergraduate at Northwestern University. The publication began as a print magazine, eventually pivoting to digital.

“It covered everything from recipes that kids could make in their dorm rooms or their first apartment, to restaurant reviews in their college towns, to thoughtful pieces on how food fit into their lives,” she said. By the time she left the publication in 2019, it had chapters at more than 200 colleges.

Hartman grew up in Austin, Texas, a city with a reputation for innovation, entrepreneurship and creativity. But her childhood felt far away from the excitement of the city’s hundreds of music venues, barbecue joints and art studios.

“I definitely didn’t go to South By [Southwest] as a kid,” Hartman said. “I wasn’t really exposed to startup stuff until I got to college.”

At Northwestern, Hartman started Spoon University with her friend Mackenzie Barth, at what feels like an entirely different age in journalism. “It was supposed to be just a magazine, because we loved making a print thing and feeling that in our hands,” explained Hartman, who served as Spoon’s chief technology officer, “but we moved it online because we had such a big team and so much content was being produced that we needed more places to put it.”

Their initial goal was not the nationwide expansion that followed, or any kind of monetization. Spoon University was a publication by and for Northwestern students, one of the countless student-run publications where aspiring reporters, editors and designers could try their hand at real journalism at a university known for its award-winning journalism school.

But when the publication went online, friends — and then strangers — from other universities across the country began to notice it.

“We helped a couple of them start chapters,” Hartman recalled. “Then we had an interesting thought that there might actually be something there. And so we spent the summer after we graduated trying to spend some time just seeing if we could potentially build a business.”

The value for students was twofold, Hartman argued. “It was just a really good opportunity for kids to teach each other the really valuable skills that you don’t actually learn about how to grow up” — things like cooking and picking a restaurant on a budget. There was also a leadership component. “It helped these kids start something bigger than themselves and learn what it was like to organize meetings and organize a content calendar with their peers, and try to be a leader, like earn respect and authority,” she said.

In the span of just a couple of years, Hartman and Barth had gone from sorority sisters to best friends and Birthright Israel participants to New York City roommates and business partners. After graduating from Northwestern in 2013, they had to pitch investors who were, at first, skeptical.

“It was before the whole Instagram foodie movement was happening,” said Hartman. “People weren’t taking photos of their food and posting them online yet. We were telling people that that was starting to happen, and trying to show them stats from Instagram and hashtags to prove that that was a thing.”

Two years after graduating, they secured $2.5 million in funding, and in 2017, Scripps Networks acquired the brand, valued then at $10 million. But not long after, Discovery acquired Scripps, changing the landscape for Spoon University.

“They were so distracted handling the Discovery acquisition that happened months after our acquisition that there was probably almost a year there where, like, they lost track of us and didn’t even know where we were,” Hartman noted.

She ended up as the vice president for product in charge of food, a role that also covered the Food Network. But after Discovery sold Spoon University to Her Campus, a women’s media brand for college students, she left the publication she had created.

There is an “existential angst that you feel when your identity is so wrapped up in this thing that you’re building, that you don’t even know where it ends and you begin at the end of the day,” Hartman said. “I think that there are a lot of benefits to having a job that’s a little bit less tied to your identity than that, even if that also means that you have a little bit less ownership.”

Hartman began getting interested in childrens’ content while at the Food Network — she wasn’t feeling creatively fulfilled, so she began taking a class on how to make toys.

“I was trying to figure out, aside from having this thing be entirely mine, what can help me feel motivated and creative and feel a sense of wonder every day?” she explained. “I just totally fell in love with the category and believe that it was really underserved [in the news space]. There’s a lot of low-quality stuff made for kids that’s condescending, or kind of just not high-quality.”

The New York Times agrees with her. The paper also sees children as a vast untapped market.

“The goal was to create more standalone subscription offerings for The New York Times. They have the Cooking app and the Games app,” Hartman explained. “They were looking to create more apps like that, that could be in new categories as potential subscription products.”

David Perpich, head of standalone products at The Times, told Axios in February that there are 33 million families with children in the United States. “That’s a large number of people we can create something of value for,” he said.

The Times “wanted me to figure out what digital product we could build to capitalize on what’s beloved about that print section [for kids]. So it was a really broad mandate,” Hartman explained. “We now are working on a beta version of an iPad app with a concept called ‘NYT How To.’ So it’s how to do almost anything: how to bake a cookie pizza, or the best paper airplane according to NASA. Super wide range of content, from stuff that’s happening in the world to crafts.”

Hartman is someone who could probably benefit from the basic, kid-friendly recipes on the app, despite her years helping run a food website.

“I never cooked. The joke at Spoon was that I had a freezer full of Lean Cuisines,” Hartman recalled. “I actually didn’t start cooking until the pandemic, but now I cook all the time.”