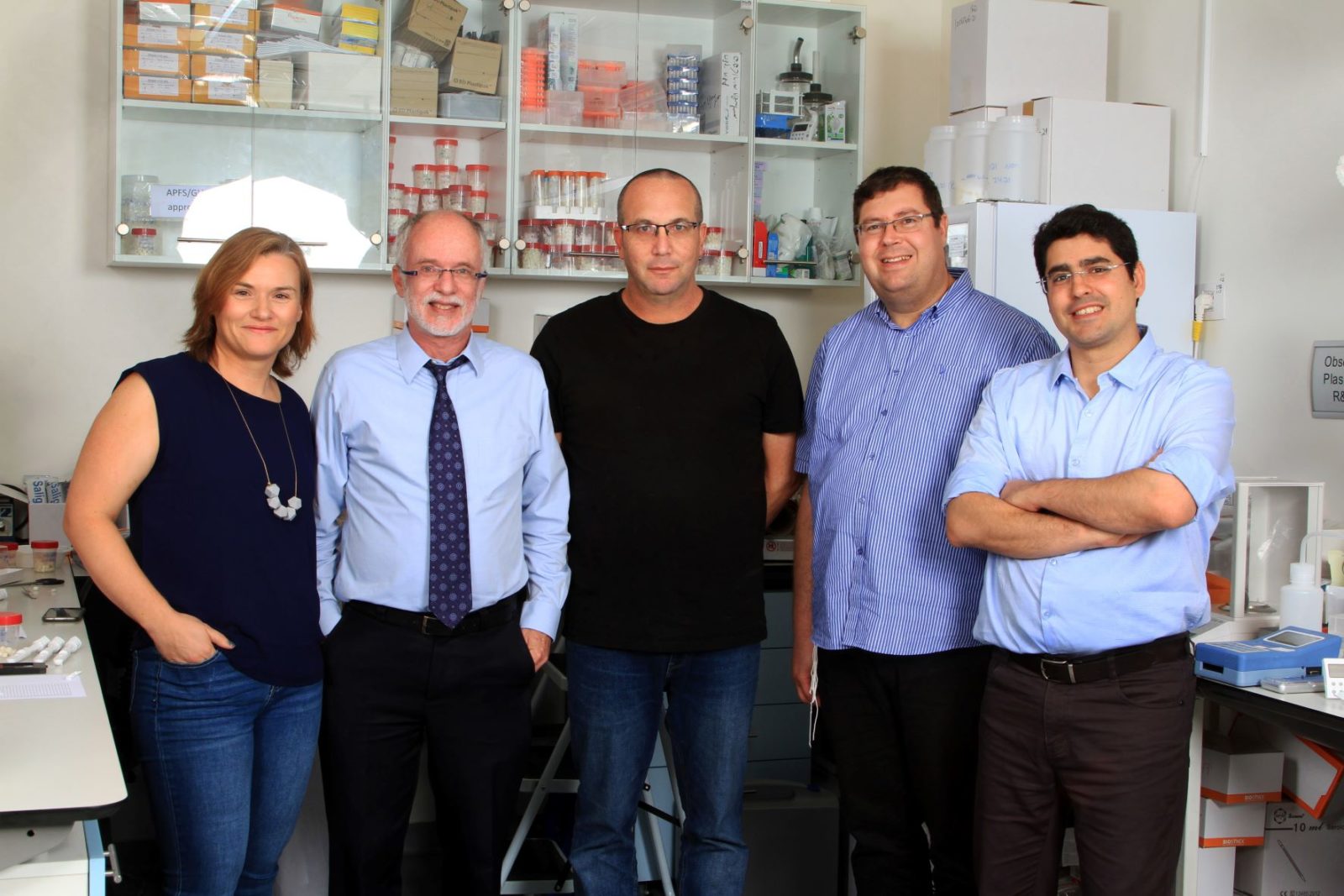 Spit, it turns out, is the scientific glue that binds an Israeli medical startup’s rapid COVID-19 test, which it developed last year, and what is now being billed as the first-ever saliva-based pregnancy tests.

The founders of Salignostics, the company behind the SaliCov kit COVID-19 tests and the Salistick pregnancy tests, are graduates of the Hebrew University’s Faculty of Dental Medicine who all dealt with various aspects of saliva during their doctoral studies.

“In that environment we thought about saliva diagnostics and how to take it to the next generation of IVD [in vitro diagnostics] products,” Guy Krief, co-founder, deputy CEO and director of business development of Salignostics, told Jewish Insider.

Founded in 2016, the Salignostics team observed that pregnancy tests were the most common tests in pharmacies, and set out to investigate how pregnancy could be detected via saliva instead of the common blood or urine tests.

In an initial experiment, the researchers added the β-hCG pregnancy hormone to samples of water, and blood and saliva from males (to be sure the samples were free from β-hCG); they found that only the saliva didn’t show up positive on commercial pregnancy tests. “That was an enigma because we just put it in so we knew it had β-hCG, and that was a key experiment which made us understand that saliva possesses a lot of information, but for some reason you can’t see it.”

Krief said there were dozens of reasons why the saliva samples didn’t test positive, one of which was related to the concentration of biomarkers in saliva. “The threshold of the lateral flow strips is limited to a certain concentration; if it’s below you cannot recognize it, so you need to increase the concentration,” he explained.

“That’s when we started all the developments, all the technologies, and today we have a toolbox of technologies which we can combine and optimize for any application,” Krief added. The technology, for example, can be used to detect malaria.

The Salignostics team had their toolbox ready to adapt for COVID-19 home tests, and did so within about a year.

The startup’s focus on COVID-19 delayed its progress with the Salistick, but it aims to start commercializing it early next year in Europe and in Israel. Krief also hopes it will have  approval from the U.S. Food and Drug Administration by the end of next year.

Salignostics says it is in advanced stages of receiving the European Union’s CE mark for Salistick and has completed its initial submission of the test kit to the FDA in the US. The company has successfully completed clinical trials in Israel on more than 300 women, both pregnant and not, and has completed thousands of analytical trials.

Like the SaliCov kit, Salistick comes individually wrapped for hygienic purposes and has a handheld applicator for collecting saliva. Once the sample is collected, which takes about one minute, the applicator is placed via a twist-and-click mechanism into the analyzing unit. The results are then displayed on the results window within 10 minutes, with two lines indicating a positive result, and one line a negative one.

The pregnancy tests have a 95% sensitivity rate when taken from the first day of a woman’s missed period. The company will make the results digitally available so they can be shared with loved ones via an app. The cost of the tests, Krief said, will be in the same range as the premium brands of the urine pregnancy tests such as Clear Blue and First Response.

The Salignostics team is displaying its product at the Medica 2021 exhibition in Düsseldorf, Germany, this week.

“As an industry, medical science must move forward,” Krief said. “By cracking the code to saliva, we are helping advance how medical professions can perform diagnoses and give individuals the power to make informed decisions about their own health and well-being. With Salistick, we hope to empower women by making the discovery of pregnancy more dignified and inclusive.”