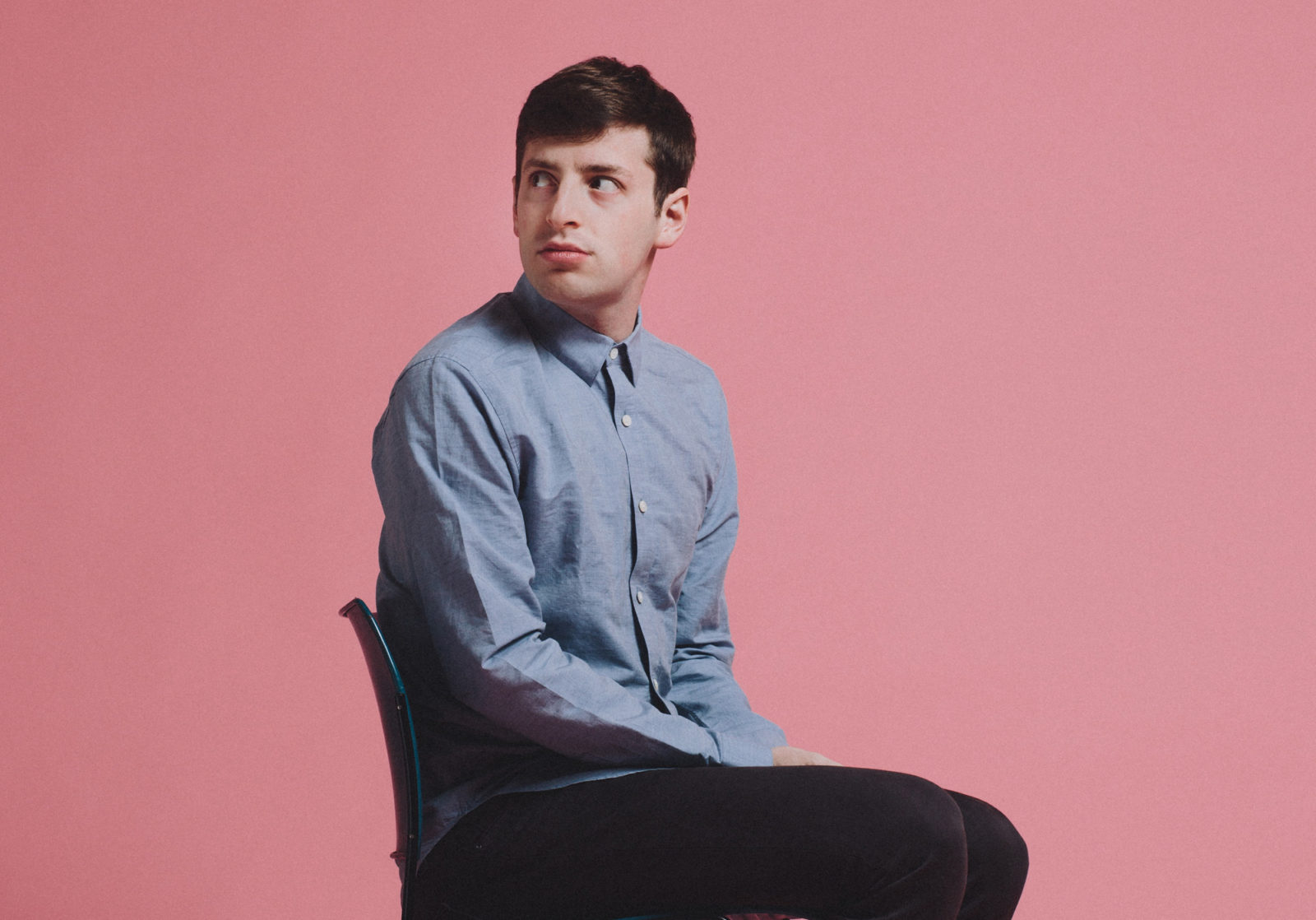 The comedian’s one-man show ‘Just For Us,’ based on a meeting of white supremacists, premieres Off-Broadway next month

Alex Edelman is a comedian who spends a lot of time doing one of the least funny activities imaginable: tracking down and reading antisemitic hate on Twitter, Gab and Telegram.

“The first time I saw it directed at me, I did cry. It was a bad day. I cried in the Apple store,” Edelman told Jewish Insider in a Zoom interview last week. His friend asked why he was crying. “I was like, ‘Just, you know, when is the iPhone 9 coming out?’”

And yet it’s this activity — lurking in virtual white supremacist spaces — that serves as the inspiration for Edelman’s latest production, a one-man show called “Just For Us,” which premieres Off-Broadway at the Cherry Lane Theatre in Manhattan. The show runs from Dec. 1-19.

“It’s never funny,” Edelman said of the antisemitism he has observed online. “Just because something is interesting doesn’t mean it’s great.” But, he added, “Comedy always comes from stuff that’s interesting to me… My Judaism is really interesting to me, and I’m also interested in the position that Jews occupy in the United States in the 21st century.”

“Just For Us,” produced by comedian Mike Birbiglia, is about a meeting of white supremacists that Edelman attended several years ago. “I used to say Nazi or neo-Nazi freewheelingly, and now I’m just like, ‘These are nerf Nazis.’ These guys are Nazis the way that people who fight each other in the park with, like, tinfoil swords are the Knights of the Round Table.”

The meeting did not feel especially dangerous for Edelman, but it did provide a useful window into some of the thinking behind the most extreme accounts he had been following on social media. “They’re very concerned with ‘white identity.’ They feel very strongly they should be allowed to celebrate it. They do believe that diversity is basically a genocide for them,” said Edelman. “They also blame the complacency of fellow white people,” which Edelman called the “spicy” part of the meeting.

“I’ve always been interested in places that are closed off to me,” explained Edelman, an Orthodox Jew. But, he said, “the show is really about me,” and not about the white supremacists he met. (Edelman has not seen “Long Shot,” the 2019 movie in which Seth Rogen plays a journalist who unsuccessfully goes undercover at a white supremacist meeting, before the organizers realize he is a Jewish reporter. “Weirdly, I sometimes pass [as not being Jewish],” Edelman said. “People in the past have said casually antisemitic things in front of me, and I’m always like, ‘You can’t read my… this is a Jewish person!’”

“Just for Us” premiered in 2018 at the Edinburgh Fringe Festival to positive reviews, and Edelman has also performed the show in Los Angeles, Melbourne, Montreal and elsewhere in New York. But the Cherry Lane show is his first time performing it since the pandemic, when Edelman brought his Judaism and his comedy together in a new way. He was the lead writer and executive producer of “Saturday Night Seder,” a virtual production that took place in the early weeks of the COVID-19 pandemic to raise money for the CDC Foundation, a nonprofit set up by Congress to support the Centers for Disease Control and Prevention. 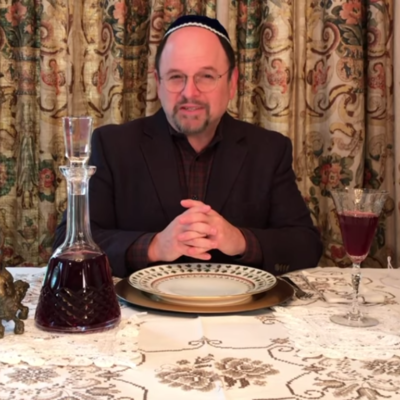 “‘Seder’ set us up in a really interesting way. It was right at the beginning of the pandemic, and there’s a bunch of really fascinating stuff happening,” said Edelman. “I helped rabbis prep for the High Holy Days, which was more rewarding and interesting than it should have been,” explaining that he led discussions with rabbis on how they could be engaging over Zoom. He has also since done fundraisers for Sharsheret, which works on breast cancer prevention and education; and on his BBC radio show, he used an episode to explore his Jewish identity.

Edelman has been doing stand-up since he was in high school, but his first and abiding love is sports — Boston sports, in particular. As a 14-year-old growing up in Brookline, Mass., he was hired by the Red Sox to write the Red Sox Kid Nation newsletter, a publication for young sports fans that was distributed by the team. (His brother AJ Edelman is an Olympic athlete who is working to put together Israel’s first-ever bobsled team for the 2022 Beijing Olympics.)

His love for the sport eventually landed Edelman one of his first professional gigs in the media world. “I was hired by this ad agency to make a series of videos on sports in American culture,” Edelman recalled. These short documentaries, commissioned by the State Department, were meant to provide light videos to people visiting consulates or other American diplomatic offices around the world. “It was stuff that plays in waiting rooms,” Edelman added.

In one nearly 10-year-old video, which Edelman shared with JI — ”I have not looked it up in years, oh my God” — the State Department’s special representative to Muslim communities discussed how high school sports serve as a unifier for Americans of different ethnic and faith backgrounds.

Edelman’s comedy is not distinctly focused on his Jewish identity. But he says his Judaism comes through because it’s a big part of his life. “If you have a really heavily Jewish interior life, then if you talk about it in any sort of honest way, it’s definitely gonna come out,” he said. “It’s not unintentional, but also, that’s not the only thing I talk about.”

“Comedy comes from tension. There’s a natural incongruity in living a life, in a modern world, that is focused on tradition, or living in a traditional world where you’d like to have a little bit of the aspects of modernity,” noted Edelman. “There’s a joke in my act about how I never tried bacon. I have tried cocaine, but I’ve never tried bacon. Something about that deals with this sort of funny incongruity between a modern world, with unusual electric fences for the people in it.”