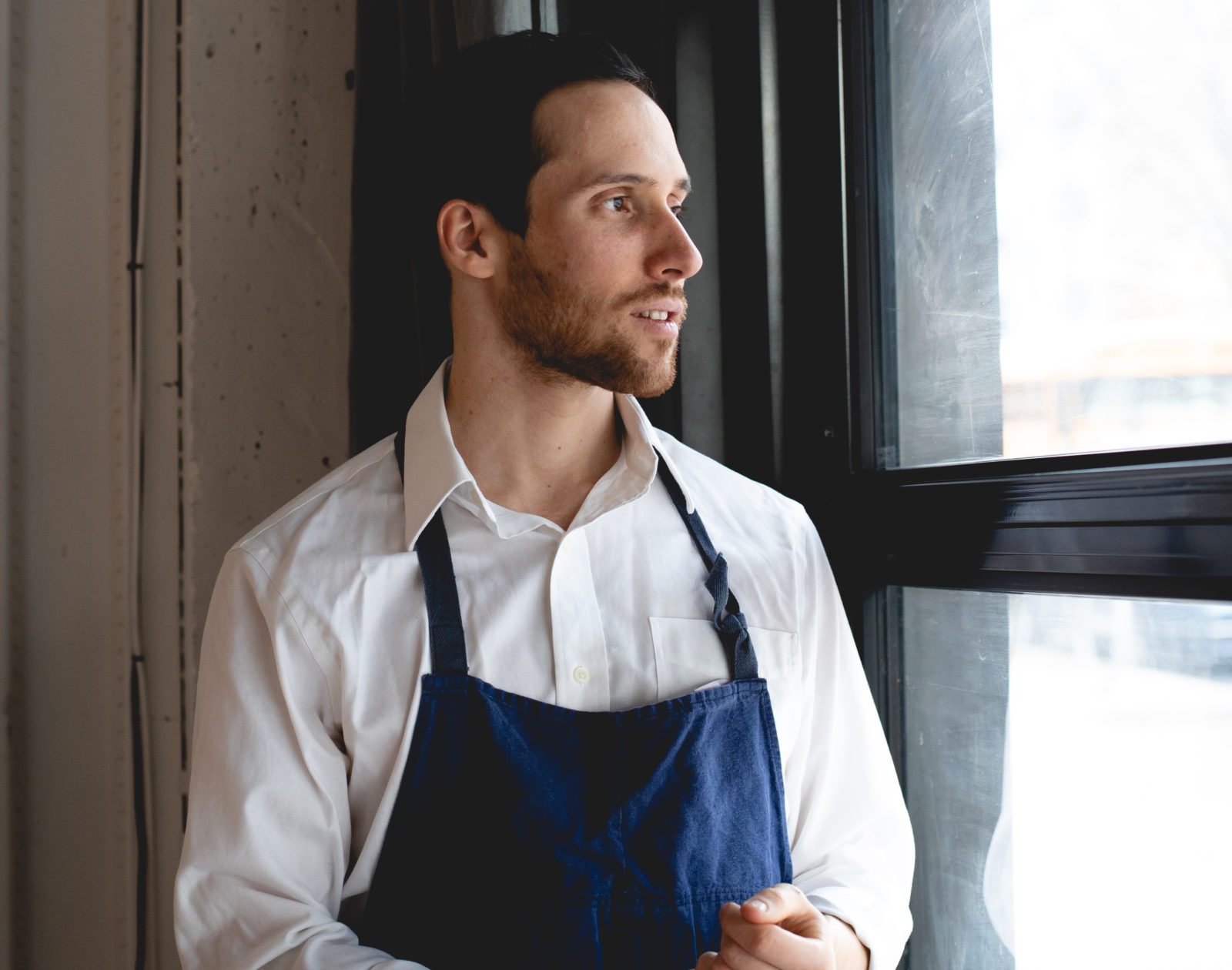 A nouvelle rugelach from the Best Damn Cookies guy

Just in time for Hanukkah, Dave Dreifus is honoring his Ashkenazi roots in every batch

For many people at the beginning of the pandemic, baking cookies, cakes and other treats was a coping mechanism — a sugary salve for the soul. For Dave Dreifus, it was a matter of professional survival.

The 29-year-old private chef, who lives in New York City, had recently found himself out of work last year when he turned to baked goods, churning out cookies from a friend’s restaurant in Williamsburg. “I was biking 30 miles a day selling chocolate chip cookies,” Dreifus recalled in a phone conversation with Jewish Insider on Tuesday.

Business has grown considerably since then. Best Damn Cookies, as the company is called, now operates out of a permanent storefront in the market line at Essex Market food hall on the Lower East Side, where Dreifus oversees production at a nearby commissary kitchen. He says he is making thousands of cookies a week, while shipping orders nationwide.

When he spoke with JI, Dreifus was on his way to the Brooklyn neighborhood of Bedford-Stuyvesant to pick up 30 pounds of chocolate. “A classic day,” he chuckled, “in the owning of a bakery.”

While Dreifus had previously done tours of duty at such Michelin-starred establishments as the French Laundry and SingleThread, Best Damn Cookies is, in many ways, a return to his roots: His paternal grandfather, Armin Dreifus, once ran a Jewish pastry shop, Stern’s, in the Brooklyn neighborhood of Midwood.

“It’s deeply personal,” Dreifus said. “He came to this country from Germany as a Holocaust survivor, and it’s just kind of in my blood to open up this bakery.”

Until recently, Dreifus had largely ignored his Ashkenazi culinary heritage, highlighting different cultures instead. “If people inquire and are interested, there’s deep meaning behind each one of our cookies,” he told JI, citing one collaboration with a local Mexican restaurant, Sobre Masa. “We use their roasted corn and cinnamon and chile de árbol to make this gluten-free pinole cookie.”

His latest offering, however, hits closer to home. “Every cookie that we’ve made has a story to tell, except the most recent one, which is rugelach, because that is my story,” Dreifus said. “This is the first one where, basically, I’m collaborating with myself.”

Just in time for Hanukkah, which begins Sunday at sundown, Dreifus unveiled his latest creation, as part of a limited initial run, earlier this week. “I want it to feel sexy and exclusive,” he told JI. “I want people to feel really proud to eat this, versus just like, ‘Ugh, it’s just rugelach.’”

Even for an old-fashioned Jewish pastry, his approach, as he described it, is somewhat high-toned. Call it Jewish fusion. “My grandpa traditionally used walnuts, golden raisins and cinnamon. I was like, ‘Walnuts, raisins … that’s basically charoset,’” Dreifus said, referring to the sweet, chunky mixture traditionally served at Passover Seders. “So I started making a charoset rugelach.”

For Dreifus, his foray into Jewish cuisine, particularly after years in fine dining, represents the answer to a question he has long been mulling. “It’s about finding my identity and how I feel,” he said. “I think most chefs grow up feeling this idea about, like, ‘What am I going to cook?’”

“To be frank, I felt a little like, ‘Am I going to make knishes?’” he said. “Like, ‘What am I going to make, Lipton soup mix, pot roasts?’ Which I love. But I don’t know if that’s necessarily what I want to do professionally.”

The rugelach, he suggested, is just the first step in a new direction, one that includes moving beyond cookies as he seeks to celebrate his past. “I’m an Ashkenazi Jew — German, Hungarian and Russian,” he said. “I have aspirations of opening up my own deli one day, named after my grandparents, Hannah and Armin Dreifus.”

The deli, which, he suggested, is likely a year or two in the future, will highlight “Central European food” through a “Jewish lens,” as he put it. “I have every intention of making this a reality,” he said, “of trying to push Ashkenazi cooking a bit further.”

“My family had very specific traditions, and I’d really like to show them in a little bit more of a microcosm, but also I have all these skills I’ve gotten from all these fancy restaurants, and I’d like to utilize them,” he said. “What’s the best way to showcase brine or mackerel, herring and pickles? Everybody freaks out about eating mackerel when you go to a Japanese restaurant, but maybe they’re a little bit more reserved when they go to Russ & Daughters.”

Persuading customers otherwise, he said, will take what he described as “a bit of chutzpah” and “a bit of pride.”

“What we have to offer is badass and amazing,” he said. “I don’t want us to feel timid by our food.”