‘I would certainly have been proud to have been born a Jew,’ Amess said in January 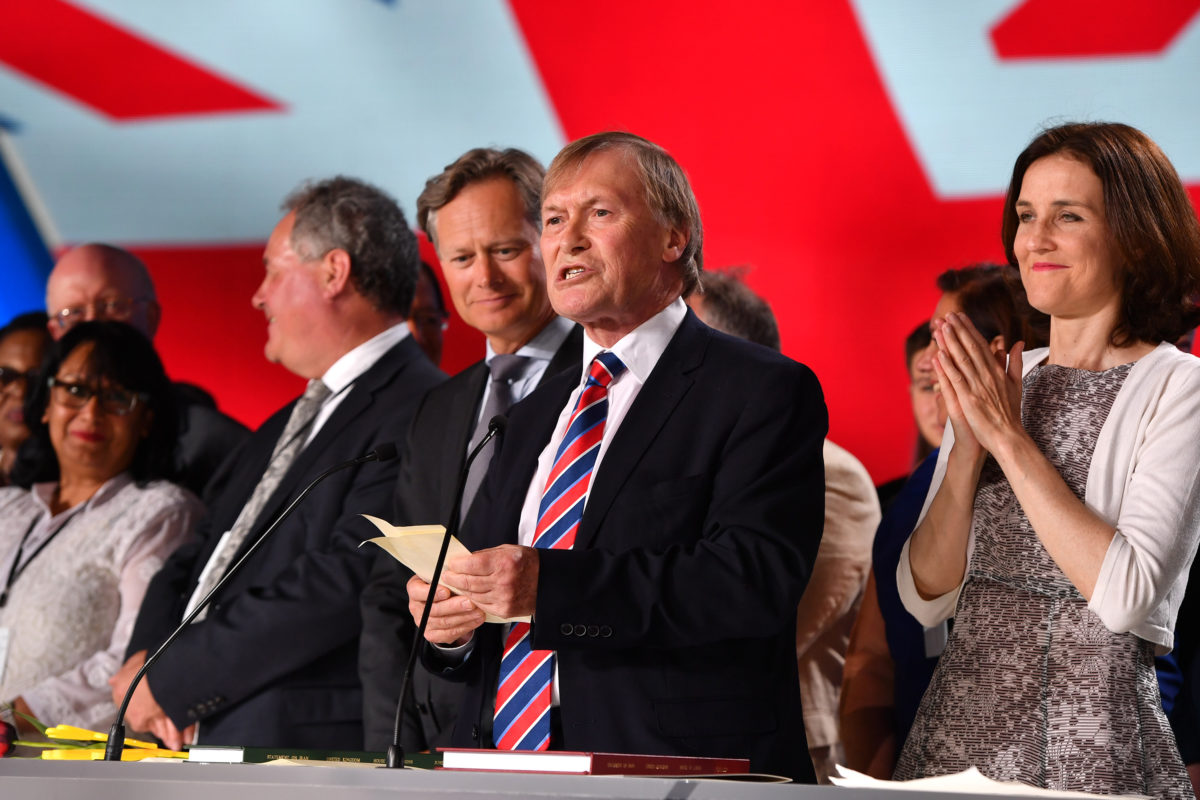 Sir David Amess, a member of British Parliament who was stabbed to death at a constituency meeting Friday, was known as a strong supporter of Israel and advocate for Holocaust remembrance.

In one of his most notable acts as an MP, Amess, 69, pushed for the funding of a statue in London of Raoul Wallenberg, the Swedish diplomat who saved thousands of Jews during the Holocaust. Speaking during the House of Commons Holocaust Remembrance debate in January, Amess called the unveiling of the statue outside the Western Marble Arch Synagogue in 1997 by Queen Elizabeth II and Israeli President Ezer Weizman “one of the proudest moments of my life.”

“Although I myself am not a Jew but a Catholic, there is Jewish blood in each and every one of us. I would certainly have been proud to have been born a Jew, and I stand shoulder to shoulder with our local Jewish community,” Amess said. “I simply do not understand and have never understood antisemitism. The most important lesson from the holocaust is that although we cannot police the world, it is simply not acceptable to stand by and do and say nothing when genocide happens.”

Amess, who also said he planted a tree at Yad Vashem during a visit to Israel, was a longtime member of the Conservatives Friends of Israel, a parliamentary group aligned with the Conservative Party, serving as the group’s parliamentarian for many years. In a statement, CFI called Amess “a hugely popular and respected MP and a great friend of Israel.”

Israeli Foreign Minister Yair Lapid echoed the sentiment on Twitter, writing “he always stood with the Jewish community and was a true friend of Israel.”