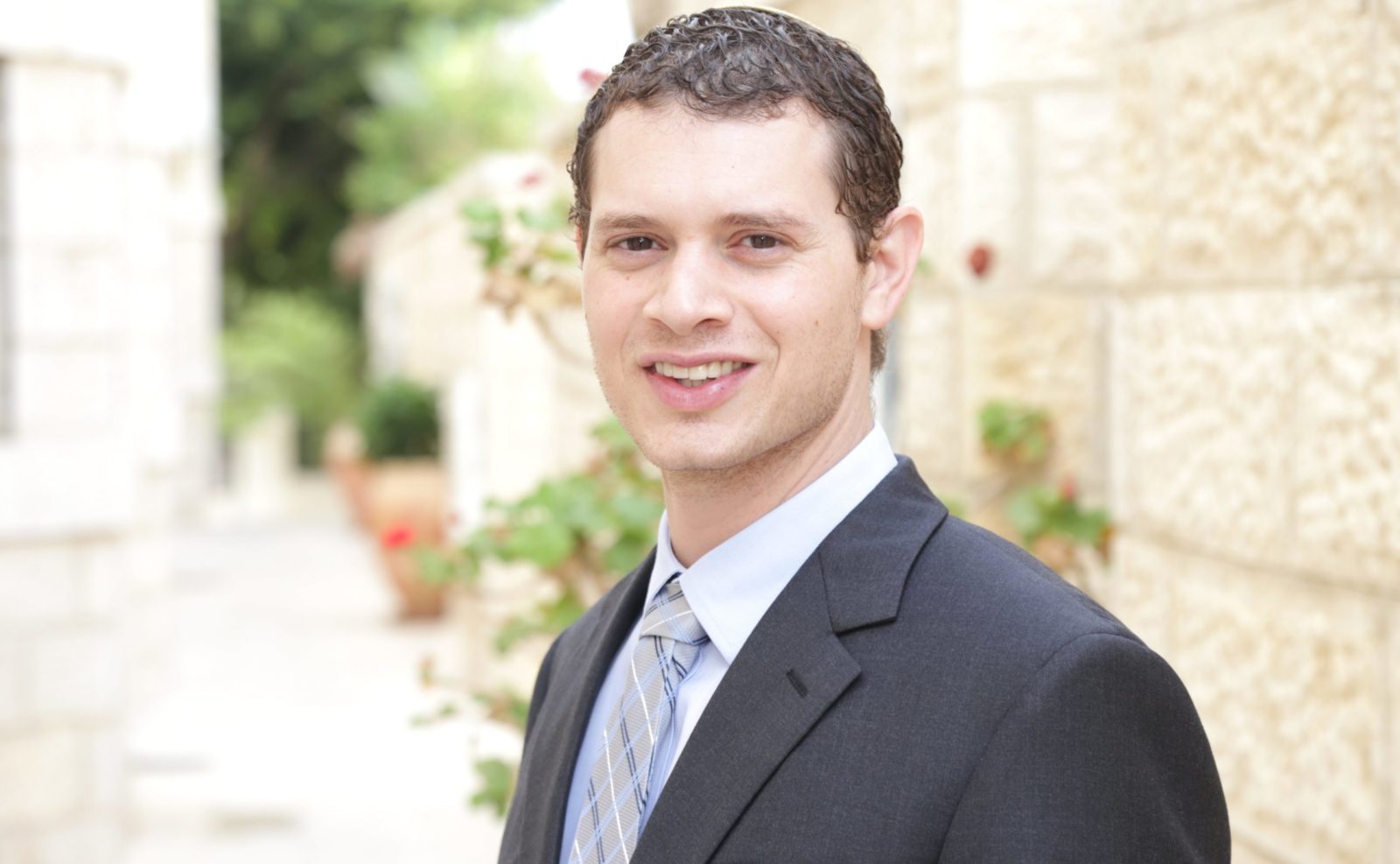 From politicians to people, how the Abraham Accords set in motion grassroots peacebuilding

For Asher Fredman, the historic signing of the Abraham Accords between Israel, Bahrain and the United Arab Emirates one year ago enabled him to put to the test a long-held belief of his: that peace would rise from the ground up, from bringing people together.

Having worked as chief of staff and international affairs advisor to then-Strategic Affairs Minister Gilad Erdan from 2017 to 2019, Fredman, 37, told Jewish Insider they often discussed the importance of people-to-people peace when meeting with heads of state around the world.

But until August 2020, when the Abraham Accords were announced, he had never had a conversation with anyone from the Gulf. At that moment Fredman, an American-Israeli, had the thought: “We have an incredible opportunity here to realize this idea we’ve been talking about, this vision that we’ve been discussing for years.” He immediately got to work, investing time and effort into building and developing connections between the three countries.

Over the past year he has created the Israeli-Emirati Forum, become a founding member of the UAE-Israel Business Council and served as the CEO of Gulf-Israel Green Ventures.

It all began with a Zoom meeting held on the heels of the August announcement. “The response was overwhelming from both sides,” Fredman recalled. A simple tweet was enough to get the word out, and people started reaching out to him.

Some 50 people participated in that first call, half of them Israeli and the other half a mix of Bahraini and Emirati. Fredman said he and his partners always ensure an equal balance between Israelis and residents of the Gulf partner countries to the Abraham Accords in their ongoing activities.

“There was incredible excitement on the call and people were just giddy with excitement about being able to do this,” Fredman said.

The next step was the formation of a Whatsapp group, which has been active ever since. Additional meetings and forums grew out of the initial call, and from there, Fredman founded the Israeli-Emirati Forum, which he says is the largest grassroots people-to-people forum of Israelis and Emiratis.

People use the forum to ask questions about each other’s society and culture, women’s rights, religion, economy and day-to-day life in general.

Over the past year, some 300 people involved in the forum have participated in the various calls and virtual and physical meetups, the latter held mostly in Dubai.

“I think that was very important because the Emiratis and Bahrainis had a lot of questions about things they read in the media and Israelis could explain how they saw the situation. It showed that the goal of creating a safe space for dialogue was successful even in difficult times,” Fredman told JI.

He received messages from concerned friends in Bahrain and the UAE while taking refuge in a bomb shelter when rockets fired from Gaza hit near Jerusalem, his hometown.

The forum is also useful for both moral and practical support. For example, Fredman told JI that some vocal Bahraini and Emirati supporters of the Abraham Accords have been attacked on social media; fellow forum members helped by reporting the online offenders to the social media giants.

After building understanding and developing friendships through the forum, Fredman decided to combine his passion for building bridges with another of his passions — the environment. In January, Gulf-Israel Green Ventures, of which Fredman is the CEO, was founded. The venture connects Israeli and Gulf green technologies, entrepreneurs, businesses and investors, aiming to build economic relationships that can lead to a more sustainable future.

“We face similar challenges in these areas with our environments and water scarcity. Our governments — the Israeli government, Bahraini government and Emirati government — have set ambitious goals for improving renewable energy, for decreasing their emissions, and it’s an issue that’s becoming increasingly important on the global agenda. So it’s important for us to be working together, combining our capabilities, our innovation and our strengths in order to produce solutions in this area,” Fredman said.

To date, Fredman’s focus in this field has mainly been on collaborations between Israel and the UAE, which he admires for its “remarkable” combination of vision and execution. The UAE is home to the world’s largest single solar farm, developed the region’s first carbon capture, utilization and storage facility and built the pioneering sustainable Masdar City in Abu Dhabi, the UAE’s capital city.

While the UAE made green building regulations mandatory a decade ago, Israel only did so this past March, Fredman pointed out.

On the other hand, he lauds Israel’s “cutting-edge innovation” in energy efficiency, low carbon mobility, water recycling, water reuse, water management and smart construction. “The level of innovation in Israel is very advanced. The UAE is doing a lot to develop its own eco startup system, but it’s still in its early stages,” he noted.

“Combining the innovation that we have in Israel and the vision and capabilities that they have in the UAE, is a recipe for doing incredible things for our countries, for the region and for the world,” Fredman said. “I think we will see some very exciting developments in the field of sustainability and green tech developed jointly between Israel and the UAE and those solutions can be applied around the region and in arid regions around the world.”

The UAE-Israel Business Council was established in June 2020, largely by people who had already been doing business in the Gulf and identified synergies and potential — even before the Abraham Accords were announced. Following the announcement, the platform really took off, and Fredman says it has been helpful for helping the two sides get to know one another.

“There is still a lot that needs to be learned on both sides in terms of business culture, business regulations, business opportunities,” he said.

One example he gives is that while Israeli startups are accustomed to getting foreign funding, Emiratis prefer that the companies they are supporting or doing business with have a presence in the UAE. “There were some misaligned expectations at the beginning and where it really does make good sense those expectations are becoming aligned and the Israelis are setting up operations in the UAE or hiring local people there — fitting into the way of doing business in the UAE,” Fredman told JI.

The council has held webinars on various topics, such as how to set up a company in the UAE, renewable energy, or most recently, about assisted technologies for people with disabilities.

It is bringing together people, institutions and leaders from both sides to present at these virtual events.

“It’s a way for people to learn and make connections,” said Fredman. “Via these webinars, newsletters, publications on social media channels and some direct introductions, the council has been both educating people about how to do business and helping them do business with one another.

“The UAE-Israel Business Council is a nonprofit venture but we believe that one of the ways to strengthen and ensure that peace lasts, and ensure that other countries see that peace with Israel is a positive thing, is by building the business and economic relations,“ Fredman said.

A true and lasting peace?

The Abraham Accords have been criticized by Palestinians and their supporters who argue that Arab countries should refrain from normalizing relations with Israel until the Israeli-Palestinian conflict is solved. They see the parties to the Accords as betraying the Palestinian cause.

But Fredman believes more and more Arab countries will develop their relations with Israel in the coming years. “I think that the model of mutually beneficial cooperation… without making that progress dependent on the Palestinians is the key to peace.”

He said that while Arab countries will maintain their support of the Palestinian people and a two-state solution, they will also see that normalization of relations with Israel can contribute to their commitment to economic prosperity, health, food security, tourism, security and cyber security, among other things.

“The position of the U.S. administration is also important,” said Fredman.

The Biden administration reportedly froze the Abraham Fund, which was established under former President Donald Trump to realize commitments in the Abraham Accords, Globes reported in July.

“The U.S. administration supports it diplomatically and on a soft level, but it’s not a top priority like it was for Trump,” under whom the Accords were signed, Fredman said. “The promise of extensive American investment and the weight of the American administration was certainly a factor.”

“What’s great is that the momentum exists, the dynamic is positive and already has a life of its own so we’ll see expansion and deepening of relations between Israel and Abraham Accords countries, but if the U.S. was pressing as hard as the previous administration did then we would see a faster pace —  but that’s just the nature of the politics,” he said.