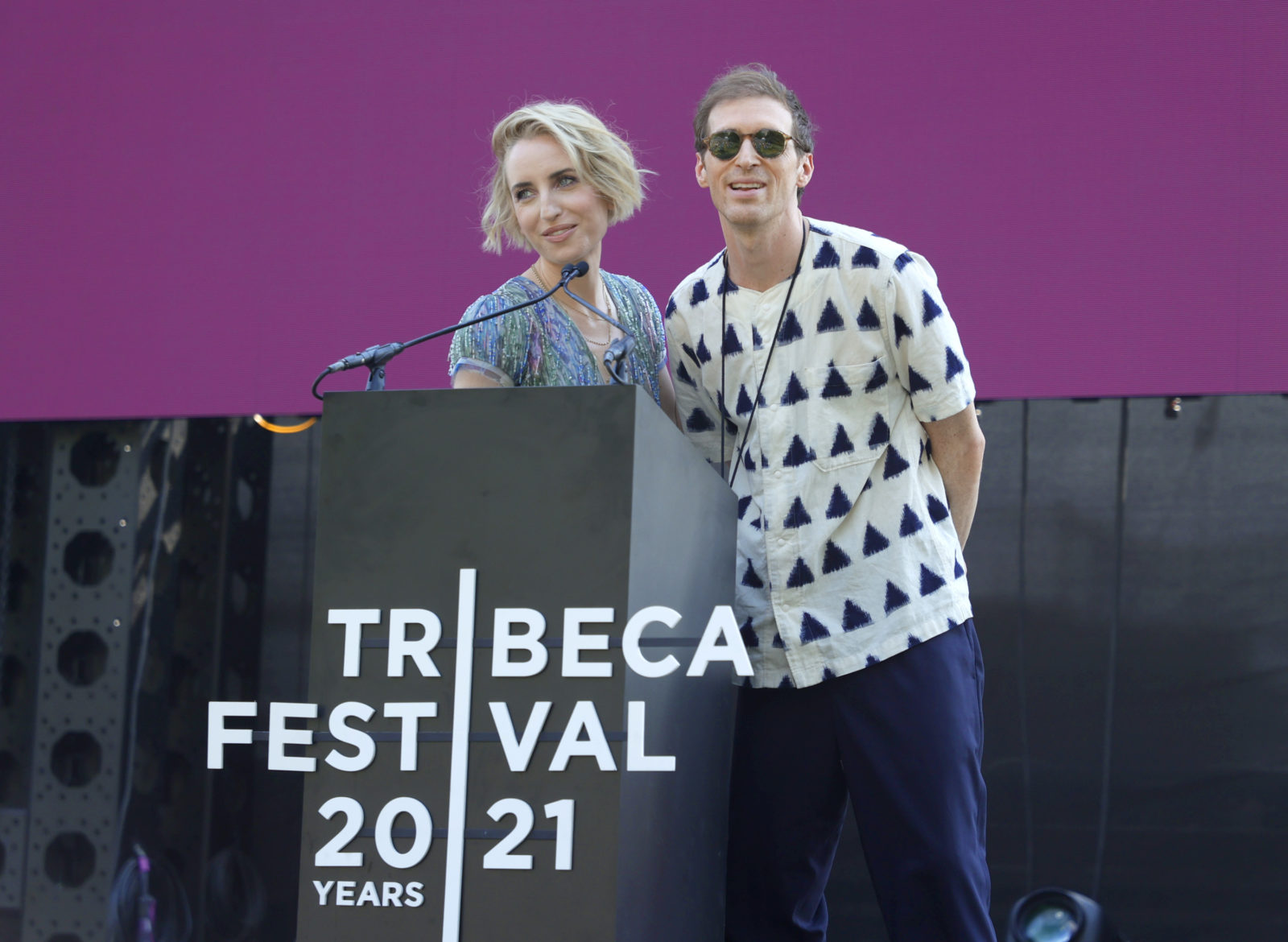 How the new movie ‘How It Ends’ began

When the pandemic forced people into their homes last spring, some took up hobbies like baking or biking.

Husband-and-wife writing duo Daryl Wein and Zoe Lister-Jones took up therapy. They used what they learned to co-write, produce and direct How It Ends, a comedy-drama about one woman’s last day on Earth before the planet is destroyed by a meteor. The movie comes to streaming services and select theaters on July 20.

“We had started to explore, like, the inner child in both of us — that was just something that we were tackling, and investigating, you know, early childhood stuff,” Wein told Jewish Insider. “We were like, ‘Alright, that’s interesting. What if we came up with a story that was an exploration of the self, selfhood, self-acceptance and overcoming one’s fears?’”

The movie centers on two characters, who are really the same person: Liza, played by Lister-Jones, and her “younger self,” played by “Mare of Easttown” star Cailee Spaeny. (Several big names have cameos, including Fred Armisen, Olivia Wilde, Nick Kroll and Bradley Whitford.)

Liza’s “younger self” follows Liza around, urging her to spend her last day making amends with friends and family and going to the last party on Earth. Along the way, they have a number of surprising and funny run-ins — Liza’s first kiss, walking around in only a Speedo bathing suit; her best friend, who predicts Liza will have an amazing afterlife; and a stranger who is searching the city for his girlfriend, who got lost on a romantic scavenger hunt he planned.

Liza and her younger self walk through an eerily empty Los Angeles, the result not of special Hollywood know-how or film permits but the pandemic — they filmed the movie with a bare-bones team (Wein shot the film himself) at a time when people were mostly staying home.

But despite the apocalypse theme and the quiet streets, Wein asserts that “How It Ends” is not a COVID-19 movie. “This was capturing a special moment in time. The streets of L.A. were empty, so [viewers will] understand that this was made during the last year,” he explained. “But I think it can function and exist on its own two feet.”

The wide-angle shots of Los Angeles, showing Lister-Jones and Spaeny walking on deserted streets alongside Italian cypress trees in the hills above the city, were not just an artistic choice. “We designed it around the circumstances of the pandemic, meaning we knew we had to shoot outside because it was just too difficult and unsafe to be inside at that time,” said Wein.

He and Lister-Jones knew from the start of the pandemic that they would use their time at home toward a creative pursuit. “We were, like everybody, freaking out, and just overwhelmed and sad and depressed, and trying to figure out really how to move forward as artists,” Wein recalled. “We were like, OK, we can take up a hobby while we sit inside for the next year, like bake sourdough bread like other friends were, or start pottery.’ Or we were like, ‘We can try and capture this amazing moment in time.’”

The pair have collaborated on several other movies through their production company Mister Lister Films, and “How It Ends” is not the first to take a page out of the duo’s lives. Their first film together, “Breaking Upwards” (2009), showed a couple — played by, of course, Wein and Lister-Jones — grappling with a stagnant relationship and opting to take up polyamory. The idea came from their own experiment with an open relationship, which did not work out for the pair.

Some of Wein’s other movies have touched on current events more overtly than “How It Ends,” including “Blueprint,” a 2017 drama about a police shooting. Following the recent violence in Israel, Wein said he would consider a project that relates to his Jewish roots: “Everything that was happening recently with Israel and Palestine brought up a lot of issues around antisemitism, and I’ll probably do some film about that at some point in the future,” he noted.

None of his films have touched on Judaism (though Lister-Jones’s character does refer to her cousin’s bat mitzvah in “How It Ends”), but Wein says his faith has played a role in his creative pursuits.

Wein grew up in Westport, Conn., a well-to-do suburb of New York City, where he was raised with a close connection to Judaism. “My Jewish upbringing was Reform but spiritual and family and community oriented,” Wein said. “My dad has a pretty strong relationship to the Holocaust and our ancestors who perished there.”

After high school, Wein left Connecticut to pursue filmmaking in New York. He and Lister-Jones met at the Tisch School of the Arts at N.Y.U., where both were students. Judaism remains a part of their lives.

“I have kind of a funny relationship to my faith,” explained Wein. “I feel like it serves me here and there, in that I feel like I belong to a community of like-minded individuals who are there for me, and that tradition is, I think, what matters the most to me, more than anything.”

“Even though my films aren’t about overtly Jewish topics or subjects, I feel like they have a Jewish soul to them,” he said, naming Woody Allen and the Coen Brothers as inspirations. “From an intellectual standpoint, I think I like to wrestle a lot with ideas in the same way that Jews tend to wrestle with big ideas and the Torah and in general … I think that the screenplays that I’ve written, or co-written are definitely intellectually based, in a way, or just highly analytical.”