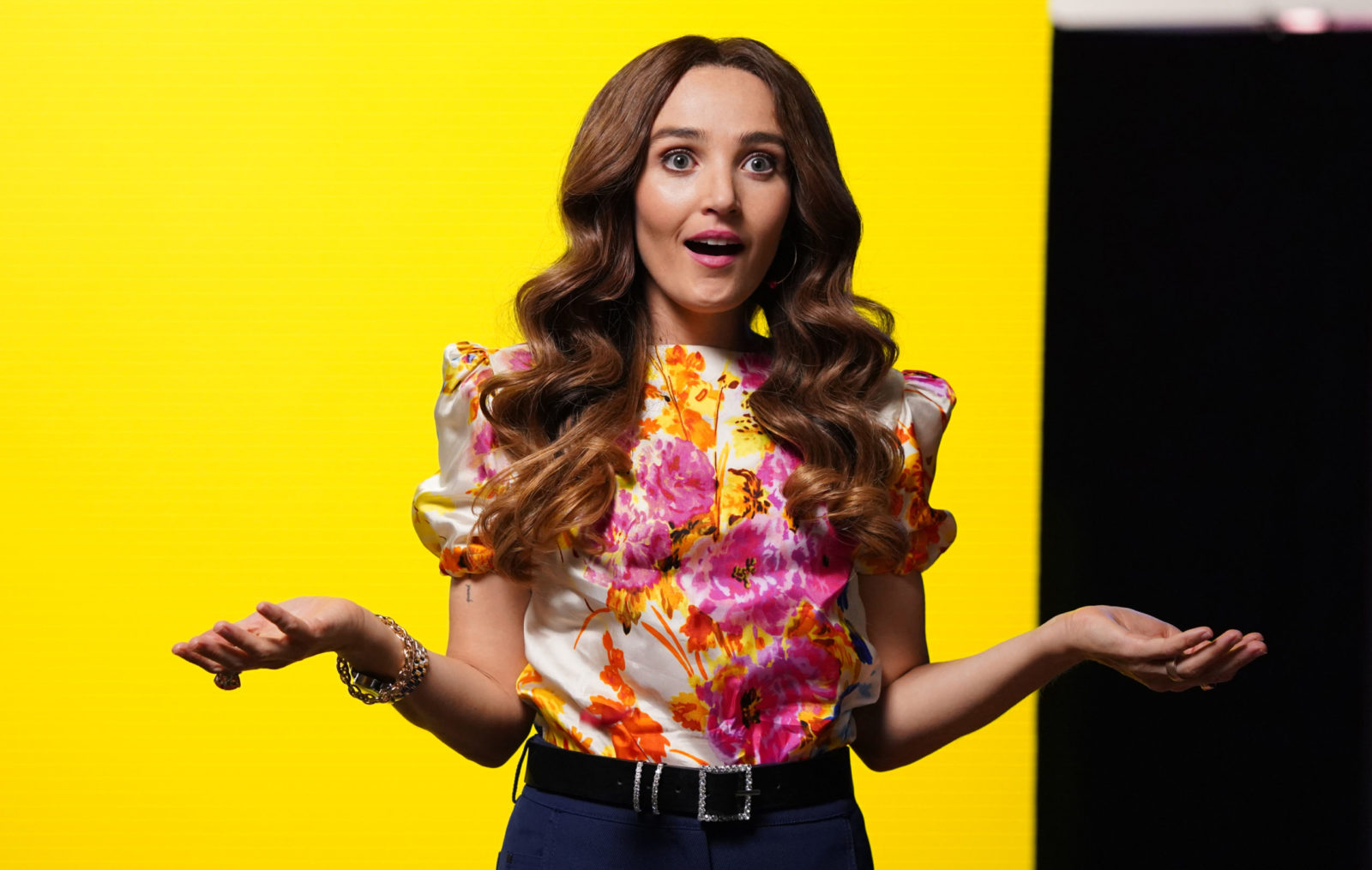 Since she joined the cast of Saturday Night Live last year, Chloe Fineman has gained a reputation as one of the show’s most promising new stars, thanks in large part to her uncanny impressions of such varied public figures as Timothée Chalamet, Drew Barrymore and Tiffany Trump. “I love an eccentric,” Fineman told Jewish Insider in a recent email exchange. The 32-year-old Bay Area native dished on her favorite Jewish comedians, revealed her Hanukkah plans and hinted at some of the caricatures she currently has in the works.

The interview has been edited for clarity.

Jewish Insider: You’ve previously talked about growing up in a “loud Jewish family.” Care to elaborate on what that was like and how it influenced you as a comic?

Chloe Fineman: Yes! I had a really hilarious and artistic grandmother who would ask me to recite The Vagina Monologues at the dinner table — so that sort of set the tone for how unfiltered my family was growing up in the San Francisco Bay Area. Then I was lucky to be surrounded by really funny Jewish girls in elementary school and at Camp Kee Tov [in Berkeley, Calif.], where we all went on to become counselors. So much of being “cool” was making people laugh, and I was lucky that sketch comedy, a.k.a. kumzits, was such a focus at camp. We’d watch a lot of “Best of SNL” on VHS and would dress up as businessmen on sleepovers. We definitely were free to be weird and uninhibited growing up.

JI: Is there anything in particular about Jewish humor that you think is unique?

Fineman: I guess finding the funny in all situations — and certainly the dark ones. My grandma would always say our family has “the ego of opera singers without the talent,” and that always made me laugh. Or my dad’s “dress British think Yiddish,” which is an insane motto. He wears an ascot; it’s a whole thing. And I think my friends and immediate family are expert at finding humor in anything serious or crappy — currently on a hilarious text thread about freezing our eggs…

JI: Who are your favorite Jewish comedians?

Fineman: I worshiped Sacha Baron Cohen and The Lonely Island in high school — especially since [the latter] are from Berkeley, Calif., where I grew up. Same with other Bay Area Jews like Moshe Kasher and Chelsea Peretti. Amy Schumer is a genius. Jenny Slate. Honestly, growing up was a lot of googling “is so and so Jewish?” And usually the answer was “no,” but I’m happy that we have so many more Jewish ladies making a mark. And Kate Berlant and Jacqueline Novak! Highly recommend “POOG,” their podcast.

JI: Any impressions in the works that you’re at liberty to reveal?

Fineman: Gosh, certainly been struggling with some famous men. Sometimes my voice just won’t go low enough. Harry Styles was a nightmare. Have wigs for “The Queen’s Gambit,” “The Crown,” Grimes and Miley Cyrus currently buried in my closet.

JI: How do you decide which impressions you’ll take on?

Fineman: Usually it’s someone my friends are talking about. I look at The Cut a lot to see sort of who is current and of the moment. And other ones are just for me — I love an eccentric.

JI: Is it nerve-wracking doing the show during the pandemic? Does it feel safe?

Fineman: It feels… too safe. We have so much testing and so many COVID regulations and people who make sure we aren’t hugging. The only challenge is no hugging. I’m a hugger!

JI: Has it brought you closer with your colleagues?

Fineman: We certainly FaceTime now, which is a new level of closeness. And the Zooming is kind of intimate because you get a glimpse into people’s living rooms.

JI: Do you miss the post-show parties SNL is famous for?

Fineman: I do, but going home at 1:30 is kind of lovely. And my dog certainly likes me home at a reasonable hour.

JI: What are you doing for Hanukkah? Are you planning to make latkes?

Fineman: I will as soon as I’m back in San Francisco. My kitchen is smaller than most bathrooms. But I’ve had some really nice candle-lighting FaceTimes with friends. I always find it so cool that, even if they are newer friends from different parts of the country, we still know the same songs and prayers. It’s special.