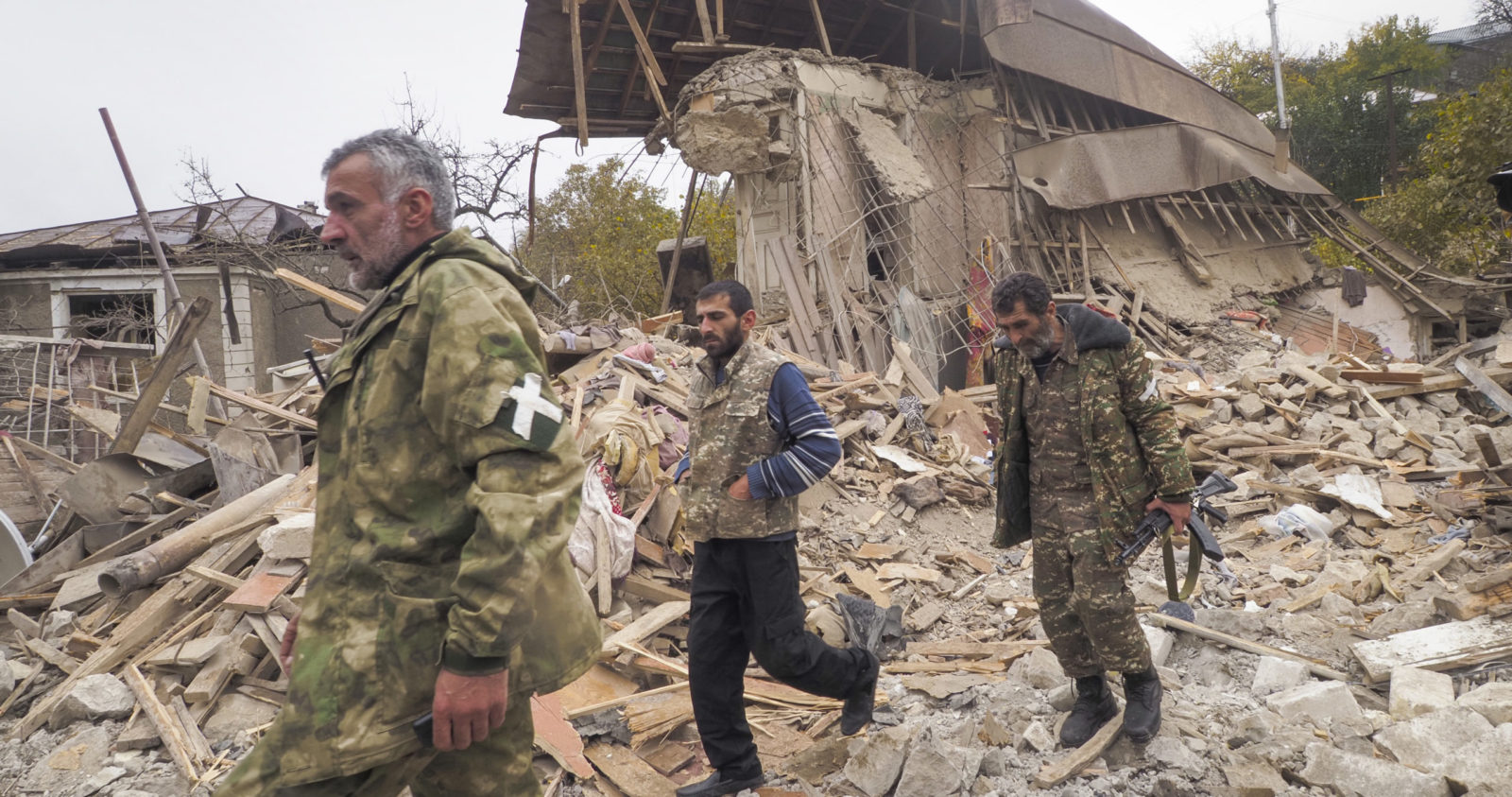 Israel is a key supplier of drones and other weaponry to Azerbaijan, which reached a cease-fire deal with Armenia this week

A bloody six-week conflict between Azerbaijan and Armenia over control of the disputed Nagorno-Karabakh region came to an end Tuesday with a deal brokered by the Russian government, which deployed its own peacekeepers and transferred control of much of the territory to Azerbaijan.

The brief conflict highlighted the significant, if below-the-radar, role Israel plays in Azerbaijan’s military policy, and strained the Armenian-Israeli relationship to such a degree that Armenia recalled its ambassador to Israel.

The conflict between the two South Caucasus nations over the disputed territory of Nagorno-Karabakh has been ongoing for decades. The territory is primarily populated and controlled by ethnic Armenians, but is internationally recognized as part of Azerbaijan. In the most recent conflict, Azerbaijan reclaimed territory that was internationally recognized as part of Azerbaijan but had been controlled by Armenia since the early 1990s.

Svante Cornell, director of the Institute for Security and Development Policy, told Jewish Insider that the latest fighting came from the confluence of multiple factors, including Azeri frustration with a lack of progress in negotiations, increased Turkish backing for Azerbaijan and new Armenian leadership, which pulled out of peace talks.

Speaking to JI in the weeks before the peace agreement, both Azerbaijan and Armenia’s ambassadors to the United States blamed the other country for the conflict.

“At no point has Azerbaijan attacked Armenia. We have never crossed anybody’s borders. This is all within Azerbaijani internationally recognized territory,” Azerbaijani Ambassador Elin Suleymanov told JI in late October. “We’re doing self-defense, we’re not attacking anybody.”

“Nagorno-Karabah has been attacked and is subject to aggression by Azerbaijan, Turkey and jihadist terrorists,” Armenian Ambassador Varuzhan Nersesyan told JI in early November, adding that Azerbaijan’s actions amounted to “state-sponsored terrorism.”

Suleymanov denied media reports that Azerbaijan deployed Syrian mercenaries or  that the Turkish military was directly involved in the conflict.

Israel is one of Azerbaijan’s three most consistent allies, alongside Turkey and Pakistan, and consequently played an outsized role in the conflict.

The relationship between Israel and Azerbaijan traces back to the once-close alliance between Turkey and Israel, according to Cornell, and has persisted despite the breakdown of ties between Ankara and Jerusalem. Azerbaijan is also a major oil supplier for the Jewish state.

Armenia, meanwhile, receives support from Russia and Iran, the latter of which it shares a border with.

Israel sees Azerbaijan as an important ally because it is a non-Arab, secular Muslim country with a largely-positive relationship with the Jewish community, Cornell told JI.

Suleymanov echoed that sentiment. “[The relationship is] based on several things. One, the most important thing, is of course the relationship between Azerbaijan and the Jewish people. Azerbaijan has one of the largest Jewish communities in the Muslim world,” the ambassador said.

The Jewish presence in present-day Azerbaijan extends back to the 7th century, and Jews have played significant roles in the country’s military history and government.

“There’s this unique experience which precedes the independence of both the State of Israel and the Republic of Azerbaijan,” Suleymanov continued.

“I have publicly said this and I’ll say it again: Azerbaijan is in so many ways a model of interethnic and interfaith not only tolerance but true affection – true affection between its Muslim majority and its Christian community and its Jewish community,” he said.

While Turkey is Azerbaijan’s top supplier of military equipment, Azerbaijan also purchases some weapons from Israel, including the Harop “suicide drones” — unmanned aerial vehicles packing a warhead that can be used as a bomb or missile — that Azerbaijan used in the most recent conflict in Nagorno-Karabakh.

The Harop is a more versatile weapon than a standard missile because it can remain airborne until a target is identified, or return to base and be re-used later if a target cannot be found, Sebastien Roblin, a freelance journalist specializing in international security, told JI. It can also pack a larger payload than a standalone missile launched from a drone, enabling it to destroy larger targets, he explained.

Roblin said that Azeri forces used dozens of the drones during the latest conflict, particularly to target tanks and air defenses.

Azerbaijan has also been using other types of Israeli-manufactured weaponry.

“The unmanned systems are the ones that are sort of driving the shape of the current conflict, that and artillery, rockets.” Roblin said. “In both cases, Israel has contributed to Azerbaijan’s technical edge and its ability to change the balance of power in that conflict.”

“What we do with precision military targets and having a superior technology, including the precision technology, allows us to save lives, because that brings collateral civilian damage and death to [a] minimum,” he argued.

Armenia withdrew its ambassador from Israel in early October in protest of the arms sales. Nersesyan added that the weapons have destroyed civilian targets as well as military ones. He told JI the drones, including the Harop, “make a difference in the battlefield.”

“We have been asking the Israeli side not to sell these deadly weapons to Azerbaijan or to consider stopping them, because Armenian and Jewish people… know what is the impact of the persecution, of genocide and of the determination of certain other sides to exterminate our nations,” Nersesyan said.

In Los Angeles, which has one of the largest Armenian expat populations in the world, members of the community staged a protest outside the Israeli consulate last month, with at least one protester holding a sign saying that “Israel is complicit in war crimes and genocide” and “You are not any better than the Nazi Germany!”

During the latest conflict, U.S. lawmakers have largely sided with Armenia, with circulating Senate resolutions calling for investigations into Azerbaijan and Turkey’s actions in the conflict — including whether Turkey used U.S.-built F-16 fighter jets to commit human rights violations. Other resolutions call for an end to those two countries’ military actions and international recognition for the Republic of Artsakh.

In remarks in the House on Oct. 23, before the peace deal was signed, Rep. Adam Schiff (D-CA), who co-sponsored a resolution calling for international recognition for Artsakh, accused Azerbaijan and Turkey of possible war crimes.

“The Armenian people are the grandchildren and great-grandchildren of the genocide perpetrated a century ago by the Ottoman Empire, and the words and deeds of Erdogan and Aliyev today call to mind the crimes of 100 years ago,” said Schiff, who represents the district with the largest Armenian population in the country. “If they persist in this violence, we must recognize the Republic of Artsakh as an independent nation. Doing so would send the strongest possible message that we will not allow border disputes to be settled by the indiscriminate and devastating use of force against civilian populations.”