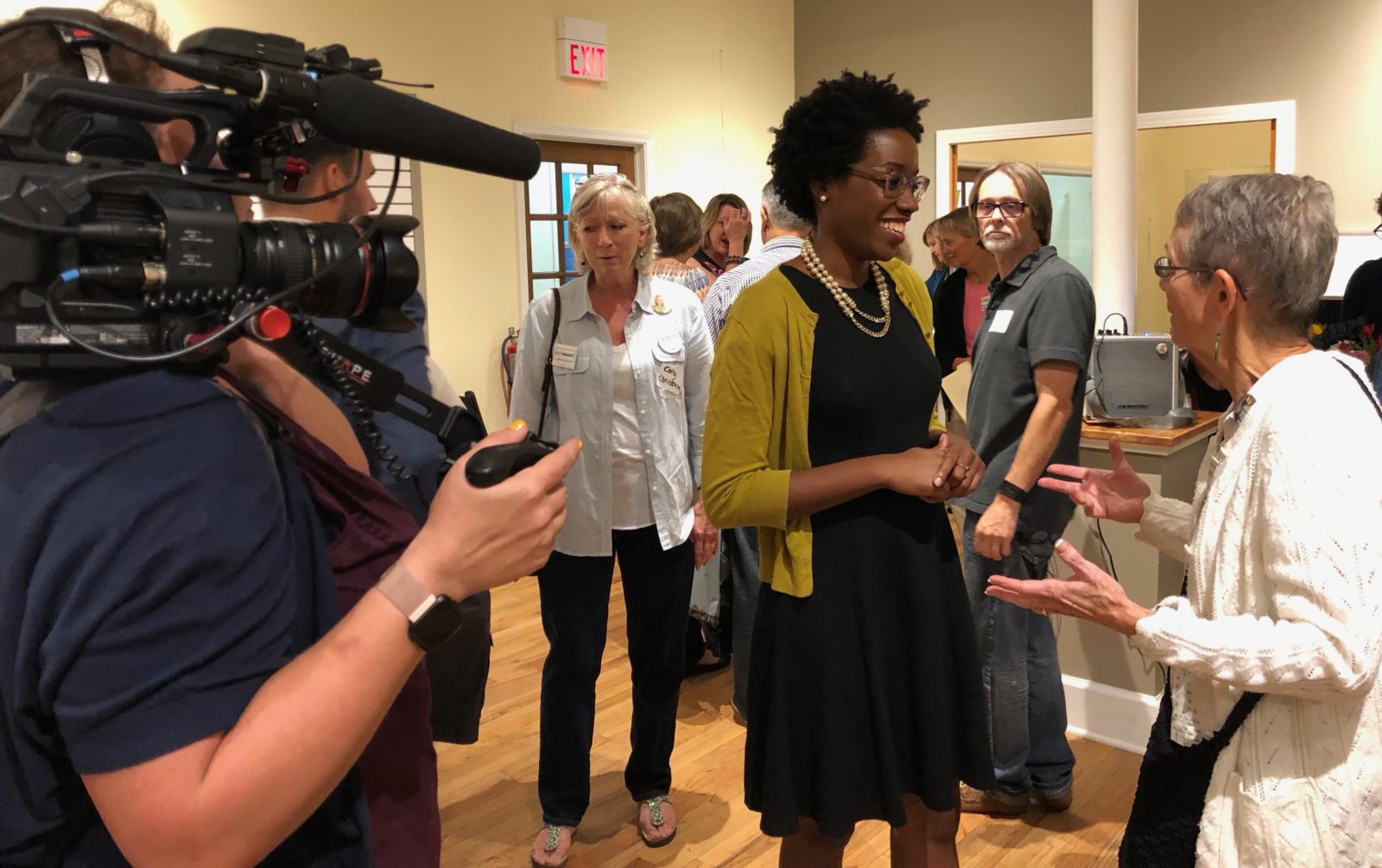 Is it a moment or a movement?

That is the question filmmakers Wendy Sachs and Hannah Rosenzweig seek to answer in their new movie, “Surge,” which follows three first-time female politicians — all Democrats trying to flip Republican-held districts — who ran for Congress in 2018. A record number of women in America ran for — and won — political office two years ago. But will history repeat itself this November?

Sachs said that four years after President Donald Trump was elected, and two years after a record number of women were sworn in to Congress, “this movement is definitely not a moment… but we need to keep up the work,” she said. “We need to continue moving forward, we need to continue the activism on the ground and having women run for office and having women support women running for office.”

“Surge,” which premiered on Showtime last month and was released on Amazon and iTunes this week, spotlights congressional candidates Liz Watson in Indiana, Jana Lynne Sanchez in Texas and Lauren Underwood in Illinois. Sachs and Rosenzweig filmed for two-and-half years, following the three women from their decision to run, through their tough primary battles and all the way up to their nail-biting election nights.

“We were looking to cast a really diverse group of women who are running for office, and women who were representative of the surge,” said Sachs. “Women who weren’t your typical candidates, women who didn’t come from that typical traditional background of who America thinks a candidate for Congress is.” The filmmakers decided to focus on women not running on either coast, “and who were relatable characters. We had a woman in her 30s, a woman in her 40s, and a woman in her 50s.”

When they first set out to make the film, Sachs said, they thought they would include both Republican and Democratic women running for office. But, she said, “as the story unfolded over those years of filming, it was very clear that it was a blue wave that was happening. In fact, Republican women were told not to run in 2018, they were told to stand down,” Sachs claimed. A record number of women ran for Congress in 2018 — 476 — and a record high were elected: 102. But only 120 of the women running were Republicans, as were just 13 of those who won their races. Only one — Rep. Carol Miller (R-WV) — was newly elected in 2018.

Sachs and Rosenzweig began filming on the ground in Texas, Indiana and Illinois before they knew if the women would win their primaries, let alone if any would emerge victorious in November. Ultimately just one of the three candidates — Underwood — won her race, beating four-term Republican incumbent Rep. Randy Hultgren (R-IL) and becoming the youngest black woman ever elected to Congress.

“I don’t know if we would have been able to sell the film, quite honestly… if we didn’t have a winner,” said Sachs. “Lauren on election night is so incredibly compelling and emotional, and you’re just smiling all through that last half hour.”

But the stories of Watson and Sanchez, she said, “are the ones that often are sticking with people, because people feel like they fought the fight, and moved the needle so far — everyone was really cheering for those women.”

The all-female team behind the film includes Katie Couric as an advisor and Alyssa Milano as an executive producer.

“Everyone — all of our cinematographers, they were all women, it was literally shot through a female lens,” Sachs said. “It was really important to us.”

Sachs and Rosenzweig are both Jewish, as is Watson, the candidate in Indiana. Sachs cited her Jewish values as a driving force behind making this film.

This year, the record of female candidates running for the House of Representatives was shattered once again, with 584 women filing election paperwork for the 2020 cycle. And this time around, 227 are Republicans, close to double the figure seen in 2018. Sachs said of the many first-time female House candidates this year, she has her eye on Desiree Tims, a Democrat running against nine-term Republican incumbent Rep. Mike Turner (R-OH).

And Sachs is hoping the film will highlight not just female candidates, but female campaign staff, political operatives and voters.

“We want to get as many eyeballs as we can on the film, because we think that this film is really about galvanizing the critical female vote for 2020,” she said. “So we need to make sure no one’s on the sidelines, and everyone gets really inspired to go vote.”