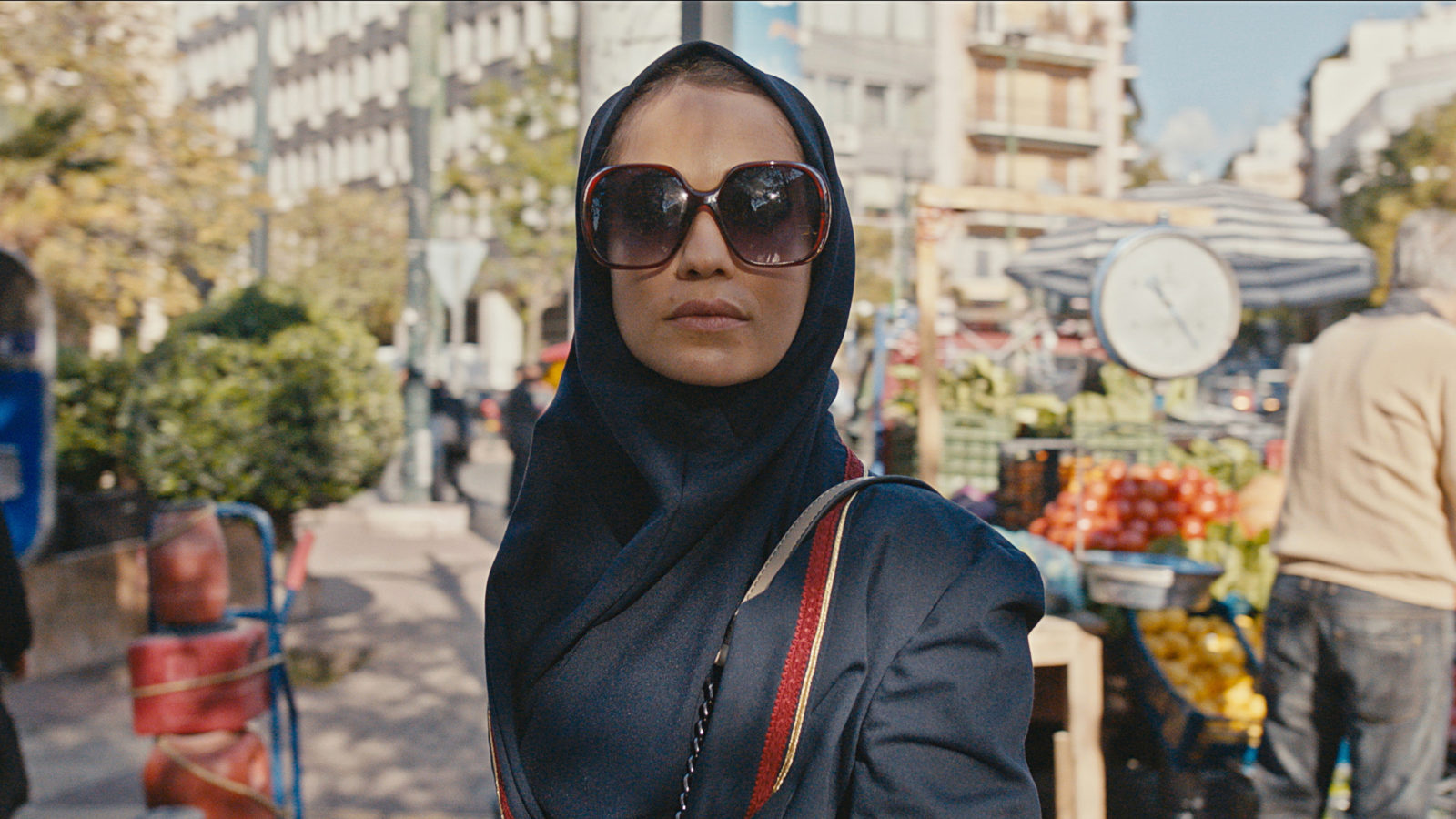 Behind the scenes of Apple TV’s new Israeli thriller ‘Tehran’

Deep in the heart of Tehran, a Mossad agent works against the clock to carry out a top-secret mission aimed at paving the way for an IDF airstrike against an Iranian nuclear reactor.

For once, this isn’t a story ripped from the headlines. Rather, it’s the plot of “Tehran,” an Israeli-Iranian espionage thriller coming to Apple TV+ this week after a successful run in Israel. The first three episodes of the show — which hit airwaves in Israel in June — will arrive on the streaming platform on Friday, with the remaining five installments released weekly.

In the show, the streets of Tehran are actually in Athens, the Iranian-born Mossad agent is an Israeli actress with Moroccan heritage and the Iranian Revolutionary Guard henchman is played by a Jewish-Iranian expat living in Los Angeles. And that dissonance perfectly personifies the fast-paced new thriller, which blurs the traditional lines of good guys and bad guys and works to humanize the very enemy people have been conditioned to hate.

Actress Niv Sultan plays Tamar Rabinyan, an Iranian native who immigrated to Israel with her family as a child. A computer hacker with the Mossad, Tamar sneaks into Tehran for a top-secret operation that goes horribly wrong. The show, filmed in Farsi, Hebrew and English, follows Tamar as she is stuck in Tehran, racing against both the clock and the enemy to carry out her mission without being caught.

“I think one of the most beautiful things about this series, in my opinion, is that it tries to show both sides without favoring any of them,” Sultan, 28, told Jewish Insider in a recent interview from Tel Aviv. “As a viewer, your feelings are constantly changing every episode, you can relate to both sides. And you can also hate both sides.”

That dichotomy was a core tenet of the show, said Moshe Zonder, the show’s co-creator and co-writer. Zonder — who served as a head writer on the first season of “Fauda” — spent five years researching and writing “Tehran,” working to bring to the screen a show that humanizes “our worst enemy.”

“People are complicated in every nation, and every tribe has its own narratives,” he told JI. “For many years I desired to write about Tehran and the Ayatollah regime,” and to explore the people and the culture of the nation considered Israel’s biggest foe.

And while the nail-biting series centers around espionage, hacking, evasion and violence, for Zonder, the series is about so much more. “The show is about identity, nationality and the importance of your roots and your family,” he said. “From day one it was not a show of good guys against bad guys,” Zonder said. “Israel is not a good guy and Iran is not the bad guy.”

Zonder, who got his start as a journalist before becoming an author and screenwriter, said he wanted the show to reflect the rich reality of life in Tehran, a city he regretted being unable to visit.

“It’s not good against bad, because that’s not what reality is like,” he said. “People are complicated characters. And it was not a problem for us for a minute, not to portray Israel as good and Iran as bad — the opposite. It was challenging and interesting and we knew it was the right way to do it.”

While Sultan is cast in the starring role, she shares the spotlight with seasoned actors including Navid Negahban (“24,” “Homeland”), Menashe Noy (“Gett,” “Our Boys”) and Shaun Toub (“Homeland,” “Iron Man,” “Crash”).

Toub, a Jewish native of Iran who now lives in Los Angeles, portrays Faraz Kamali, the head of internal investigations with the Iranian Revolutionary Guard Corps, who is hot on the trail of Tamar. Toub said he was particularly drawn to Faraz because he was a “multi-dimensional character… one-dimensional characters really bore me.”

With Faraz, he said, “you see the humanity in him. You see how he is able to juggle life and the love of country and the love of his wife and his family,” Toub, 57, told JI from his home in Los Angeles. “You see the complexity of the character and the struggles that he has — like anyone else. And I think that’s why people are actually attracted to this character, everyone who has seen it, the Iranians and Israelis. There’s a lot of love for the character, because they see the humanity in him.”

For three months starting late last year, the streets of Athens were transformed into downtown Tehran, and a diverse cast and crew of Israelis, Iranians, Greeks and more descended on the set of the show.

Toub said he was amazed at how much the crew was able to transform Greece into his native Tehran. “They did an incredible job,” he said. “All the Iranians who have seen the show, they are quite impressed at how they got the essence of Tehran.”

Zonder said the Iranians who were part of the production “came from all over the world, they came from Los Angeles, London, Brussels,” and included “Iranian immigrants who came to Greece to find work.” The co-creator said one scene that features Iranian Revolutionary Guards officers beating up protesters became so real for a young Iranian actress “that she had a panic attack, and we had to stop filming.”

For several months before shooting began, Sultan was immersed in intensive Farsi lessons in order to convincingly play Tamar — something she said was harder than anticipated.

“It was so challenging,” she told JI. “The pronunciation — it’s so different from Hebrew and different from Arabic,” which she was exposed to at home since her dad is a native of Morocco. “I thought, ‘oh it’s probably going to be similar’ — but it has nothing to do with Hebrew or Arabic.”

Sultan said while she worked to “immerse myself in the whole Iranian culture,” she didn’t study or research the actions of Mossad agents, since her character is relatively young and new to the profession. “This is her first mission that she’s sent to,” Sultan said of Tamar. “I wanted to keep her fresh, I wanted to keep her new, I was really afraid of being the cliche of another Mossad agent.”

Despite the physical challenges of the role, and the intensity of filming — almost entirely at night — for three months in Athens, Sultan said that “as an actress, this is the type of role that I dreamed of.”

In addition to Farsi, she brushed up on her English for the show, which was her first time filming not in her native Hebrew. “It was so weird for me, I couldn’t hear myself at the beginning,” she said of filming scenes in English. But after working on her pronunciation and aiming to match her level of English to her character, “I live with my accent in peace.”

And English was a common language for many on the set, which brought together a virtual melting pot of identities and expats. And the vibe on set, the actors said, was incredibly harmonious despite the many disparities.

“There were so many languages on set and it was so, so special because we were so different, but also, at the end, the same,” said Sultan. “We have the same dreams and so many things in common, and we just put everything aside and focused on telling the story in the best way that we can.”

Toub agreed that his time on set was “really one of the best experiences” in his 30-year career in the film industry. “People are just people, and artists generally are always very cordial,” he said. “We had Israelis, we had Iranians, we had a lot of Greeks as well… nobody really felt any” tension.

Everybody on set, Sultan added, was working toward the same goal. “Everyone was so on board and everyone was putting their hearts into this project,” she said, “because everyone wanted the story to be told in the best way.”

After several years of working on the series, Zonder and his co-creators Dana Eden and Maor Kohn successfully pitched the show to Israeli public broadcaster KAN, which reportedly spent more than 8 million shekels to produce the show. Before filming began, distribution network Cineflix came on board, and the company later helped broker the sale of the show to Apple, which bought the series for a reported $1.5 million per episode.

“Thanks to the Apple platform the show will be everywhere — people in more than 100 countries will have the ability to see it,” Zonder said. “For us it’s really amazing — a gift.”

During filming — before the sale to Apple TV+ — “we did feel like we were part of something good, we felt like everyone really wanted this series to be unique and special,” Sultan said. “But I couldn’t have imagined that everything with Apple would happen — it’s amazing.”

The show’s eight episodes aired in Israel in June and July, to largely rave reviews and a whole lot of buzz. And leaked episodes of the show that wound up in Iran received — unsurprisingly — a more mixed reaction. The government-aligned Kayhan newspaper called the series an “anti-Iranian production” that reveals the “pro-West and promiscuous” agenda of anti-Iran activists. Even before the show aired, the newspaper charged that the series “tries to portray the Zionist regime’s espionage system as so powerful that Israeli spies are roaming around Iran freely.”

But those involved with the show said they have received largely positive feedback online — even from viewers in Iran.

“It’s very exciting to read ‘good work’ from Iranian people and get this love from them,” Sultan said. “It’s kind of crazy — for me to see Farsi in my Instagram feed from Israel!”

Toub said he was ready to block any angry comments on his social media, but he was pleasantly surprised to receive positive feedback. “I hardly got any bad comments at all,” he said. “It was all love — a lot of love, a lot of appreciation.”

“The way the script was written, the hope is that people can just really watch this as a series and enjoy it without any hesitation, without any prejudices,” Toub added. “The show basically tries to show that people are just people and everybody is the same — and we all have our issues and our problems in life.”

Zonder said he hopes that the series can reach people around the world, and perhaps even change the way they view Israelis or Iranians or their own identities.

“It’s a show for everyone on earth, because the core of the show, the question about identity, is relevant to everyone,” he said, “no matter which country you’re from, or if you’re Jewish, Muslim or Christian.”